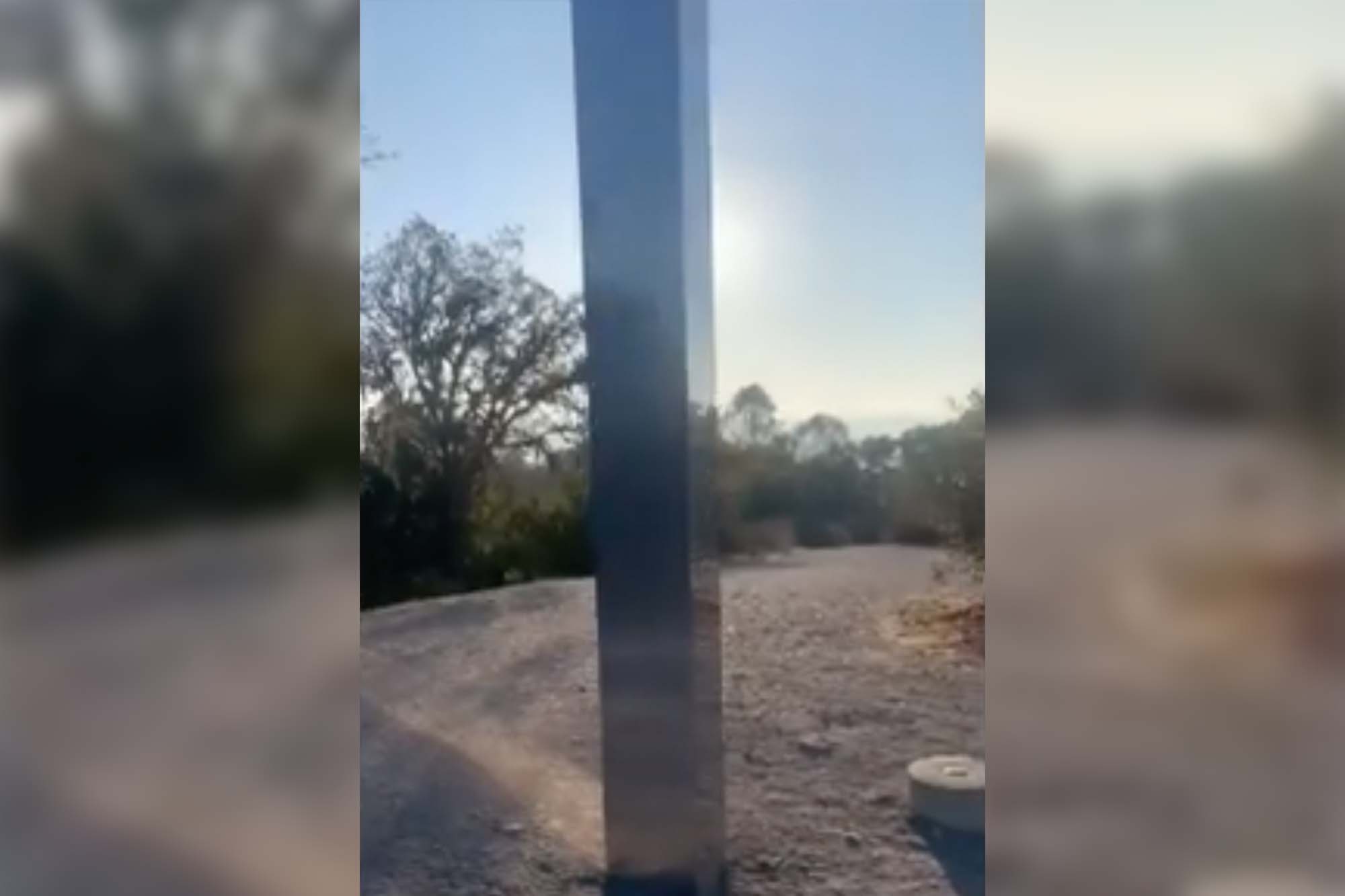 Yet another monolith has appeared — this time in California.

The mysterious silver structure — similar to ones recently found in Utah and Romania — was spotted by locals Wednesday morning atop Pine Mountain in Atascadero, a city in San Luis Obispo County.

Gary Lyons, a regular runner and hiker on the mountain, captured video of the 9-foot-tall stainless-steel object, noting “I guess this is a thing now.”

“Be prepared to see these everywhere,” Lyons says in the footage, obtained by Storyful, showing the three-sided structure backed by a scenic view of treetops and blue skies.

By Wednesday afternoon, dozens of hikers had made the trek up the mountain to view the obelisk, the Atascadero News reported.

Unlike it’s Utah sibling, the approximately 200-pound structure wasn’t attached to the ground, and appeared to be hollow at the top, the report said.

The Utah monolith was first spotted by wildlife officials counting sheep in a remote part of Red Rock Desert — before it was dismantled by an extreme sports pro and his pals.

“Sketchy” Andy Lewis, a BASE jumper and slackliner based in Moab, said he took down the creation to protect the public-lands it stood on, after a large number of people visited the site to snap photos — leaving behind trash and parking their cars on vegetation.

A local journalist told Reuters that the object was installed by a local welder near the ancient Dacian forest, which is an archaeologically protected area.

It’s unclear who erected the other two monoliths — or whether all three are somehow connected.

The mystifying structures have stirred worldwide speculation — with theories about their origins ranging from a marketing stunt to extraterrestrials.