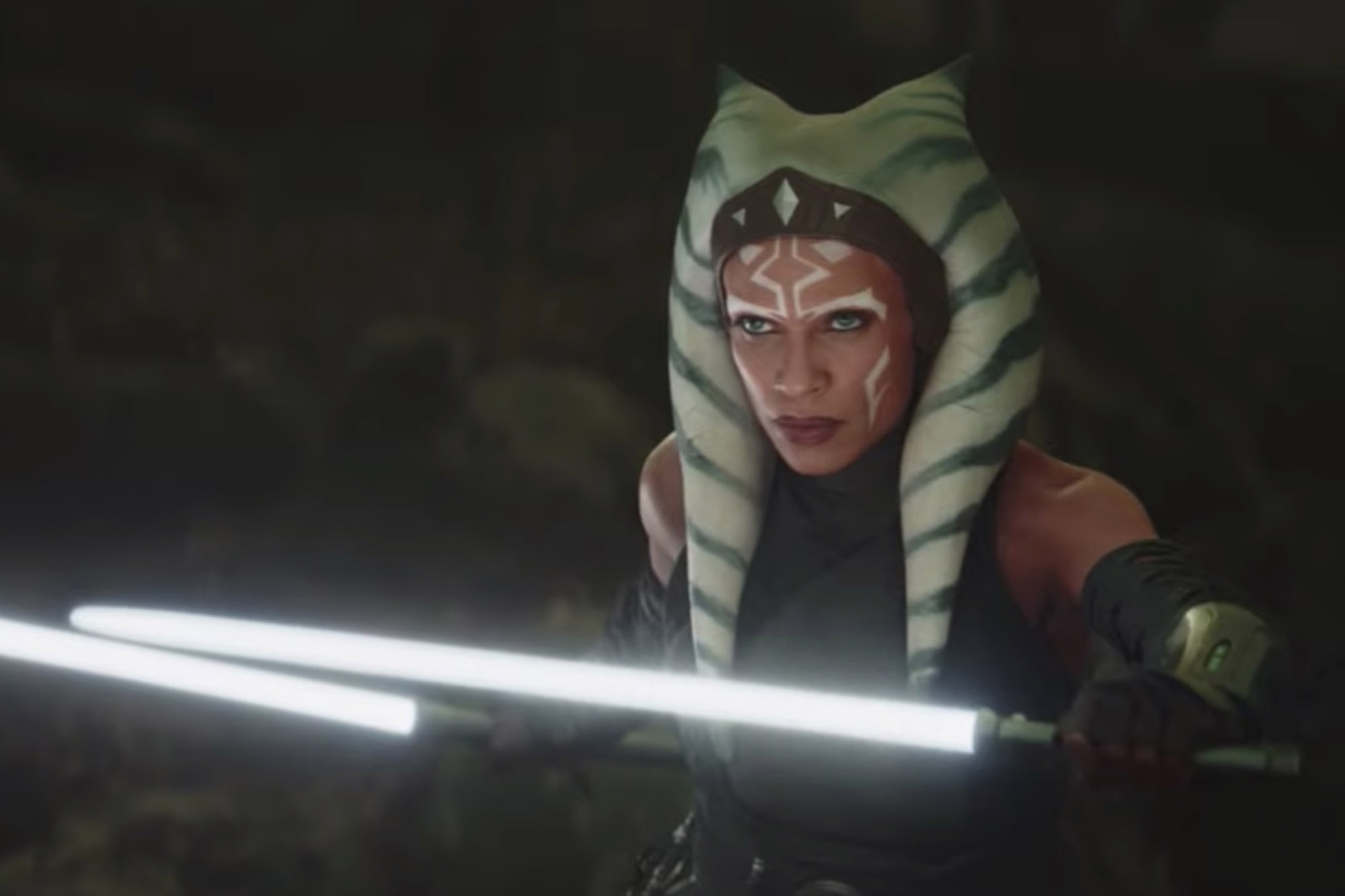 Allow me to reintroduce myself: the name is Grogu!

Spoiler alert warning: Stop reading now if you don’t want to know what happens in the latest episode.

A bad-ass former Jedi with a good heart, Ahsoka — hunted down by an unyielding Mando in his fervent quest to reunite Baby Yoda, aka The Child, with his Jedi tribe — reads The Child’s mind to discover he’s a planet Coruscant native and Clone Wars survivor named Grogu.

Unveiling his sordid history, Ahsoka (Dawson, 41) reveals Grogu was raised in a Jedi temple on the main city planet, and was trained by many masters before being hidden at the end of the Clone Wars, when the Empire and Darth Vader ascended to power.

“Someone took him from the temple,” Ahsoka informs Mando, “then his memory becomes dark.”

“I think Chapter 13 might be my favorite episode yet,” one fan tweeted. “Rosario Dawson was damn near perfection as #AhsokaTano, hope she returns. The whole episode had a very Kurosawa vibe to it. Filoni is the master. The Child/Baby Yoda finally has a name, Grogu! #TheMandalorian.”

Oh… My…. Goodness ! This was THE best episode. I really love where this story is going. And we have a name for “Baby Yoda “ 😲 I really really loved this one. Can’t wait to get home and wait it again #MayTheForceBeWithYou #Mandalorian 🙏🏼

OMG! This episode was so amazing. First of all #AhsokaTano is in the flesh and omg she looked so good she was amazing she was worth the wait,” another fan raved on Twitter. “Second, Baby Yoda finally has a name #Grogu. And OMG I almost cried just thinking that Mando and the child would split off.”

As for Mando’s search for Grogu’s kin, Ahsoka advises he take The Child to Tython, where he’ll find the ruins of an ancient Jedi temple that has a strong connection to the force. She tells Mando to place Grogu “on a seeing stone at the top of the mountain. Then Grogu may choose his path. If he reaches out through the force, there’s a chance a Jedi may sense his presence and come searching for him.”

“The Mandalorian Chapter 14” is set to air December 4 on Disney+.

This is a monumental Episode of #TheMandalorian
Seeing #AhsokaTano in live action just gave me chills. Thank you Dave Filoni, Rosario Dawson is amazing as Ahsoka and she nailed it. We got a name for Baby Yoda(Grogu), Thrawn is still alive which means Ezra is out there somewhere pic.twitter.com/7bwFM3XZU4