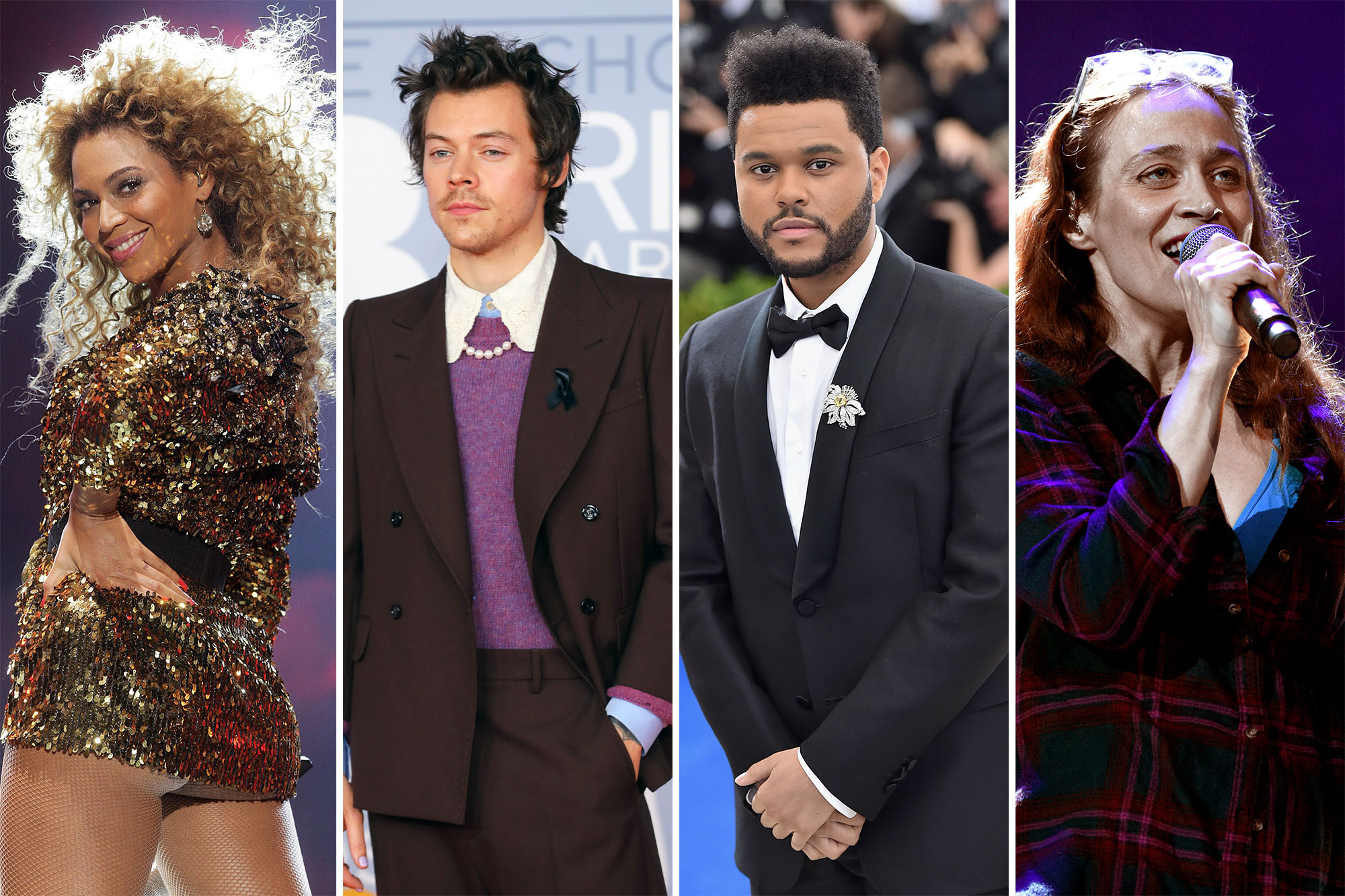 Grammy was totally “Heartless” to the Weeknd.

When the nominations for the 2021 Grammy Awards were announced in a live stream event on Tuesday afternoon, the three-time Grammy winner was completely dissed for his album “After Hours” — despite the fact that the LP featured not one, but two, No. 1 hits in “Heartless” and then “Blinding Lights.”

Nor was there much “Sugar” on the top of Harry Styles’ great year. The former One Direction heartthrob failed to get any nominations in the major categories despite notching his first No. 1 solo single with “Watermelon Sugar,” another Top 10 hit with “Adore You” and a chart-topping album with “Fine Line.”

Styles and the Weeknd weren’t the only major pop stars to surprisingly be shut out of the Big 4 categories (Album, Record and Song of the Year and Best New Artist). Justin Bieber also came up empty in the primo fields, despite a big comeback year that started with his album “Changes” and included hits such as “Yummy,” “Intentions” and “Stuck With U” (with Ariana Grande) amid what felt like a continuous amount of output through the year.

And despite making a fan-friendly return to the dance floor with “Chromatica,” Lady Gaga ended up in the shallow in the top categories, too. Instead, in a twist that will piss off Little Monsters everywhere, Dua Lipa — who covered similar disco-diva territory in her “Future Nostalgia” LP — twirled away with an Album of the Year nod plus Record and Song of the Year nominations for her hit “Don’t Start Now.”

But at least Styles, Bieber and Gaga can take consolation in the fact they still got some lesser love from the Grammys. Between them, they picked up seven pop nominations, while Bieber and Styles also scored nods for Best Country Duo/Group Performance (“10,000 Hours”) and Best Music Video (“Adore You”), respectively.

Other superstars fared better, including Beyoncé, who leads with nine nominations. But as much as it can be a surprise for someone who already has a whopping 24 Grammys to head the pack of contenders this year, it kinda feels that way.

While Beyoncé’s Record of the Year nomination for her “Savage (Remix)” collaboration with Megan Thee Stallion was to be expected, her Record and Song of the Year recognition for her single “Black Parade” — not a hit by any Bey standard — is somewhat of a shocker.

“Black Parade,” though, was a statement record from Queen B in the midst of the Black Lives Matter moment. And, featured in “Black Is King,” the song’s showing demonstrates the cultural impact that her visual album had.

Another big act that surprised in the top categories is Coldplay, nominated for Album of the Year for “Everyday Life.” Although it was an ambitious and eclectic work — ostensibly a double album — from Chris Martin’s crew, it pretty much came and went for a band of Coldplay’s stature. And it’s rare for an LP to get just one single nomination — and have it be for Album of the Year.

More “typical” surprises were the nominations for alt-R&B artist Jhené Aiko and neo-soul duo Black Pumas in the Big 4 categories: Aiko’s “Chilombo” is up for Album of the Year, where she’ll face off against Black Pumas for their deluxe self-titled set, while the twosome is also nominated for Record of the Year for “Colors.”

For the first time ever, every nominee in the Best Rock Performance category is a female-led act, including the likes of Phoebe Bridgers, Big Thief, Haim, Brittany Howard, Grace Potter and Fiona Apple, whose album “Fetch the Bolt Cutters” was not nominated for the Big 4 — deemed a snub by fans.

But the biggest surprise of all has to be the Album of the Year nomination for Jacob Collier. Who the hell is he? Well, he’s a 26-year-old jazz vocalist and multi-instrumentalist from London who no one saw coming with his LP “Djesse Vol. 3.”

More predictable were Taylor Swift’s six nominations for her surprise “Folklore” LP, including Album and Song of the Year. She’s tied for the second most nods with Dua Lipa and Roddy Ricch.

Also noteworthy was BTS making the cut in the Best Pop Duo/Group Performance category for the group’s English-only hit “Dynamite,” giving them historic honors as the first K-pop act ever to get a Grammy nomination.

Meanwhile, rapper of the moment Megan Thee Stallion leads the race for Best New Artist — among her four nominations — but it’s a surprise that “WAP,” her summer smash with Cardi B, didn’t get anything.

It certainly would have been a killer moment to have MTS perform both “Savage (Remix)” with Beyoncé and “WAP” with Cardi when the Grammys — hosted by Trevor Noah — take place on Jan. 31. But then again, that might have been too much hotness to handle.