Hosni Mubarak died at a hospital in Cairo at the age of 91 after undergoing surgery. Egyptian state media, as shared by The New York Times, did not specify what surgery he had undergone, only that he had suffered from health complications.

Hosni Mubarak’s death leaves his wife of 62 years a widow, Suzanne Mubarak. She was by his side throughout his presidency and was an active First Lady of Egypt.

Here’s what you need to know about Hosni Mubarak’s wife, Suzanne Mubarak:

Egyptian president Hosni Mubarak (R) and his wife Suzanne Mubarak on December 11, 1986, during an official visit to France.

She met Hosni Mubarak when she was just 16 years old, and he was serving as an Egyptian Air Force officer. Although he was 13 years her senior, they married the following year, when she was 17. They had two sons together in the years that followed, first Alaa Mubarak in 1960, then Gamal Mubarak in 1963.

According to an interview with The New York Times in 1988, after 10 years of marriage, Suzanne returned to school and graduated in 1977 from the American University in Cairo with a bachelor’s degree in political science. She received her master’s degree in sociology from the same university in 1982.

She said in the same interview that Egypt was struggling with the tensions between modernizing Egyptian society and the influence of the West: “How can we have Western technology and at the same time maintain our own values and traditions that we cherish so deeply? This is always this conflict, and it will continue I think.”

2. As a First Lady, She Was Very Active in Child & Family Organizations and Conferences

She became a very prominent and active First Lady of Egypt after Hosni Mubarak became president in 1981. She was the head of the Egyptian delegation to the U.N. for all conferences about women and children. She collaborated with the British Museum in 1985 to open the Child Museum of Cairo.

In her 1988 interview with The New York Times, Mubarak stated that she didn’t believe she was the First Lady of Egypt, saying that term is “an import, a Western title.” She explained that “As wife or first lady, you must be committed to try and help solve these problems. There is so much to be done – the wife of the President doesn’t have much choice – she is committed to help.”

Later, in 2005, she opened the Hurghada branch of the Mubarak Public Library, as one of her passions was to promote reading and literacy in children. In 2008, she became the Goodwill Ambassador of the United Nationa’s Food and Agriculture Organization (FAO).

According to the FAO’s profile on Suzanne Mubarak, she was nominated “in the light of her active involvement in the daily struggle for a decent life of those who are disadvantaged, hungry and suffering.” The profile continues, “Mrs Mubarak is tirelessly pursuing a number of programmes in support of education, health, culture awareness and other activities to provide assistance and subsistence to the population, with a special attention to the development of women.”

3. She Has Won Dozens of Honors and Recognitions on the World Stage

Suzanne became known as a powerful player in Egyptian politics during her husband’s presidency, with some media outlets reporting that she was responsible for a lot of behind-the-scenes decisions. The New York Times described Suzanne as speaking “slightly accented English” as well as being “poised and articulate.”

She received the “Maurice Pate Award” from UNICEF in 1989 to recognize her efforts for child development and protection and in the same year, she was given an award by the Rehabilitation International Centre for her work in supporting disabled children.

She also received the UNESCO Avicenna Medal in 1997 due to her role in promoting culture and arts in Egypt. She also received numerous honorary doctor degrees from different universities for her work in women’s rights and children’s organizations and education.

4. She Has 2 Sons With Hosni Mubarak & Both Served 4 Years in Prison After the Revolution

Tragically, Suzanne’s grandson Muhammad Mubarak died on May 18, 2009. Newsweek reported that after complaining of pain in his head, the 12-year-old boy fell into a coma. He was flown to Paris for emergency treatment and died a few days later, believed to be due to a cerebral hemorrhage.

Both Alaa and Gamal served four years in prison for corruption after the 2011 revolution that ousted Hosni Mubarak from the presidency. Gamal Mubarak became involved in politics, whereas Alaa has kept mostly out of the public eye.

Alaa Mubarak posted on Twitter about the death of his father, Hosni Mubarak. 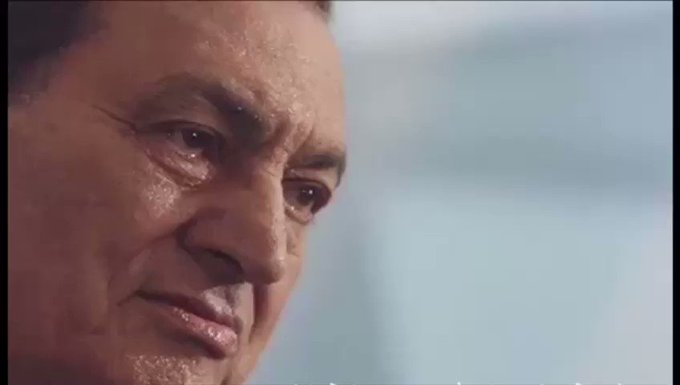 77.8K people are talking about this

5. She Is the Daughter of an Egyptian Father and Welsh Mother & Has an Older Brother

Suzanne was born in Al Minya Governorate on the Nile River on February 28, 1941. Her parents were Saleh Thabet, an Egyptian pediatrician, and Lily May Palmer, a Welsh nurse. She attended school in Heliopolis, Cairo. Her parents met when Saleh was a 29-year-old medical student in Cardiff University and Lily was a 29-year-old nurse on Camden Road, Islington.

Suzanne has an older brother, Mounir Sabet, who is the former president of the Egyptian Olympic Committee until 2009. He was also a member of the International Olympic Committee from 1998 to 2016 and is now an Honorary Member.