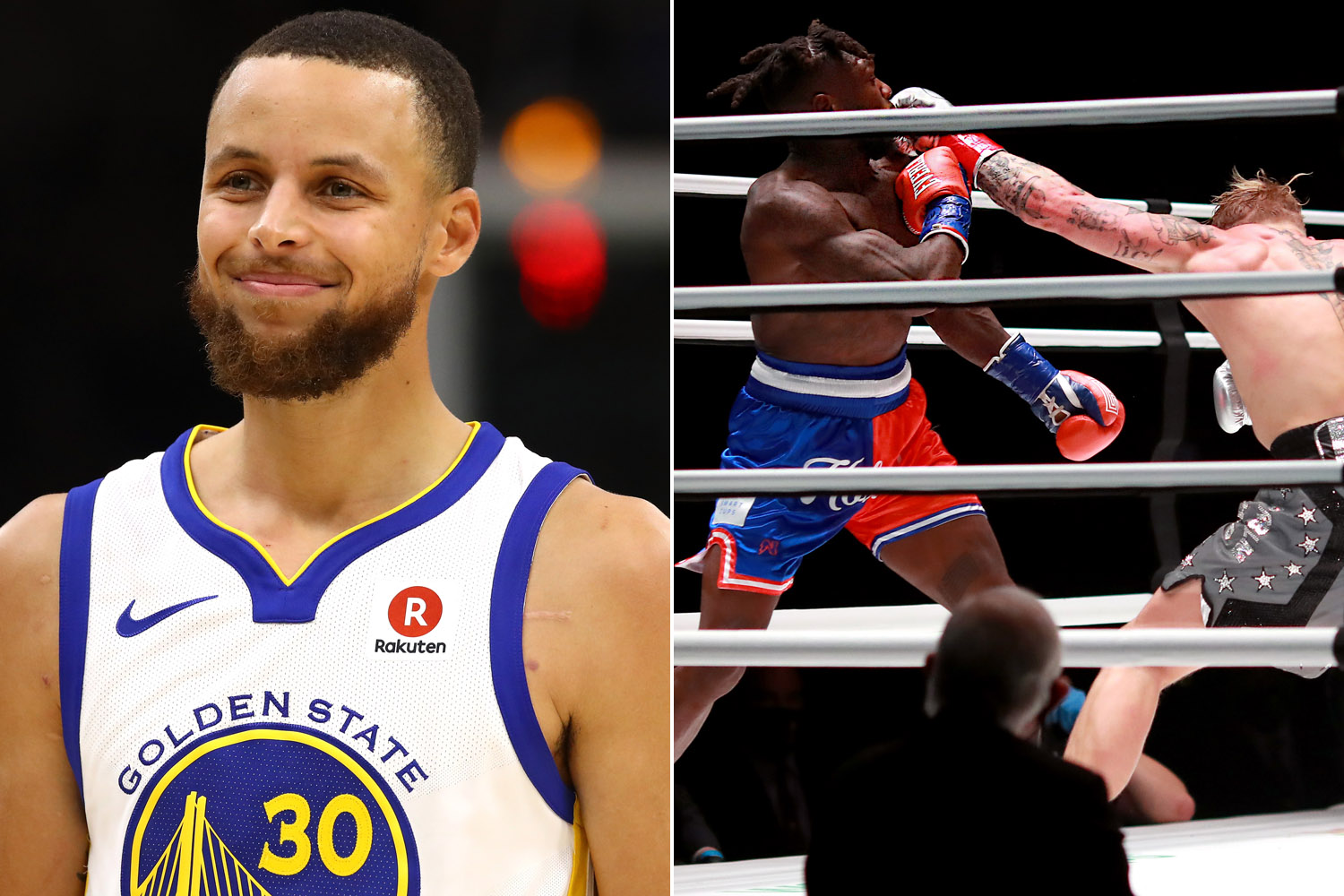 “Gonna shock the world bro,” Robinson said in a previous tweet, to which the Warriors superstar replied after the fight, “I see no lies.”

Curry, fresh off The Match 3 with Peyton Manning, Charles Barkley, and Phil Mickelson, also added, “Be ok Nate……come on man.”

Curry’s wife Ayesha also commended Robinson for stepping out of his comfort zone despite the result.

“Don’t care about the KO, I just think it’s cool to see someone trying something new and stepping out of their comfort zone. That’s dope and inspiring. You don’t have to just be one thing. I never want to live a life where I look back and say I didn’t try something I wanted,” she posted.

In addition to the Currys, other members of the NBA community — not to mention athletes in general — weighed in on Robinson’s buzzy debut.

“That was no representation of the NBA family lol,” Nick Young wrote.

Evander Kane of the San Jose Sharks also quipped about tossing his hat into the ring next.

“Jeeezzzz 😳 maybe I should take on @jakepaul next,” Kane tweeted.