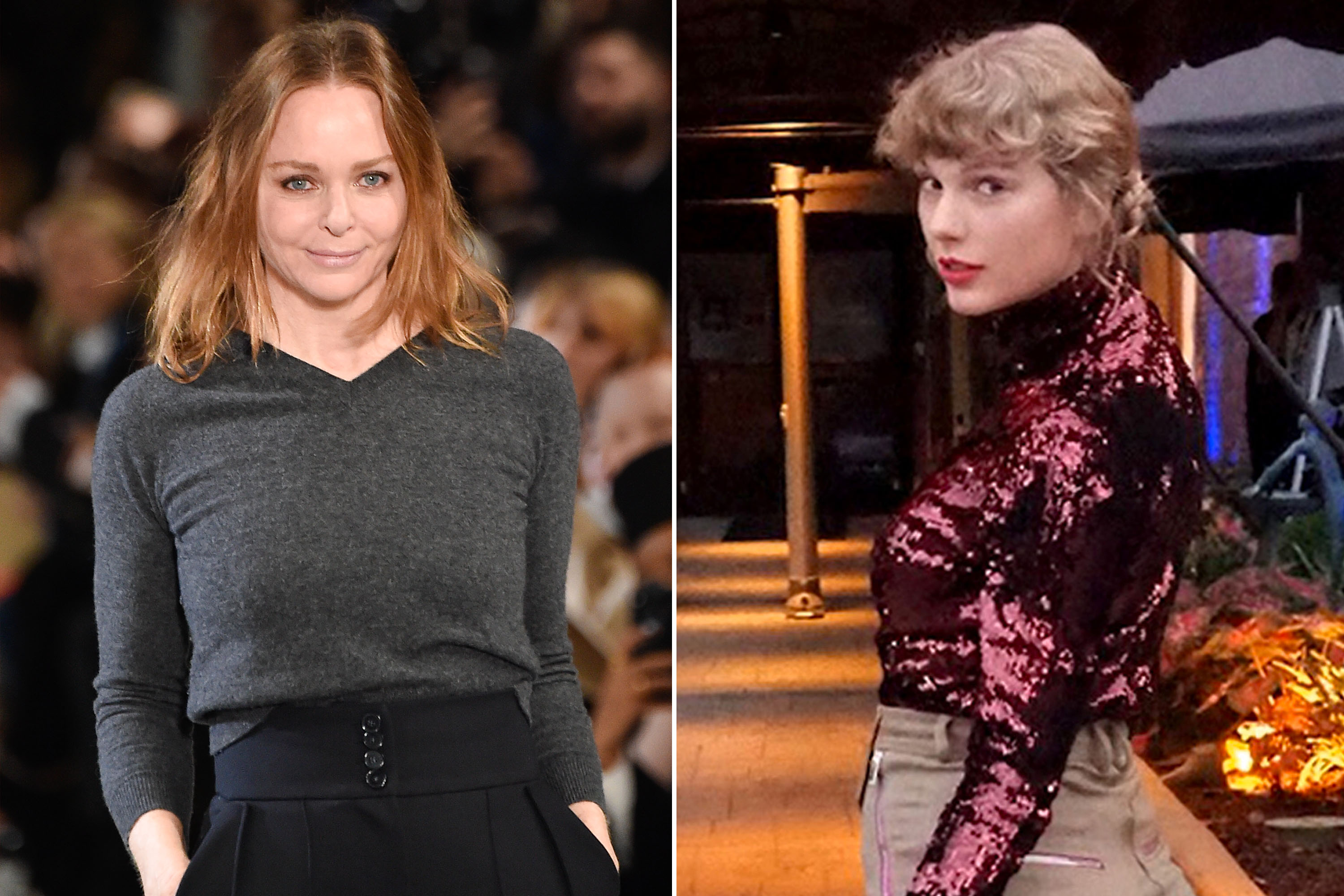 “Stick with me, I’m your queen / Like a Tennessee Stella McCartney,” Taylor Swift sang on her 2019 track “London Boy” — and in the year since, the bond between the pop star and the British fashion designer has only grown stronger.

For the artwork on her new album “Evermore,” which she released Friday at midnight, Swift turned to McCartney for outfits that reflected her music’s woodsy, ethereal vibe, an aesthetic first introduced for her previous studio album, July’s “Folklore.”

On the “Evermore” album cover, 30-year-old Swift stands with her back to the camera with her hair in a French braid, clad in a single-breasted checked coat ($2,720) from McCartney.

In another image from the shoot, she sports a faux shearling-lined denim jacket ($1,323) by the designer, who famously eschews leather, fur and skins in her animal-friendly clothes.

“Stella is so creative,” Swift told fans during a YouTube Q&A ahead of her “Willow” music video premiere Thursday night. “I told her I had a secret project and she designed clothes that were EXACTLY what I imagined. I drove to her office, picked them up and took them into the woods!!”

McCartney, 49, opened up about working with Swift on Instagram. “When a friend comes to you, explaining she needs help styling and finding pieces to reflect her new secret project, it’s a precious gift,” she wrote. “Creating the collection was effortless — a rare moment full of warmth and ease, at a time when friendship is more important than ever.”

Continued the fashion fixture, “Knowing someone well makes creating something for them easier. With Taylor, everything happened so naturally; the pieces I made reflected the effortless emotionality of her album. Complementing a friend’s creation is rare and precious and feels incredibly special.”

McCartney has been Swift’s go-to outfitter of late; the Grammy winner wore her clothes to perform at the 2020 ACM Awards in September and on the cover of Rolling Stone’s December 2020 issue — for which she posed alongside the designer’s father, music legend Paul McCartney.

The pair linked up while Swift was working on her album “Lover” last year; in addition to writing McCartney into her lyrics, she released a clothing collaboration with the designer inspired by her music.