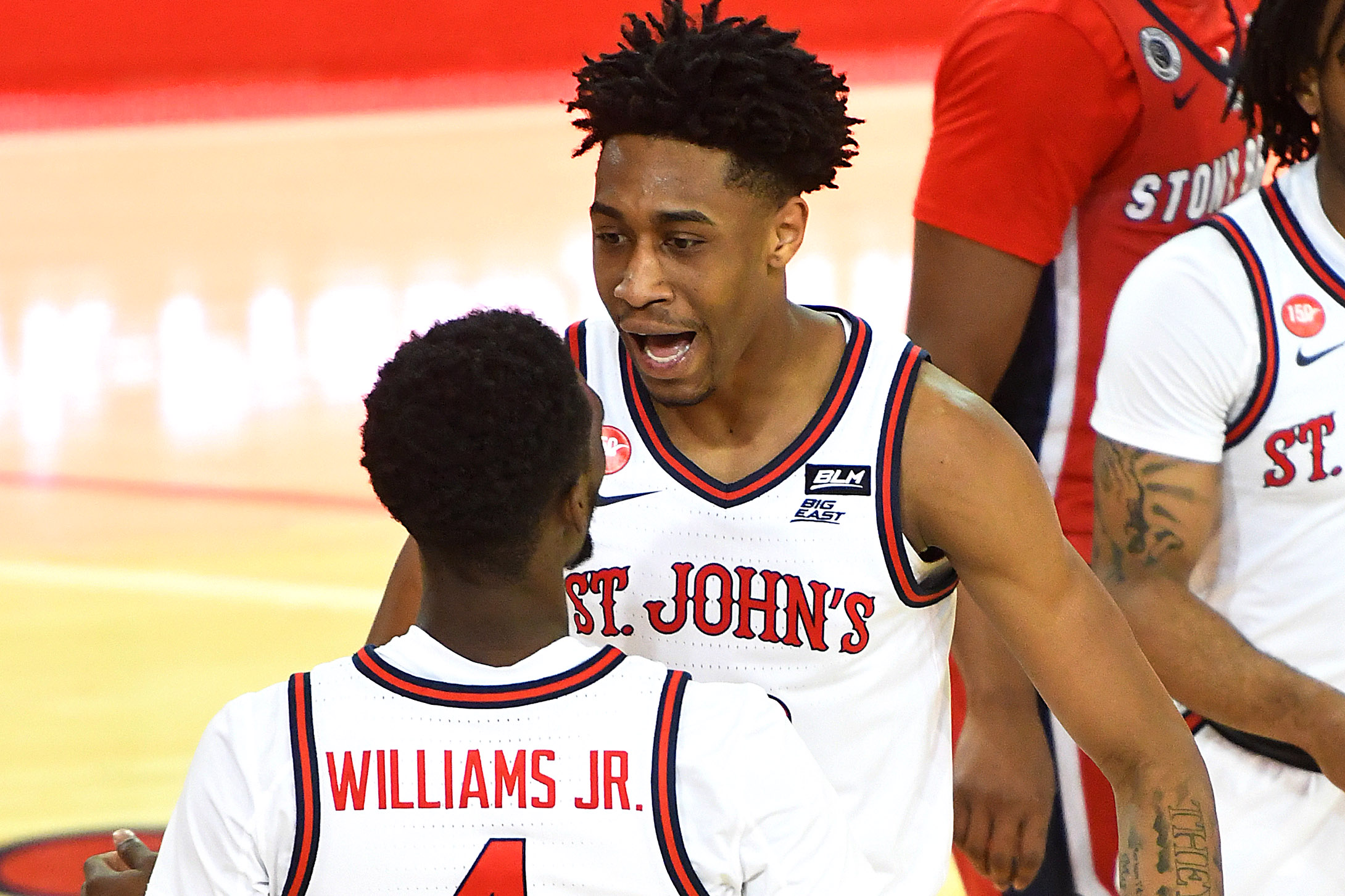 St. John’s will open Big East play with a rival – but not the one that it was scheduled to play.

After its league opener against UConn on Friday night was cancelled due to a positive COVID-19 test in the Huskies’ program, the Johnnies will now visit Seton Hall on Friday at 4:30 p.m. at the Prudential Center. after the Pirates game with DePaul was called off.

One of DePaul’s players had a positive COVD-19 test.

St. John’s (4-1) has now had to reschedule three games due to the virus, though it has yet to lose any of those contests. On Sunday, it defeated Stony Brook, a stand-in for Sacred Heart, and on Tuesday it will play host to Rider after Fordham had to cancel. The Pirates have started slowly against a difficult schedule, losing at Louisville, Rhode Island and at a neutral site against Oregon, before rebounding to come back from 19 points down to knock off Penn State Sunday night.

St. John’s and Seton Hall (2-3) last opened Big East play against each other two years ago in Newark, with the Pirates winning at the buzzer on Shavar Reynolds’ 3-pointer. The game was also remembered for a blown call that led to Reynolds’ shot.

St. John’s was leading Seton Hall by a point with 3.9 seconds left, when LJ Figueroa deflected the inbounds pass, and saved it from going out of bounds by tipping it to teammate Mustapha Heron. But official Mike Stephens inadvertently blew his whistle in the middle of the play, negating the steal. Days later, the league called it “an error in judgement.”

Seton Hall has owned the rivalry in recent years, sweeping the series last year and winning eight of the past 10 meetings.