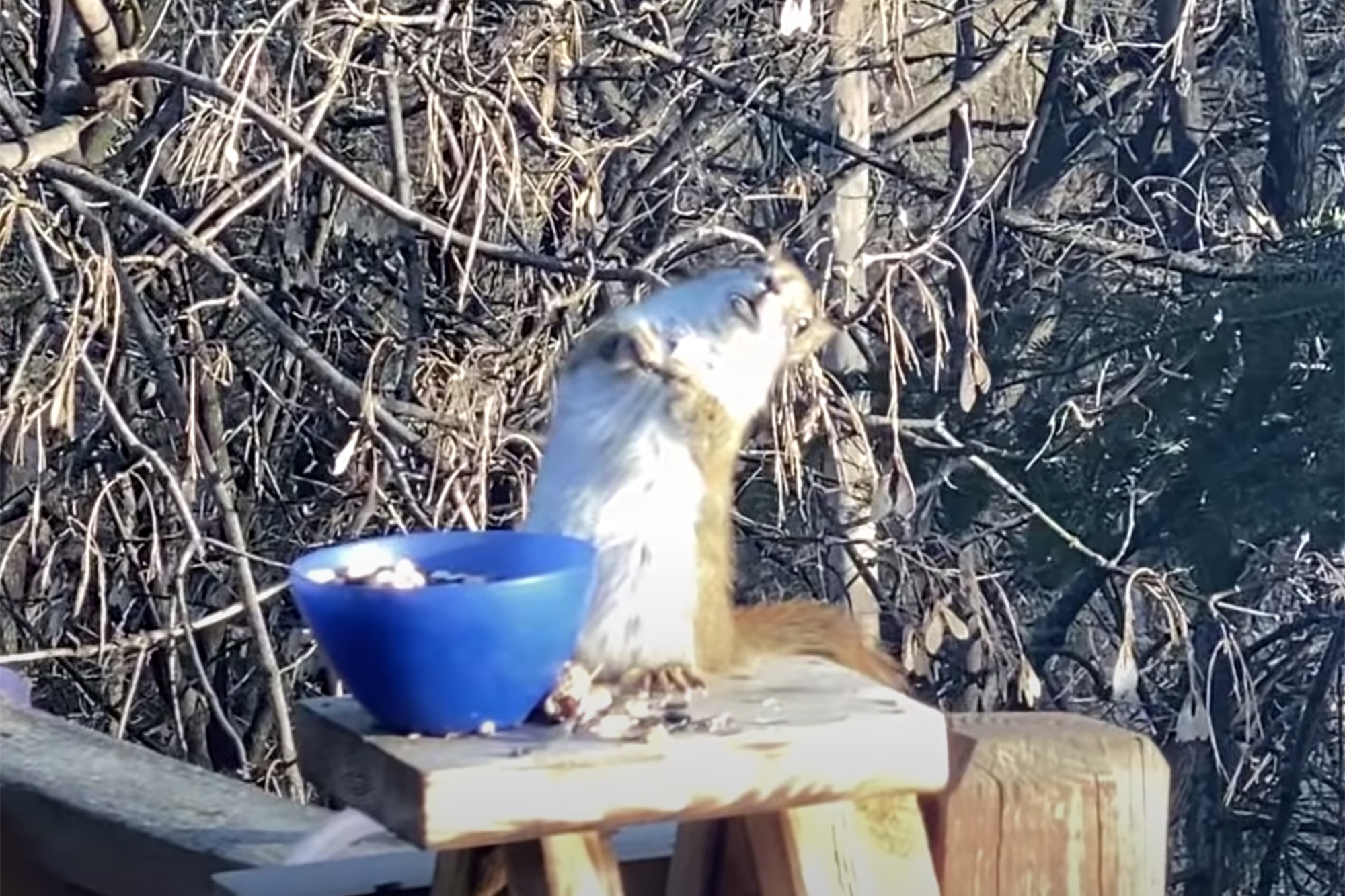 This squirrel’s drunk as a skunk.

A boozehound rodent was caught looking hilariously wobbly after getting wasted off of a fermented pear in Minnesota, wild footage shows.

Video shows the half-cocked critter is stumbling and nearly toppling over sideways — before steadying himself on the edge of a bowl — after going nuts for the fruit in Inver Grove Heights.

Local animal lover Katy Morlok told Fox 9 she put old pears in a bowl in her backyard for wildlife then spotted the squirrel, who she nicknamed Lil Red, snatch one and scamper up a tree.

“It kind of dawned on me: ‘Oh no, those pears were so old, I bet they fermented,’” Morlok, who shot the wild footage, told the station.

The squirrel feasted on the forbidden fruit, which had become alcoholic over time, and later returned for more — looking zonked-out and gazing with glassy eyes up at the sky.

But after Morlok shot the footage, the animal came back again the next day in fine condition, Morlok said.

In a nutshell, she said, he probably just wanted some hair of the dog.

“In the morning, he came back for his little hangover breakfast and he’s been fine ever since,” she said.