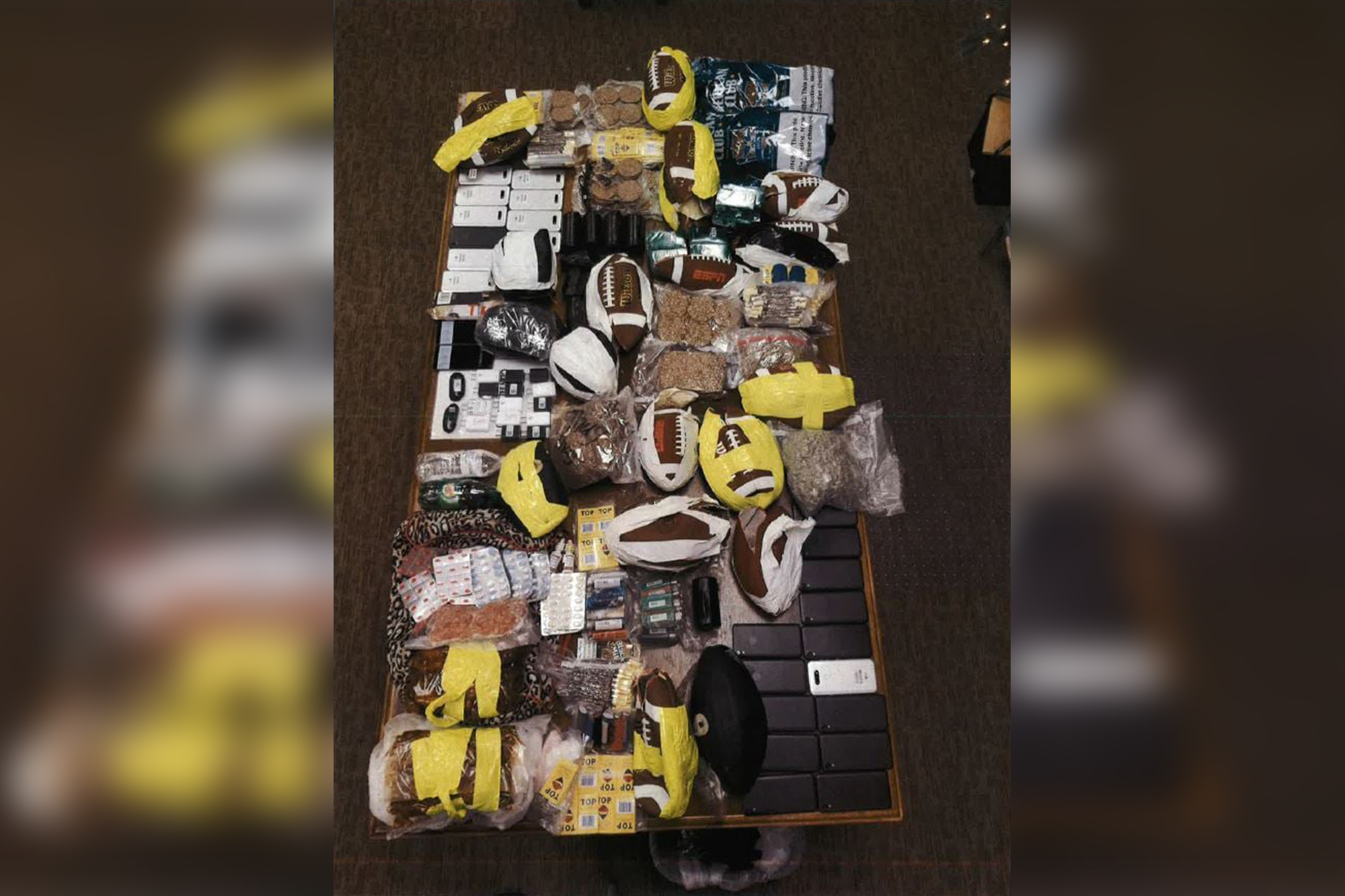 Would-be smugglers threw seven pounds of chicken wings over the 18-foot fence of a Mississippi prison this week.

But the not-so-fast food delivery was intercepted, as were the cigarettes, cigars, marijuana and cell phones that were also tossed over the fence at South Mississippi Correctional Institution, officials said.

The goodies — some of which were hidden inside footballs, making them easier to toss onto the the prison grounds — were all confiscated by guards after being detected by new sensing technology, according to the Mississippi Department of Corrections.

No arrests have been made. Authorities are searching for a vehicle believed to have been carrying the suspects that was spotted by correction officers after the smuggling attempt.

Prisoners who are found to be linked to the incident will lose early release eligibility, authorities said.