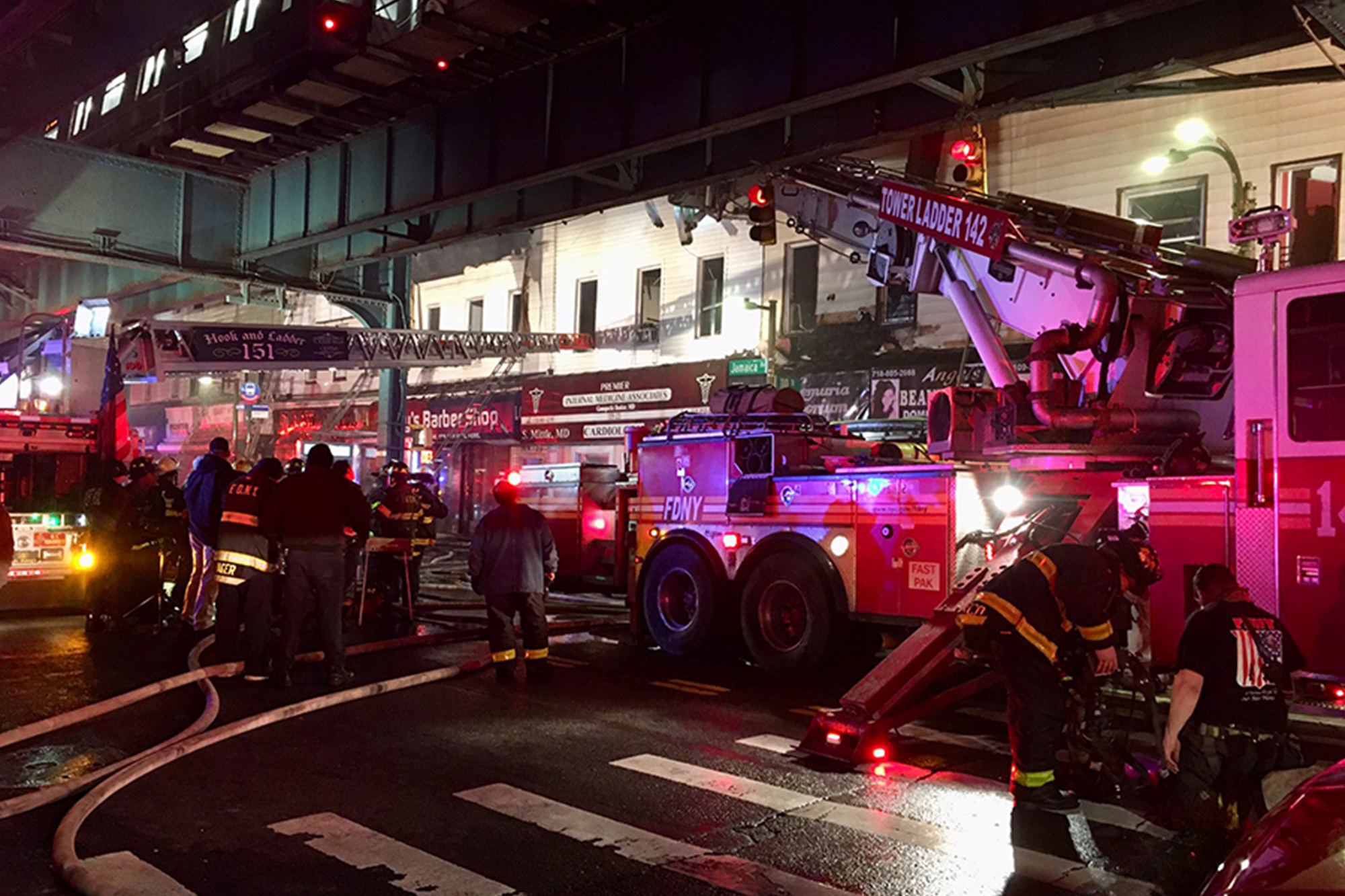 The blaze, in a mixed residential and commercial neighborhood, started at around 1 a.m. and had spread to multiple buildings, CBS New York reported.

The fire’s original location was 109-2 Jamaica Ave., according to FDNYalerts.

By 3 a.m. it had grown to a six-alarm fire, they reported.

There were no injuries reported, the FDNY said at 3 a.m.