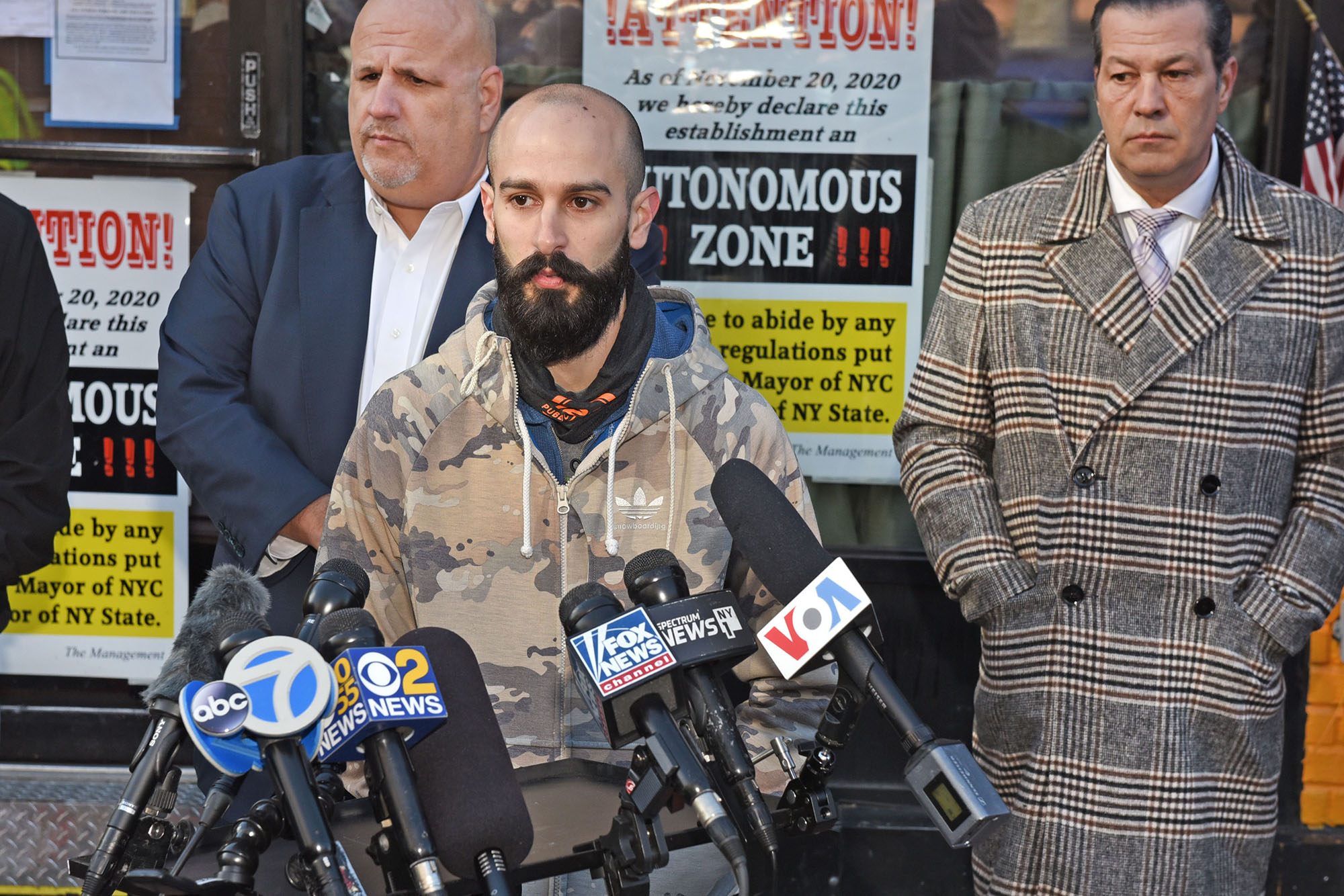 The Staten Island bar owner who allegedly drove into a sheriff returned to his watering hole Monday night for another Fox News interview — and said he’s happy for the financial backing he’s received from supporters online.

“It’s great and once we sort through this, the goal for the page is also to help get small business back on open,” Danny Presti told The Post as he walked into Mac’s Public House ahead of the 9:30 p.m. interview.

A GoFundMe page organized by Presti to help support his bar raised over $92,000 by Monday night.

Presti is accused of slamming his new Jeep into sheriff’s sergeant Kenneth Matos, fracturing both of his tibias, around midnight Sunday, authorities and law-enforcement sources have said.

He was allegedly fleeing an attempt to arrest him for illegally operating the rogue Grant City watering hole in defiance of COVID-19 restrictions.

“One of the deputies injured his ankle. Either he tore a ligament or something, we still don’t know the extent,” he said.