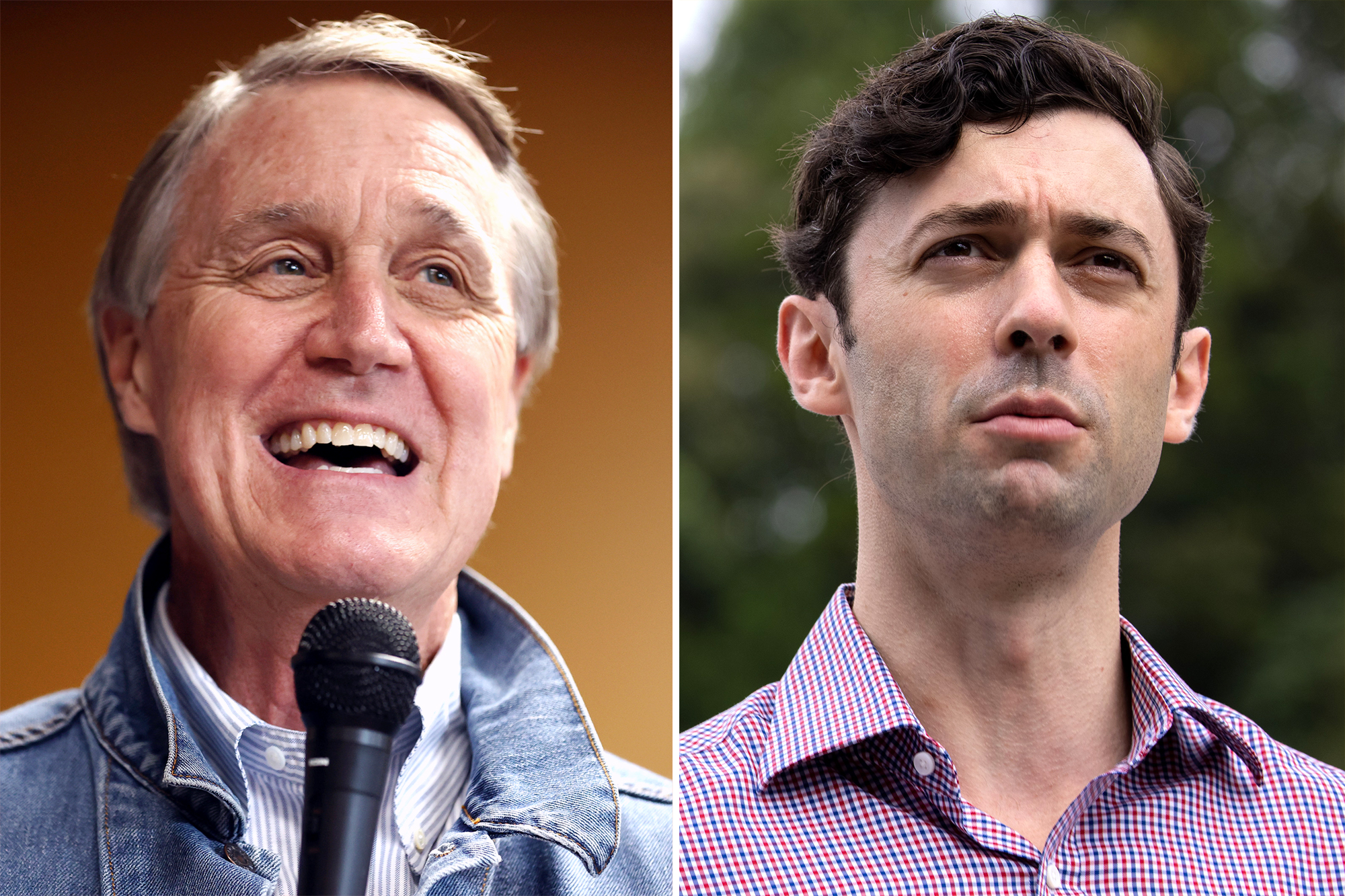 Georgia Sen. David Perdue’s campaign mocked his runoff opponent Jon Ossoff for eating a vegan burger Saturday — posting a photo of the Republican with a plate of bacon.

“We got Jon Jon running for Senate in the building!” one worker shouted, according to the post.

But Perdue’s campaign quickly took to Twitter to troll Ossoff, posting a photo of the 70-year-old Republican next to a hearty breakfast spread of bacon and waffles.

“@ossoff can have the plant burger, we’ll take the all-star special. Pick your side, Georgia,” the tweet declares, apparently referencing a Waffle House breakfast item.

Ossoff’s veggie-centric visit also sparked criticism from die-hard carnivores, who said his diet is proof he won’t be a strong leader.

“Beta,” one Twitter user bashed, as another called the food choice “embarrassing.”

Still, plenty of fans defended the pol, pointing out he likely chose to support the eatery because it’s black-owned and a local favorite.

“The self-made business owner is a community leader and her business enjoys blocks long lines each weekend. @ossoff was smart to pay a visit,” one Twitter user wrote.

But ultimately, Ossoff’s plant-based publicity stunt may have missed his target demographic, another user argued.

“Someone tell him he needs to hit up a steakhouse. 100% of vegan burger joint customers were already voting Ossoff. It’s the meat & potatoes crowd he needs to win over,” the user said.