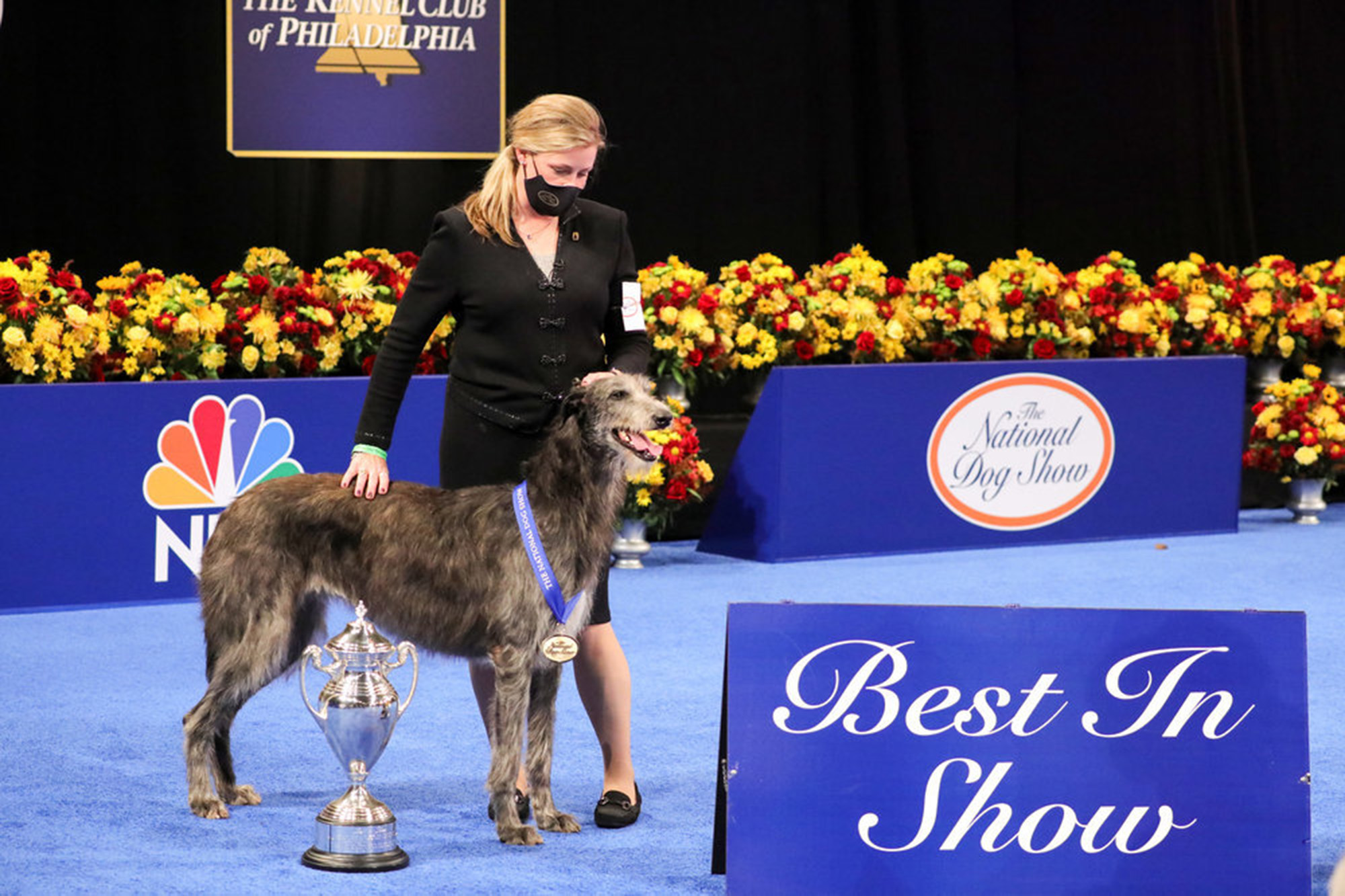 A Scottish deerhound named Claire was named the winner of the National Dog Show 2020 Thursday, according to a report.

The tall grey dog is the first of her breed ever to be named best in show at the Thanksgiving day contest, lehighvalleylive.com reported.

The dog show has been hosted by the Kennel Club of Philadelphia annually since 1933.