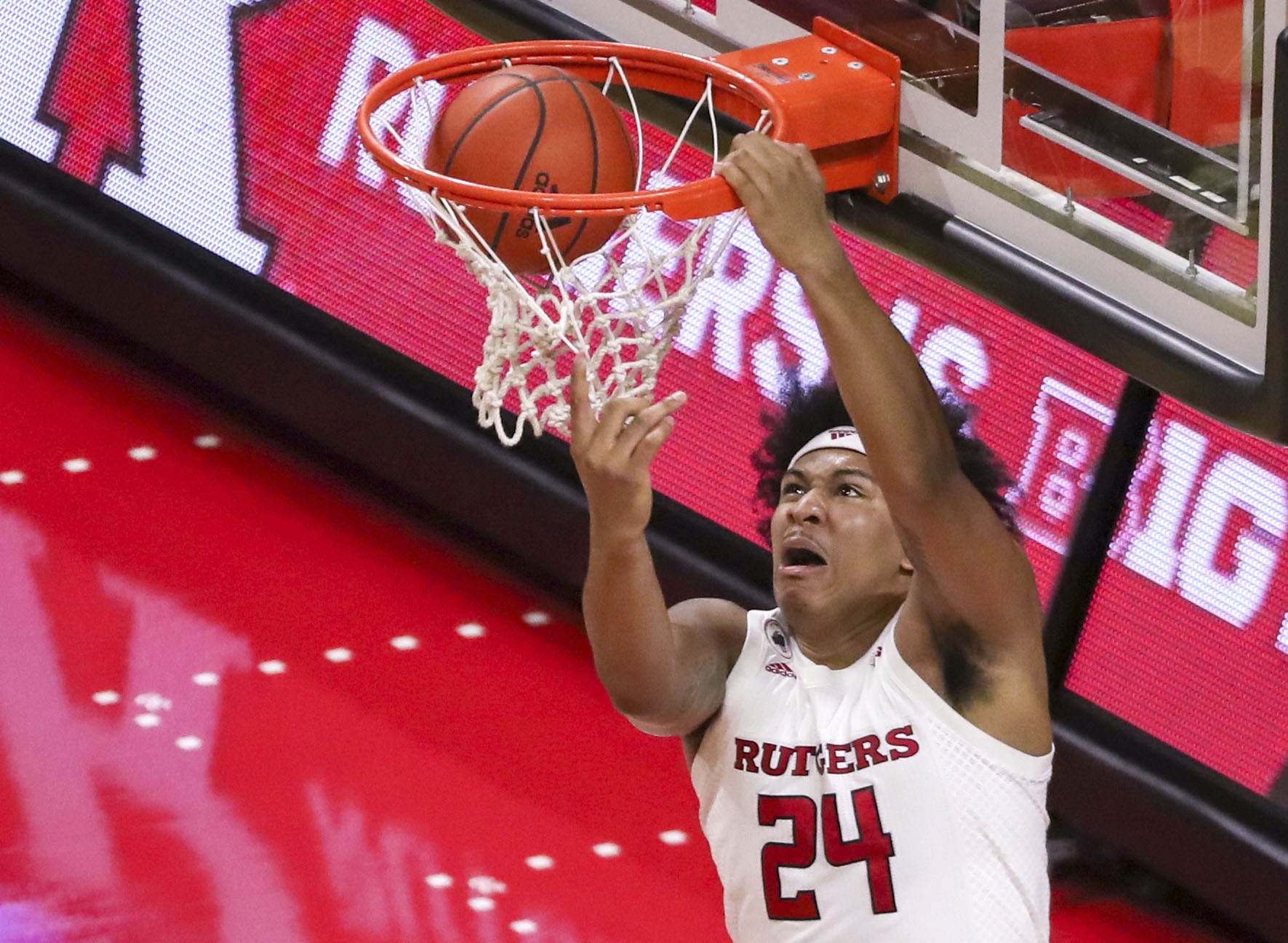 PISCATAWAY, N.J. — No. 24 Rutgers opened up its most anticipated season in decades without its sixth man.

While Rutgers will be without junior swingman Caleb McConnell, who will take a medical redshirt because of a back problem, it was the missing fans that were more jarring. With the Scarlett Knights ranked in the AP preseason poll for the first in 41 years, the buzz that would have been around the Rutgers Athletic Center was missing.

Due to COVID-19 restrictions, only 150 people were allowed in the 8,000-seat venue that saw 10-consecutive sellouts last season as Rutgers rose in the Big Ten and Top 25 rankings.

Nonetheless, freshman center Cliff Omouryi had 14 points on 6-of-6 shooting and added 11 rebounds to help Rutgers beat Sacred Heart 86-63 on Wednesday night in their opener.

“I was leaving everything to my teammates because they make me feel comfortable to play,” the 6-foot-11 Omoruyi said. “They fed me in practice and it showed in the game. They were passing the ball, I was rebounding, and we came together for the win.”

Ron Harper Jr. had 18 points and Montez Mathis added 17 for Rutgers (1-0). Paul Mulcahy and Myles Johnson also were perfect from the field for the Scarlet Knights. Mulcahy had 15 points on 7-of-7 shooting and added seven assists, and Johnson was 5 of 5 for 10 points.

“Paul has been tremendous,” Rutgers coach Steve Pikiell said. “He’s a worker, he devours films, he’s got a really good feel as you can see seven assists and one turnover, he’s worked on his jump shot all summer long.”

While a soundtrack of crowd noise was pumped over the RAC speakers, and cardboard cutouts in place of fans, the game felt more like a closed scrimmage than the start of a season with more hype around it than has been around the program in recent decades.

“The cutouts are weird,” Harper said. “It’s with weird implemented crowd noise and a bunch of cardboard cutouts staring at you — it’s just different. The first five minutes were definitely new to all of us out there and really trying to figure stuff out and create our own energy but after that, we were looking at the cutouts like there was a part of the crowd. (Reserve) Luke Nathan was jumping off the bench every TV timeout waving his hands in the air like we had a crowd so it just felt great to be at home at the RAC again.”