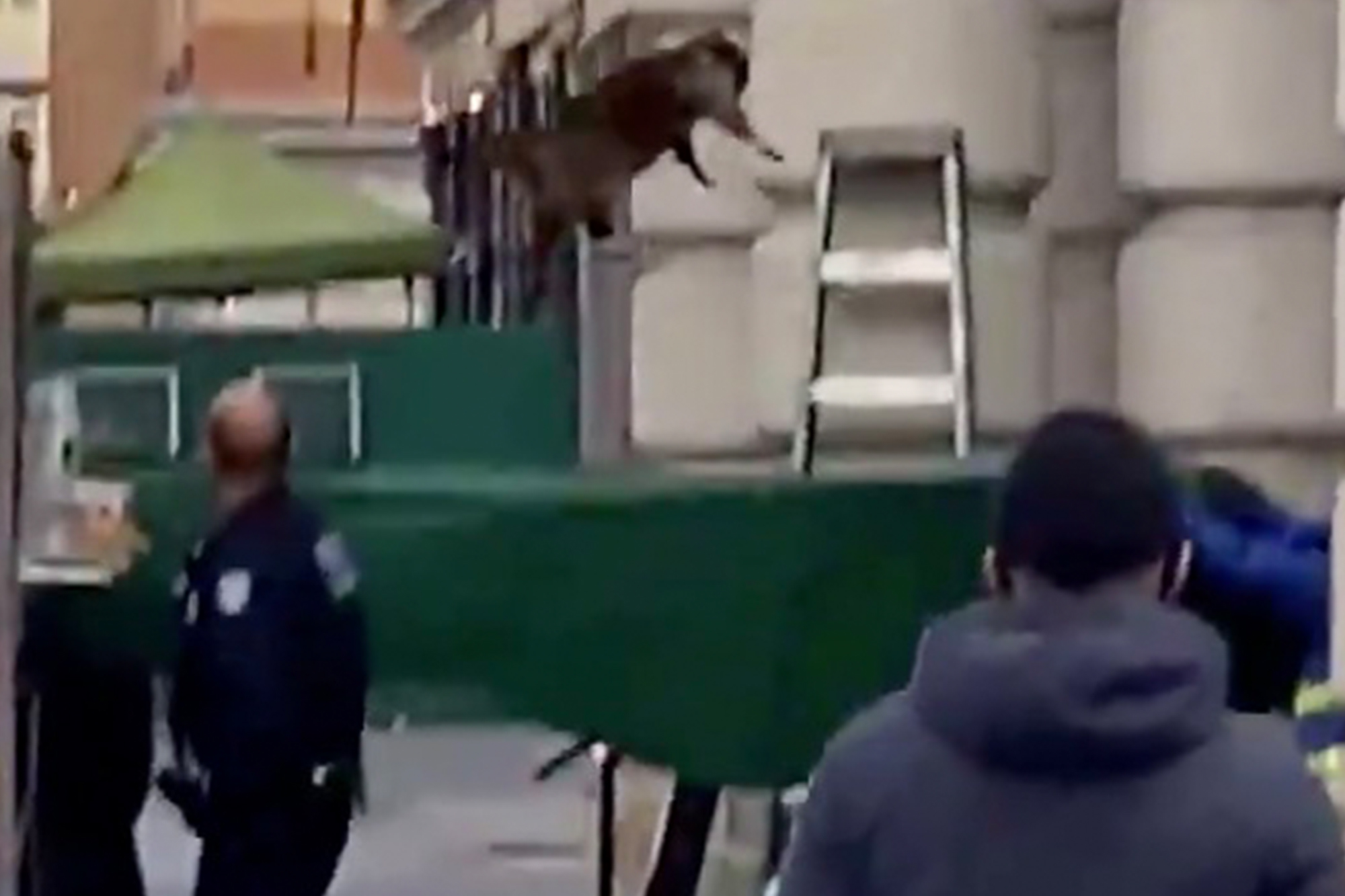 At least he had the courtesy to wear a mask.

A giant raccoon caused a stir in downtown Manhattan Monday when it scaled a building and was rescued by a group of witnesses holding up a tarp.

The critter was spotted shortly before 10 a.m. on a roughly 20-foot high ledge of a building on Hudson Street near Franklin Street in Tribeca, police and a witness said.

It’s unclear if the raccoon was stuck, but a group of people took matters into their own hands to get the animal down.

Video posted to Twitter shows a man wedged high up between two building columns using a plastic bin to wrestle the creature off the ledge.

The raccoon falls directly onto the elevated green tarp, but nonetheless, appears to still slam onto the sidewalk, according to the video, which was shot by Instagram user nick.name6.

Bystanders can be heard yelling during the animal’s descent.

Upon landing, the raccoon briefly seeks shelter under a coffee cart before scurrying into the street.

It’s unclear where the animal ended up or what condition it was in after its plunge.