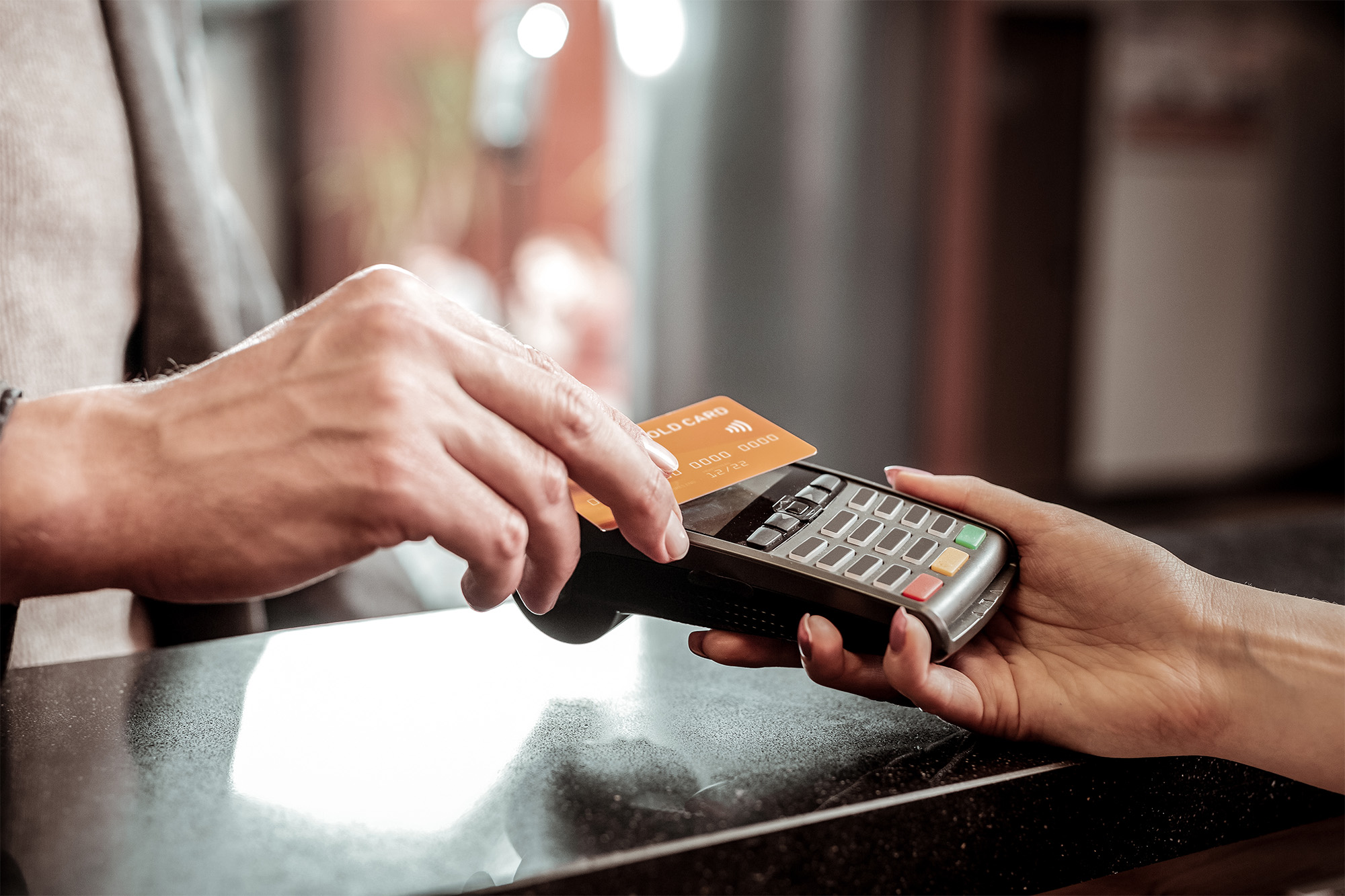 ’Tis the season for shopping. If you are fortunate enough to have kept your job through the pandemic-caused economic lockdowns, dropping dollars in person is good for workers and good for your streetscape. Yet America’s maddening payment system still has customers jabbing grubby little fingers over and over onto grubby screens.

One of the inegalitarian ­aspects of COVID-19 is that if you are in the work-from-home crowd, you’ve got money to burn or borrow.

Last Christmas, Americans owed $930 billion on credit cards. Now, they owe “just” $810 billion. This debt payoff has never before happened in the 45 years since people grew accustomed to carrying balances.

Provided that orangey-to-red Gotham doesn’t lock down stores again — a catastrophic move based on no science — it’s time to splurge on that Roomba bot to wrap under the tree.

Go into a store, pick out the higher-end Nespresso machine you covet, bring it to the counter — and here starts what should be a seamless “tap and go.” Instead, it starts the “ick” process.

Two years ago, you probably got a contactless “chip” card from your bank. If this technology worked as advertised, you would tap the card, hear a beep, nod to the clerk and leave. That’s exactly how it has worked in Europe for years (and how it works at fast-sandwich outlet Pret).

In the United States, outside of Pret, you’re greeted by a plethora of different, clunky ­machines, all requiring different information. One merchant ­requires a phone number. ­Another wants e-mail. One ­machine wants you to pick credit or debit. Another insists you OK the amount. Still others want a signature. Then, another tap, for “OK.” There’s also the dreaded “chip malfunction.”

I’m not going to die from a touch screen. It’s the time that is the problem — time spent prolonging a close-up interaction with a stranger, time during which a line forms (and people depart from the line, meaning lost sales). Try a fail-safe way — why not use your iPhone, you Luddite? — and you end up wasting more time. This merchant doesn’t take Apple Pay; didn’t you know?

Whose fault is this? Big Tech and big banks make great holiday villains, but this time, it’s actually not their fault. You may be surprised to learn, for example, that Visa and MasterCard haven’t required anyone to sign for a purchase since well before the pandemic.

So why are we still signing those squiggly lines with our knuckles? It doesn’t stop fraud, as the cardmakers realized long ago. Some new credit cards don’t even have a signature panel on the back.

Merchants, the most sympathetic party, are the culprits. Many smaller stores lease credit-card terminals from bigger networks, who have their own rules. ­Retailers who fear liability for fraud prefer to stay on the safe side — sticking to what they’ve done for decades.

But most of this has nothing to do with paying. In the perpetual war with Amazon, merchants need loyal customers, and how do you give customers points if you don’t take their phone number?

As is often the case, the technique retailers use to compete against a behemoth with more resources puts them at an even greater disadvantage. The one thing the customer wants — to get out, fast — is the one thing the retailer won’t give you, and is still the one advantage Amazon can give you.

There’s some good news. Some merchants — ironically, the very smallest — use Venmo, which allows customers to pay touching only their own device. It also allows the seller to collect all the information it wants about you.

Plus, algorithms that detect better and better where you regularly shop, and how much you spend, will help curtail fraud — more mass surveillance for your convenience.

But big change won’t be this Christmas. So touch, touch and touch your way through the season via “contactless” payment.

Nicole Gelinas is a contributing editor of the Manhattan Institute’s City Journal.