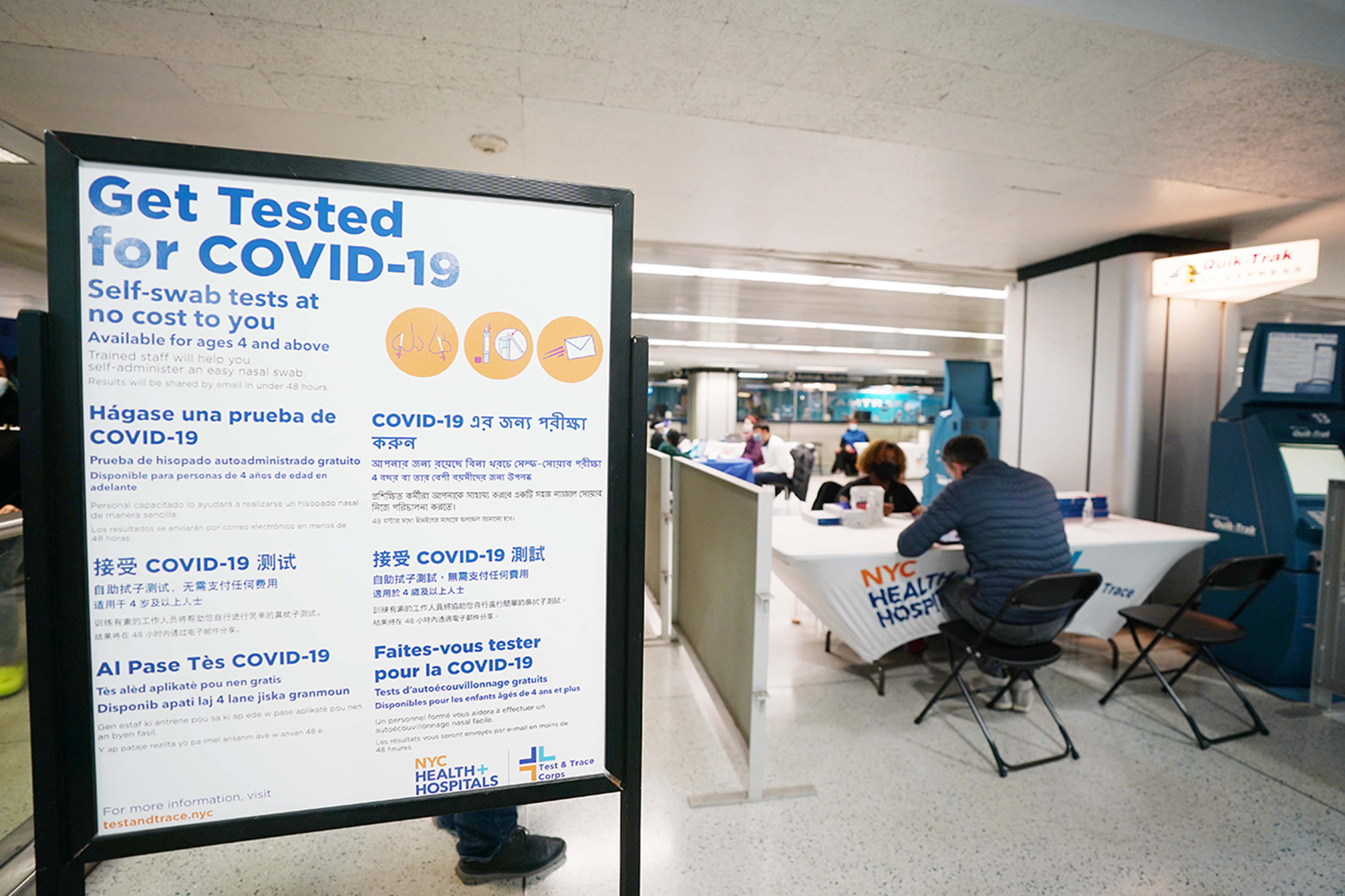 A flier posted along with Bray’s announcement promised, “More testing!” and “Shorter lines!”

The extra NYC Health + Hospitals-run locations were set up in all five boroughs, including at the Manhattan Center for Science and Mathematics, Long Island City High School and Sunset Park High School.

Although New Yorkers are advised to stay home for Turkey Day, thousands of people have flocked to testing sites to get get COVID-19 test before traveling and feasting with family.

The rush to test negative has caused queues with wait times of up to seven hours — even sparking a mini-cottage industry of paid line-sitters. — at private clinics like CityMD.

Some people who were tested at the new city-run sites Wednesday gave their thumbs up.

“I just got a PCR test done at [Long Island City] HS… I was in & out in 10 minutes and there’s no line. They’re open until 1pm and will get you your results within 24-48hrs. No appointment needed, come through!” tweeted Assemblymember-elect for AD 36 Zohran Kwame Mamdani.

“It was really easy. There was no line,” 26-year-old Kay-Anne Reed, who got a self-test Penn Station, told Gothamist.

She said the whole process, which involved swabbing her own nostrils, took about 15 minutes.

City-run testing sites will be closed Thursday for Thanksgiving, but will reopen Friday, according to H+H.