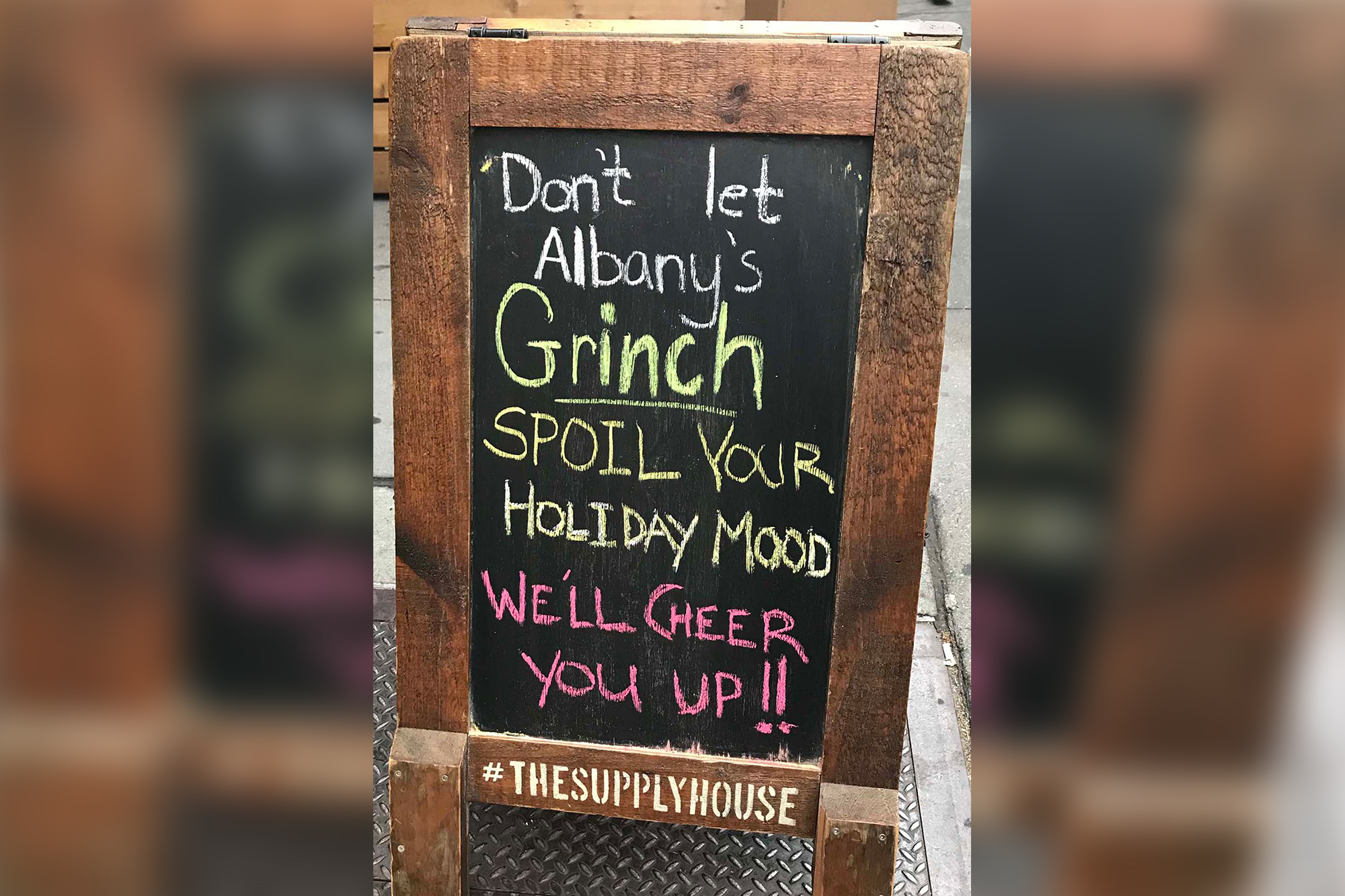 New Yorkers are enjoying their ‘Last Suppers” at bars and restaurants this warm weekend — a final hurrah before new state restrictions and colder weather sends everyone back home to eat.

So the city’s surviving restaurant and bar owners are bracing for yet more red ink — and foodies are jamming into the most popular restaurants before it’s back to a steady diet of takeout and their own kitchen stove concoctions.

Even with weather in the mid-50s Saturday, most diners still preferred to eat indoors for one last time.

“We’re just enjoying our last few pints before everything shuts down,” said Wolfgang Nugent, 34, as he watched soccer with pal John O’Reilly, 26, at St. James’ Gate on Manhattan’s Upper West Side.

“Everyone wants to get the last couple of nights out with friends,” agreed O’Reilly, of Queens.

“With the cold weather, not a lot of people are going to want to sit outside and drink,” he said.

“I think the whole thing is a load of bulls–t,” Nugent, of Manhattan, added of Cuomo’s looming indoor dining ban.

The governor says restrictions on indoor dining must to be tightened due to the state’s steadily rising COVID-19 cases, hospitalizations and deaths.

By contrast, private household gatherings are linked to 74 percent of infections, according to the data, which is based on 46,000 coronavirus cases across the state from September and November.

Take-out, delivery and outdoor dining will still be permitted under Monday’s ban.

But given next week’s temperatures — forecast to sink below freezing — that’s very cold comfort for restaurant diners and employees, who expect outdoor dining numbers will plummet with the temperatures.

It’s no wonder the line to get into Clinton Street Baking on the Lower East Side was two-hours long Saturday afternoon, and dozens of pastrami fans were waiting at a time outside the iconic Katz’s Deli nearby on Houston Street.

“It’s the last time to get inside before Monday,” noted Bob Birmele, 77, a retiree who drove down from his home in Midtown for his pastrami sandwich.

“They’re killing these businesses,” he said of the upcoming ban. “It’s not just the restaurant owners. They’ve got waiters, waitresses, bus boys — they’re just killing them. How are they gonna pay their rent?”

Reservations were up by more than 50 percent over last weekend, said Phil Ynacay, 31, manager of Claw Daddy’s in Boerum Hill — but he’ll be pick-up and delivery only starting Monday.

“With indoor dining, we’ve had a lot of our regular customers back from before the pandemic,” he said. “But a lot of them are frustrated that they can’t come back starting Monday.”

Mott Haven Bar and Grill in the South Bronx has been serving food to essential workers, people with disabilities and the homeless — but the upcoming ban may spell doom for both his restaurant and its charity work, manager Yina Santiago told The Post.

Jonathan Padilla, manager of Charlie’s, also in the South Bronx, likewise has been working with charity food organizations, but said he’s barely squeaking by after two months of indoor service at the state-mandated 25 percent capacity.

“People have families — bills to pay,” he noted. “It’s going to be a big hit for everybody. Hopefully, we’ll be able to return to 25 percent capacity fairly soon.

Chef Marcus Ware, 40, of The Milling Room on the Upper West Side said as soon as Cuomo’s ban was announced on Friday, he saw an uptick in reservations.

But after the weekend’s bump in business, customers like Jordan Chang, 32, won’t be sitting outdoors there or anywhere else, heaters or no.

“It’s too cold to dine outdoors!” she said Saturday, as she ate indoors despite temeratures in the mid-50s. “The heaters don’t work that well.”

Eric Kontogiannis, 49, owns Cilantro on the Upper West Side; he called the statewide indoor dining ban “a joke,” because it doesn’t take into account the variation in COVID-19 stats across New York.

“For them to just generalize and blanket all of New York City I think is completely wrong,” he said.

As more restaurants face hardship, the character of New York City’s streets will only change for the worse, said Annick, 42, as she waited for a table at Alice’s Tea Cup on West 73rd Street.

“He’s acting like a dictator,” she said of Cuomo. “And he’s watching everything fall apart and he’s not doing anything for the economy. We’ll all be missing our places. It’s just gonna be big, monolithic places that stay open.”