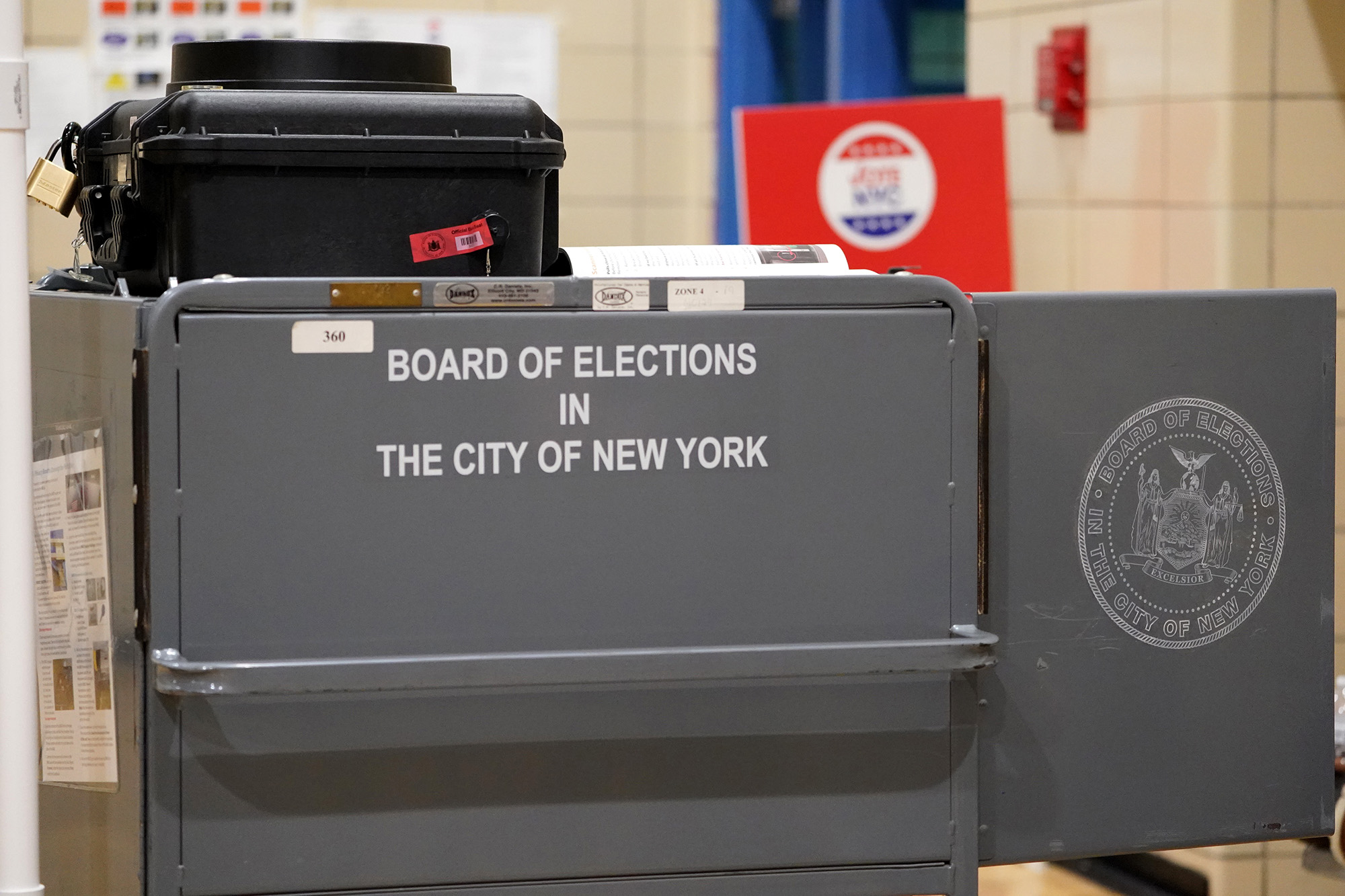 Six city lawmakers are suing to block the Big Apple’s embattled Board of Elections from rolling out a new ranked-choice voting system next year, claiming officials have failed to prepare for the potentially confusing switchover.

The lawsuit is the latest salvo lobbed by mainstays of the Brooklyn Democratic Party against the new elections system, which will do away with the runoff elections that Gotham’s political machines have dominated for decades.

In the court papers filed late Tuesday, the half-dozen lawmakers and a slew of civil rights groups argue that BOE failed to provide a required report due in June showing it has prepared for the switchover and also failed to launch the required advertising campaign to educate voters about rank-choice voting.

They also claim that the federal Voting Rights Act should be invoked to prevent the changes but do not outline how rank-choice voting violates the landmark Civil Rights-era law.

One powerful civil rights group, the NAACP’s New York chapter, signaled Wednesday that it plans to join the lawsuit.

A Board of Elections spokeswoman said she could not comment on pending litigation.

By a three-to-one margin, city voters overwhelming approved a charter amendment in 2019 that ordered the Board of Elections to switch to rank choice voting for municipal elections by 2021.

The switch was the result of a years-long push by good governments, which say it will improve governance and participation by ending low turnout runoff elections where party-backed candidates dominate.

Some civil rights activists supported the switch, too, arguing that rank choice voting will bring more diversity to citywide offices, which remain dominated by white candidates in a city that is majority-minority.

“It is not just a white progressive idea as experience in cities like Oakland, Berkeley and Minneapolis — where Black candidates have successfully run with RCV and diversified their city councils — makes clear,” said Bertha Lewis, a longtime organizer in African American neighborhoods.

However, several groups and politicians affiliated with the Democratic Party organizations in The Bronx, Queens and Brooklyn have mounted a fierce campaign in recent weeks to delay or nix the transition.