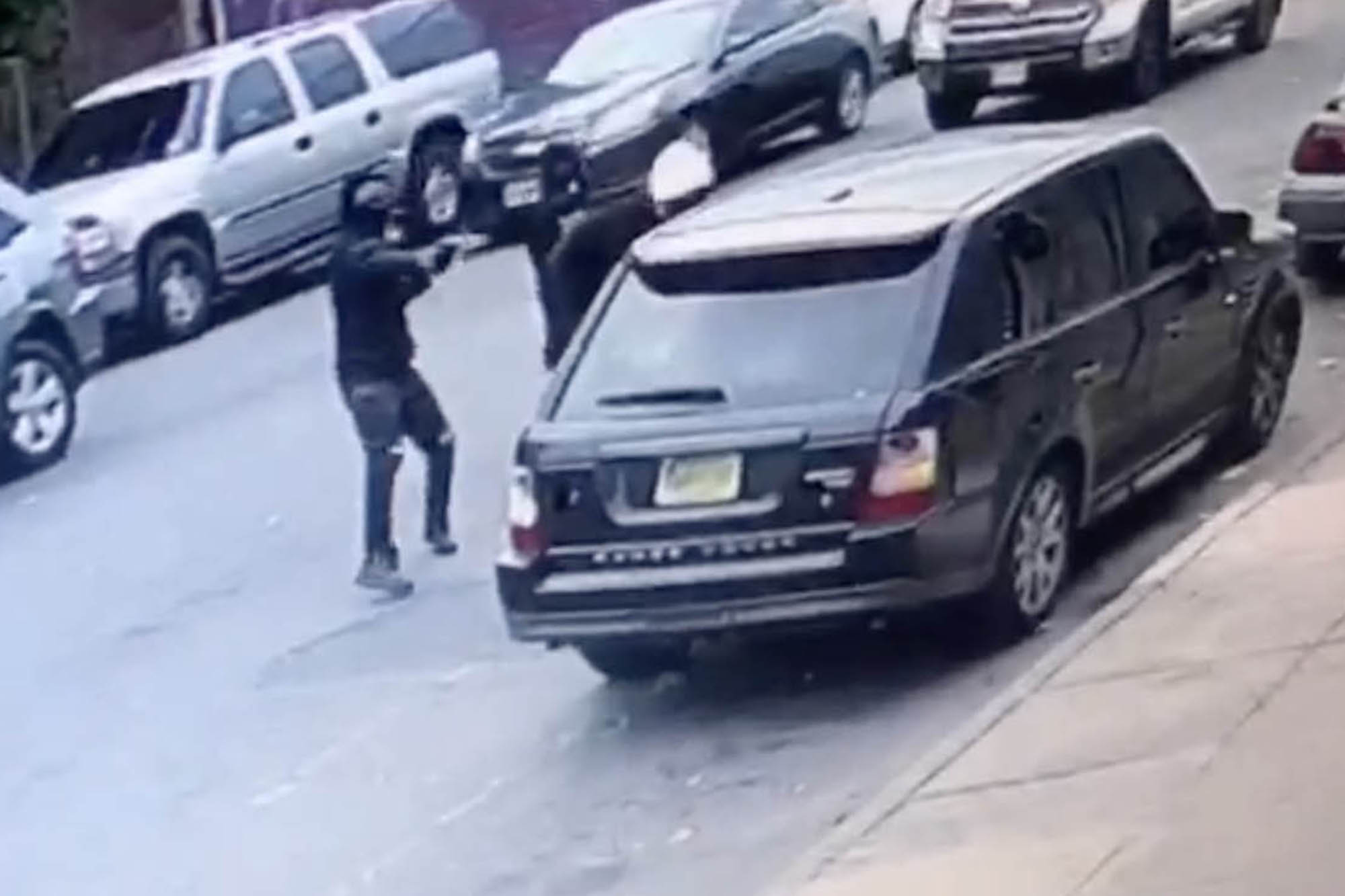 An up-and-coming New Jersey rapper was gunned down in a broad-daylight shooting in Newark, according to video and police.

The 29-year-old Tripple Beanz, whose real name was Corey Thompson, was shot dead on the 300 block of Avon Avenue in New Jersey’s largest city just before 1 p.m. Friday, according to local and county authorities.

In the shocking surveillance footage obtained by The Post, Thompson is walking to his parked car when two masked men get out of an SUV, saunter across the street and open fire.

The gunmen fire numerous times as Thompson rolls in the street, the video shows. One of the triggermen appears to fire a final shot at the rapper’s head at close range before running off.

“A superstar in the making and more importantly family here,” the studio wrote. “Genuinely was tryna change his life around.”