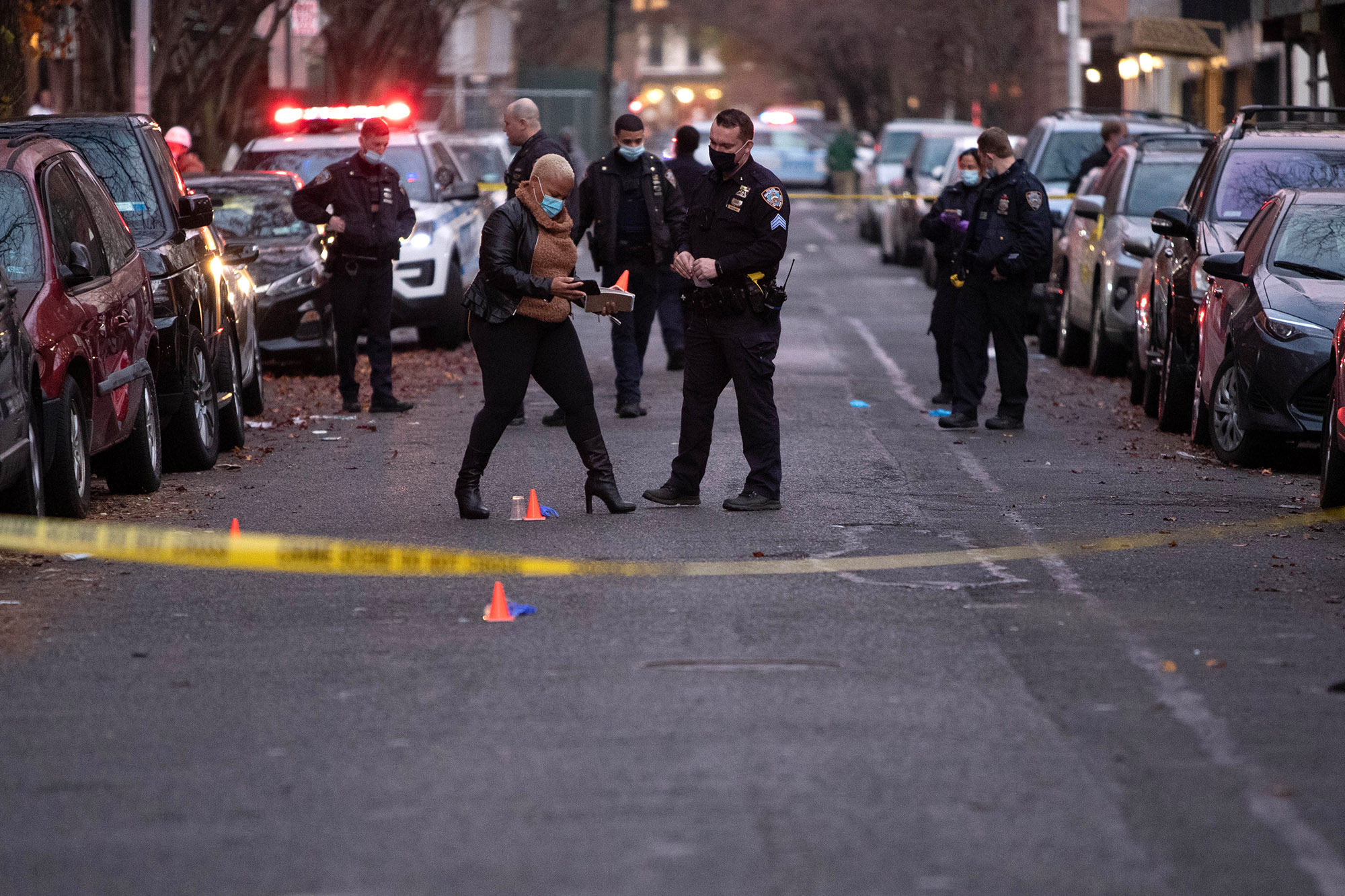 As many as four people have been shot in Brooklyn, police said.

The shooting took place at 574 Warren St., in Boerum Hill.

One doorman said he heard five to seven shots during the Saturday afternoon incident.

“Being across the street from construction, I thought it was just a hammer or something. Then I saw the ambulances and everything running by,” Giovanni Rojas, 30, told The Post.

Police radio broadcasts reported four people had been shot by a suspect who sped off in a red sedan that fled on 3rd Avenue toward Baltic Street.

Neighbors were shocked by the broad daylight gunfire.

“It has to be some gang s–t. That’s the only thing that it could be,” said one man who couldn’t get into his apartment building because of the crime scene. “That’s the only knuckleheads that would come out here and shoot people nowadays.”

“All I know is I was in my living room and I heard shots and came and heard people yelling and screaming and bodies going into ambulances,” another neighbor said, adding, “It’s scary when people get hurt. I’m not scared, but I think it’s sad and scary to see people shot on your street.”

No other information was immediately available.