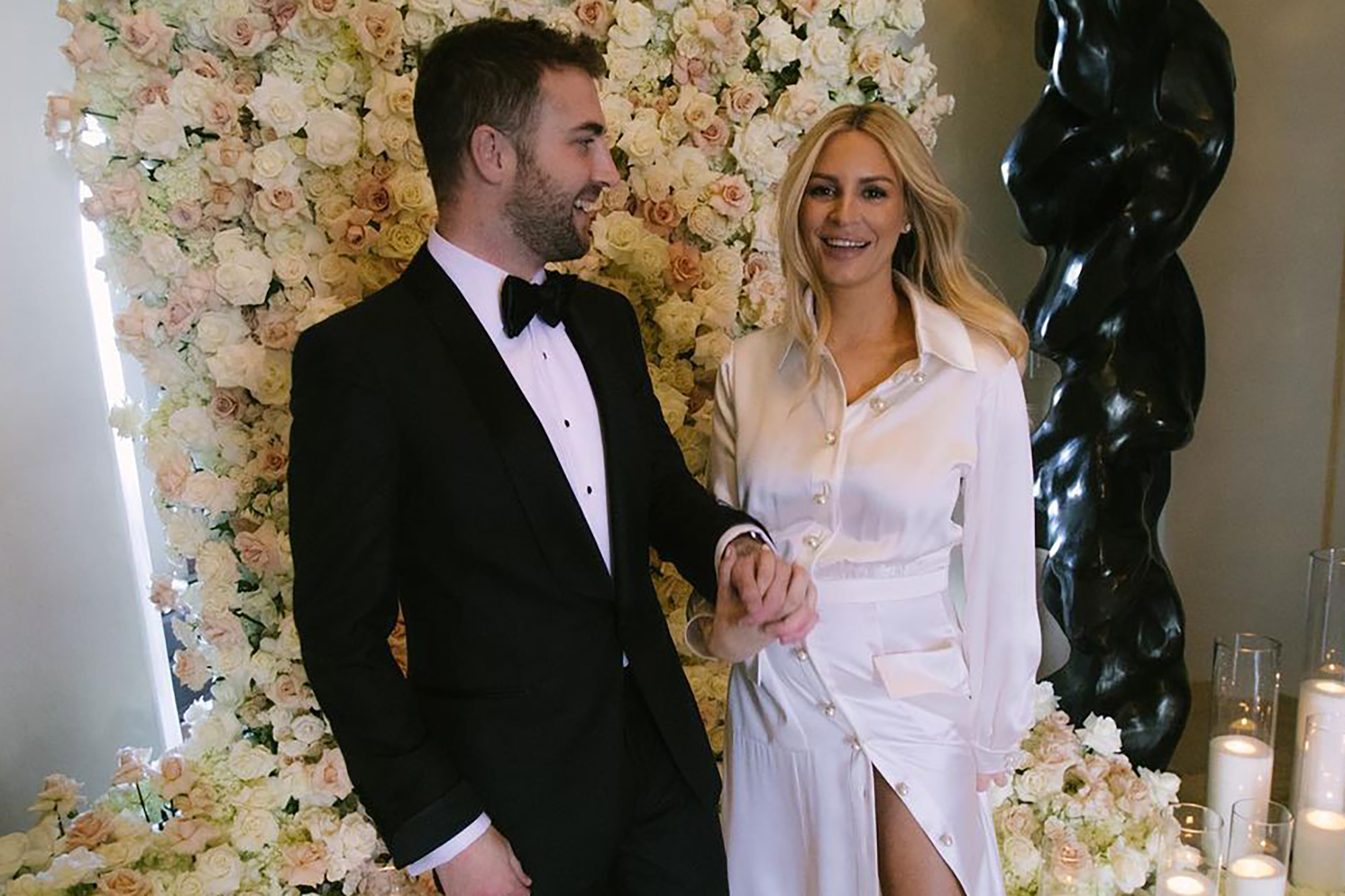 Morgan Stewart is off the market.

The “Daily Pop” host, 32, secretly married fiancé Jordan McGraw on Wednesday, Dec. 9, she confirmed by posting a photo from their ceremony. Set against a Jeff-Leatham-designed flower wall, Stewart said “I do” to McGraw, 34, in a white Chanel gown.

Stewart, who is pregnant with her and McGraw’s first child together, captioned the sweet Instagram, “Btw … Jordan and Morgan McGraw.”

McGraw shared a more candid snap from their intimate affair and captioned it with their wedding date: Dec. 9, 2020.

The TV personality announced in August, just a month after getting engaged, that she and the son of the famed Dr. Phil were having a baby girl.

This is Stewart’s second marriage. Page Six exclusively revealed in August 2019 that she and now-ex-husband Brendan Fitzpatrick were calling it quits after sources said she had an inappropriate relationship with a former E! network executive.

She officially filed for divorce from Fitzpatrick two months later.