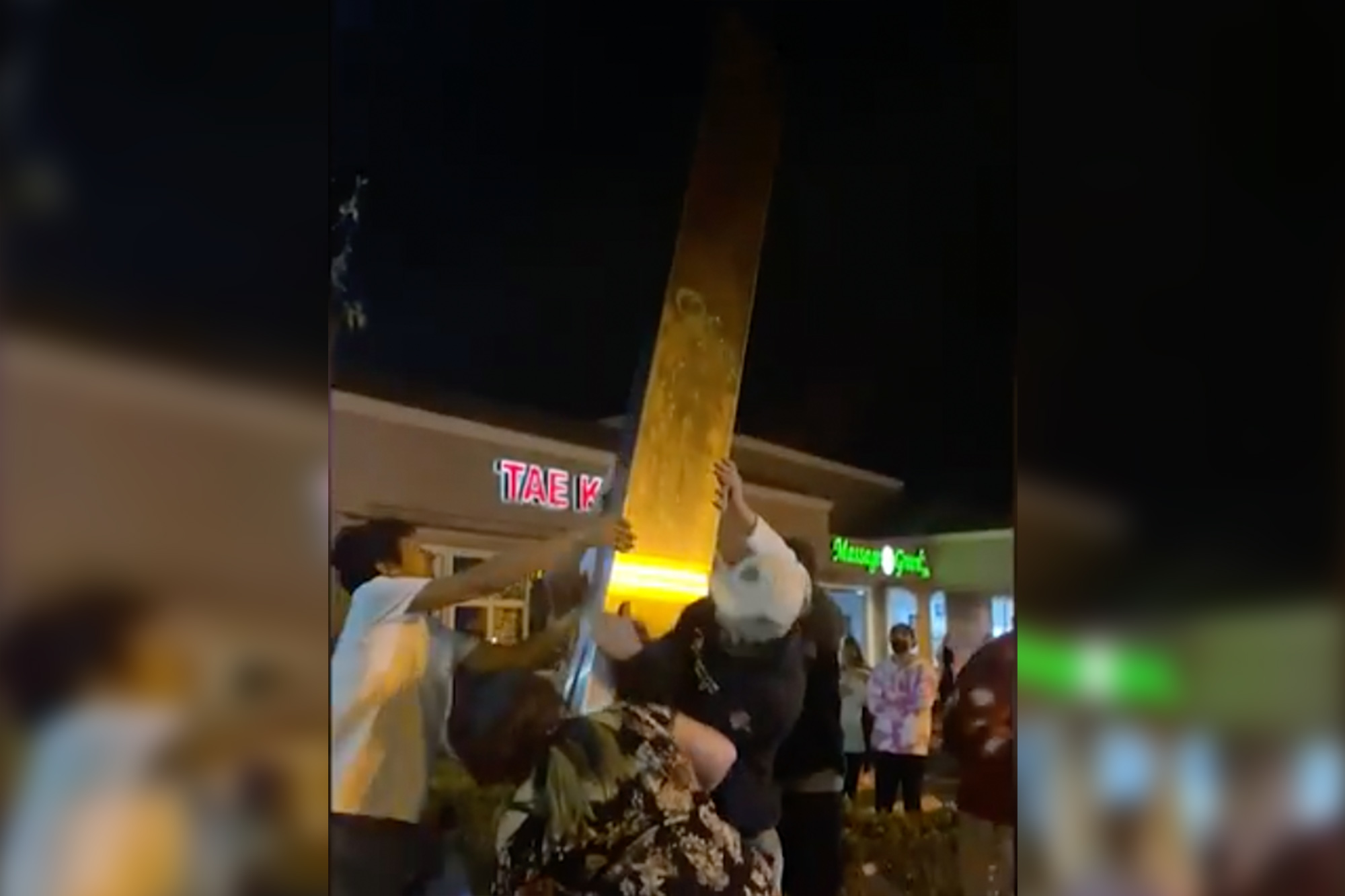 More and more of the mysterious silver structures — spotted in Utah and Romania and even on the Isle of Wight — have been cropping up around the world.

In recent days, sightings were reported in the Netherlands and in Colombia — as well as across the U.S.

Video obtained by Storyful showed a rowdy crowd — apparently fed-up with the mystifying, mutiplying metal objects — toppling one that had appeared in a San Diego parking lot on Tuesday.

The group of six pulled the sculpture out of the ground and carried it off as onlookers cheered “They got the monolith!,” the clip shows.

The San Diego Police Department said the gang then loaded the monolith into a truck and took off, local TV station KNSD reported.

That California monolith was one of several that materialized in the Golden State.

The first was spotted atop a mountain in Atascadero last week, before a twin structure popped up in the city’s Stadium Park, The Tribune reported. Both of those objects were later removed.

Another of the three-sided steel sculptures appeared in Canyon Country Park in Santa Clarita, and a few hours away, in Joshua Tree, according to the Los Angeles Daily News.

There was also a sighting this week in snowy Colorado, at Sunlight Mountain Resort in Glenwood Springs, local outlet KKCO reported.

While most of the monoliths have been between 7 and 10-feet tall, a smaller, 3-foot structure emerged on Dec. 3 in downtown Fayetteville, North Carolina, according to The Fayetteville Observer.

Meanwhile, a candy shop in Pittsburgh even commissioned one of the objects — a 10-foot tall, 24-inch wide triangle of plywood covered in sheet metal — to place outside the store last week.

The owner of Grandpa Joe’s Candy Shop, Christopher Beers, freely admitted to the gimmick, which he said was a way to remind people to support small businesses.

The monoliths stirred worldwide speculation when they began appearing in mid-November — with theories about their origins ranging from a marketing ploy to extraterrestrials.

A small community of “stunt artists” known as The Most Famous Artist claimed credit for at least the Utah sculpture — which was later dismantled.

The collective’s founder, Matty Mo, previously told The Post that the idea behind the work had been to “start a global phenomenon.”

“I’d say mission accomplished,” he said. “I hope every city gets a monolith. It brings people together and spreads joy.”