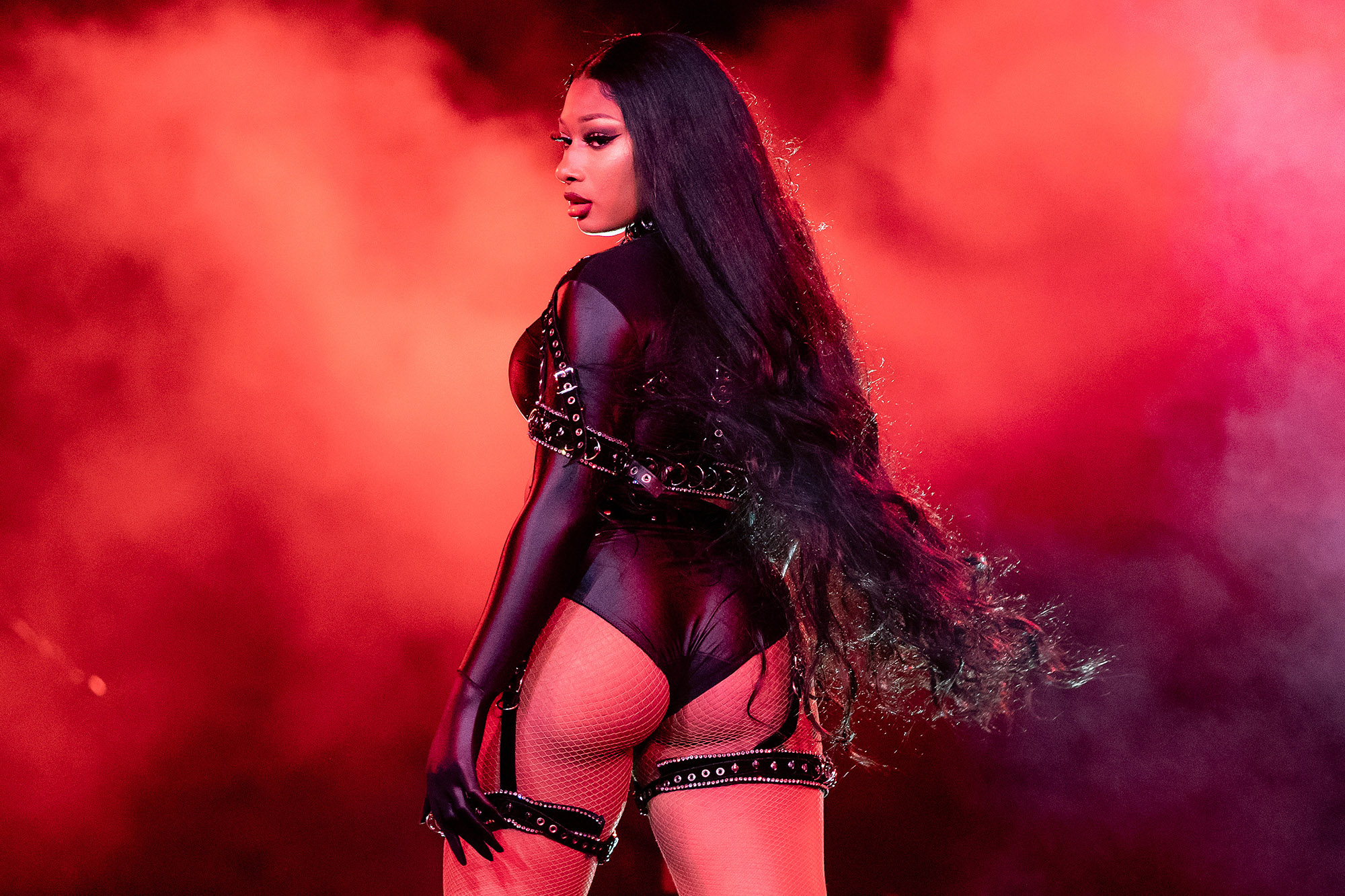 On the high-heels of nearly breaking the internet upon the unveiling of her body-inclusive clothing line — which raked in a whopping $1.2 million in sales in just 24 hours — the “WAP” rhymer is finding herself cloaked in controversy amid claims she ripped off some of her signature pieces from another creative.

“IMA BREAK THIS DOWN REAL SIMPLE! MY DRESS WAS STOLEN AND USED IN THIS MEGAN X FN COLLAB!” designer Aazhia alleged via Instagram after the hip-hop star’s fashion release. “HER AND HER TEAM ARE VERY MUCH AWARE OF [MY] BRAND AND THIS WAS APPROVED BY HER!”

Denying the allegations, Megan, 25, took to the airwaves Tuesday, insisting on her innocence.

“A lot of times people say that they talked to somebody from my team,” she told hosts of podcast “The Morning Hustle.” “I don’t know what year that was. What are you talking about? And a lot of times they won’t even bring me — they don’t tell me who they talkin’ to. I’ll probably never hear you. . .But, it’s been a dress that has been done a lot over the years.“

Critiquing her detractor’s approach to the issue, Megan added, “It’s a way to come at people. If it would have been a real misunderstanding, I wouldn’t have had a problem with saying, ‘Oh, I’m sorry sis. Let me check my stylist, don’t do that, it’s not right.’ I would have had the dress taken down, whatever the money made from the dress, I would have gave the money to the girl if that was really something that she felt like was stolen from her. But I don’t feel like that was anything.”

An admittedly “vexed” Aazhia — whose looks have caught the attention of Kylie Jenner, Cardi B and Chloe x Halle — responded to Megan’s rebuttal, deeming the rapper’s comments “condescending, disrespectful and hypocritical.”

“She said, in her opinion, it’s not stolen,” Aazhia scoffed in a lengthy IGTV video. “But she would have gave me money if I would have just came at her right. Excuse me? I’m confused.”

Neither Megan Thee Stallion, Fashion Nova, nor Aazhia were immediately available to respond to The Post’s requests for comments.