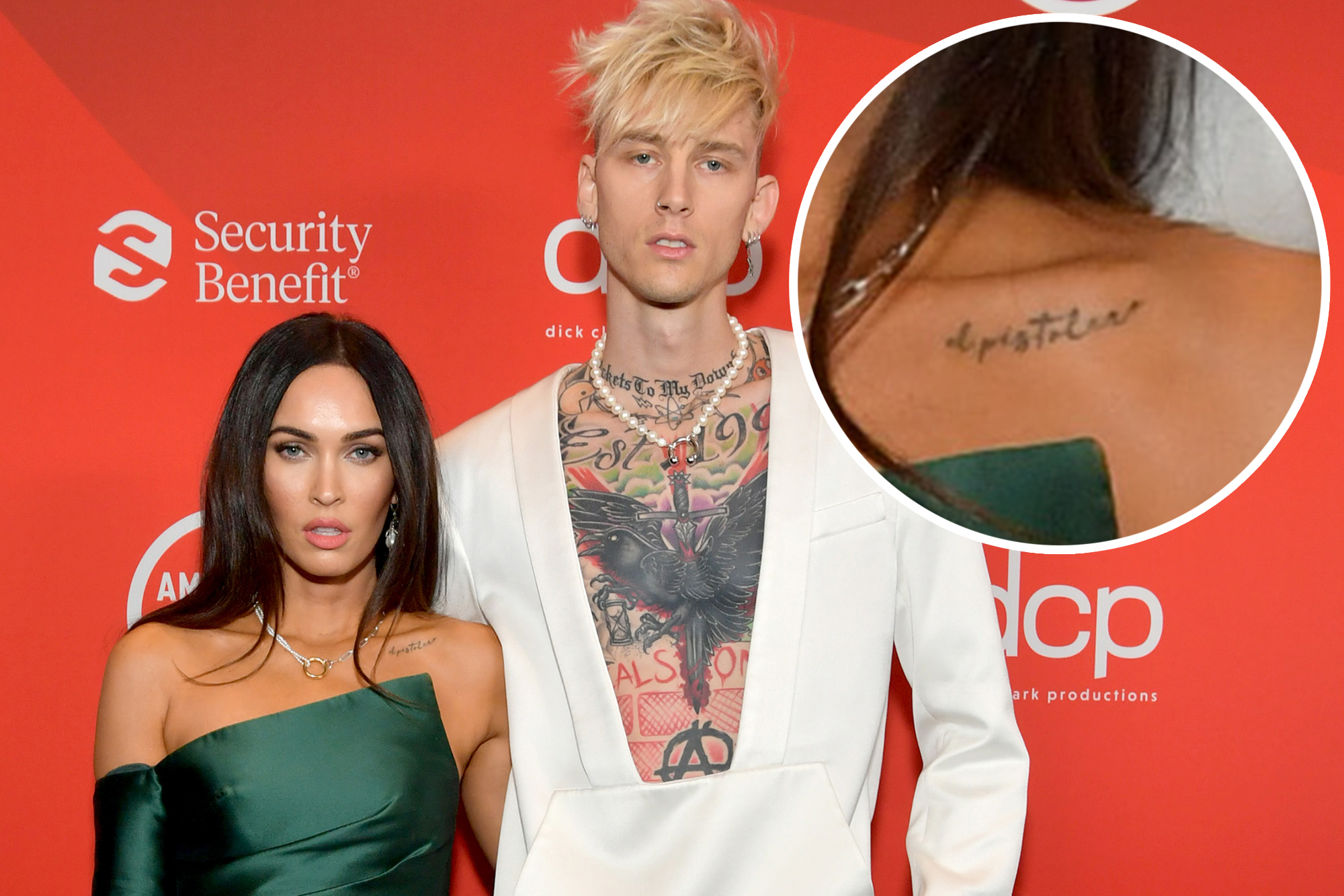 Megan Fox is putting her relationship in ink.

The 34-year-old actress debuted her latest tattoo at the 2020 American Music Awards, and fans believe it’s a tribute to her boyfriend, Machine Gun Kelly.

One eagle-eyed Twitter user wrote, “We finally have a close-up of Megan’s tattoo and it says ‘el pistolero’, which is Spanish for the shooter aka machine gun Kelly!”

Fans were quick to speculate about the scripted collarbone tattoo, determining that the Spanish translation could be a nod to the fact that the two met in Costa Rica.

While Fox has yet to confirm the meaning of the fresh ink, lyrics from her appearance on MGK’s latest album, “Tickets to My Downfall,” might have teased the tribute.

“It was just four months ago that we were right here and I met you. That’s not possible,” Fox said on the track “Banyan Tree (Interlude)” in September. “You just got my initials tattooed on you. I just got your nickname tattooed on me.” Machine Gun Kelly, real name Colson Baker, has yet to reveal if he has Fox’s initials anywhere on his body, which is virtually entirely obstructed by tattoos.

The “Jennifer’s Body” star is no stranger to tattoos — or to tattoo removal, for that matter.  Her collection of body art includes a Shakespeare quote and the Yin Yang symbol as well as estranged husband Brian Austin Green’s name on her lower stomach.

The couple have been dating for almost six months after meeting on the set of Randall Emmett’s “Midnight in the Switchgrass,” and made their first red carpet appearance together at the American Music Awards on Sunday night.

The “twin flames” are known for their public declarations of love, including when Fox called MGK an “achingly beautiful boy” in a steamy Instagram post.