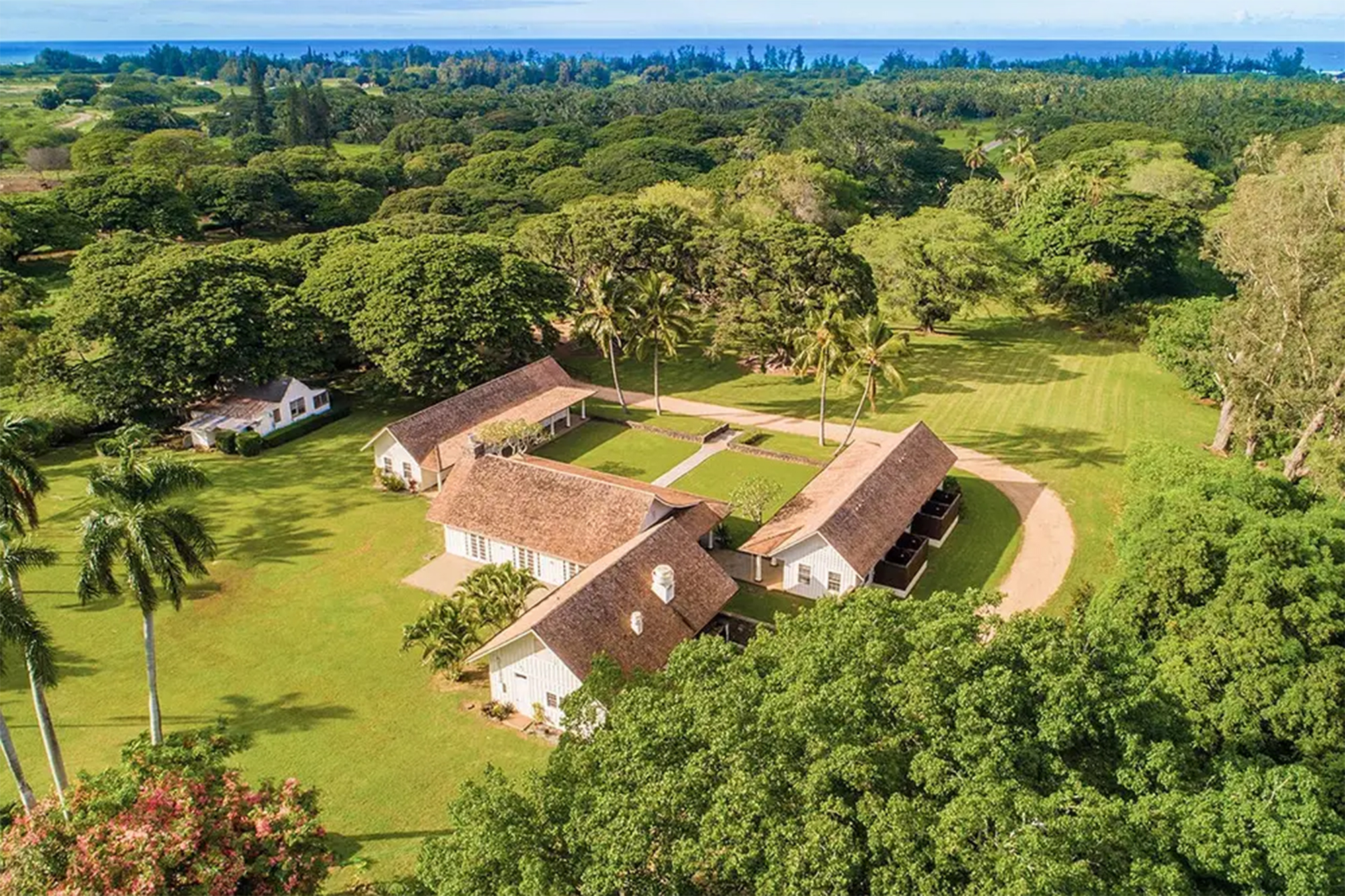 While there aren’t any three-toed statues on the property, a ranch estate in Hawaii that was featured on the ABC hit show “Lost” has landed on the market with a $45 million asking price.

The estate was merely a setting for the show’s first and second seasons, but the land the property sits on is certainly large enough to get lost on as well, spanning 2,700 acres, with 19 of them right on the beach.

Tucked into the northern shores of Oahu, in Waialua, this is the largest parcel of land available on the island. The listing is being handled by firm Cushman & Wakefield and Hawai’i Life.

Known as Dillingham Ranch, the property has polo grounds, an equestrian center and a coconut tree grove alongside its giant lodge. It has a rich history of filming that dates back to 1965, and in its heyday hosted social and Hollywood elites like Eva Gabor. Even the Prince of Wales stayed at the property, according to the Daily Mail.

“Despite the transformation of ‘country’ Oahu over the past decades, Dillingham Ranch presents the rare opportunity for a buyer to steward a secluded, mountain-to-ocean holding of rich agricultural lands that give the area its traditional name Mokulēʻia,” Matt Beall, principal broker at Hawai’i Life, said in a statement to The Post. “Existing uses of portions of the Ranch for cattle, farming, Polo Field and equestrian activities, and as a film location can provide sources of revenue for the owner as well as an economic benefit to the community.”

The site has also been used as a venue for weddings and other filming projects.

While the ranch house is certainly impressive, the brokerage sees the property as more of a development opportunity for a buyer — either as a parcel of land for a golf resort or for a series of housing development projects, according to Robb Report.

The massive acreage and proximity to the ocean make it a perfect fit for hospitality-minded ventures. Attempts have been made to develop the space in the past, with the prospects falling apart before coming to fruition.