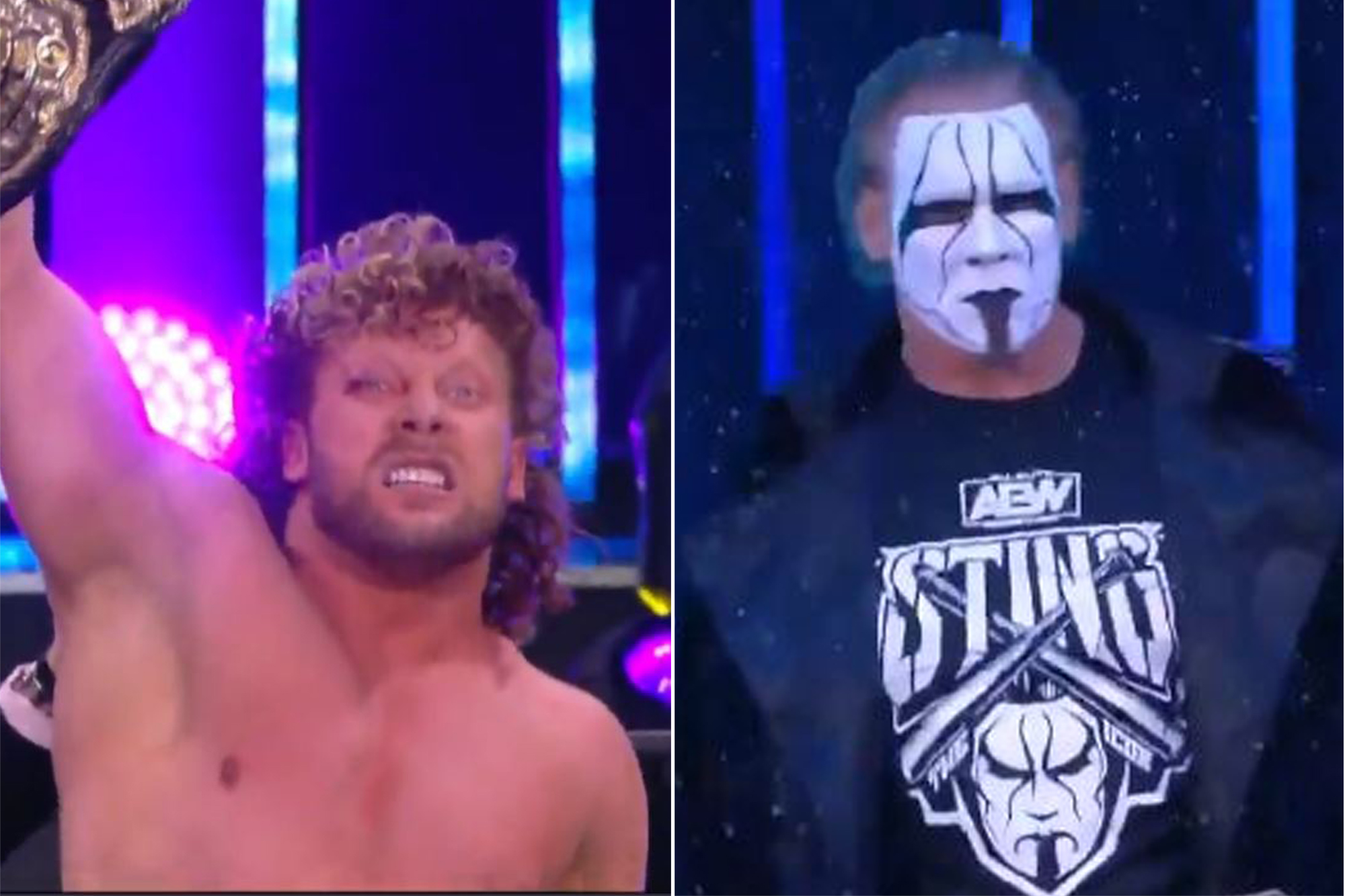 All Elite Wrestling has a new world champion, a new wrestling legend in the fold and apparently a new cross-promotion partnership.

Wednesday’s “AEW Dynamite” saw WWE Hall of Famer and WCW icon Sting show up and Kenny Omega beat Jon Moxley for the world championship with help from Impact Wrestling executive and close friend Don Callis. As he and Omega ran off to a black car, Callis said, we will find out what’s going on this Tuesday on Impact Wrestling on AXS TV.

Moxley and Omega put on a very good match that got the wonky and unfulfilling finish to set up the Impact angle. Moxley had a chance to potentially win the match after hitting the Paradigm Shift DDT, but decided to set up chairs so he and Omega could look eye to eye and exchange blows. Omega rallied and kicked out of a second Paradigm Shift after Moxley was slow to cover. A V-Trigger knee to counter a Moxley dive to the outside turned the tide back to Omega, but Moxley kicked free from a pin after a Tiger Driver.

Referee Paul Turner eventually stopped the match as part of the story claiming Omega hit his head on the concrete floor when Moxley delivered a Paradigm Shift into one of the heaters at ringside (it was in the upper 40s in Jacksonville). Callis, who joined the commentary team for the second straight Omega singles match, came down to check on his friend who was surrounded by AEW personnel. As Moxley rolled Omega into the ring, Callis distracted Moxley and dropped the microphone into the ring after the champion decked him.

Omega picked up the microphone and hit Moxey right between the eyes to knock him down — breaking a gentleman’s agreement the two had to keep this strictly a wrestling match. Omega and Moxley had faced once before one-one-one in AEW, an unsanctioned match won by Moxley at last year’s Full Gear.

Omega eventually hit his One-Winged Angel finisher to score the 1-2-3 and the championship. The celebration was short as Callis and Omega ran out of Daily’s Place with a bunch of the AEW roster yelling at them in disbelief and disgust.

While running this angle does make sense if you are trying to establish Omega and his Cleaner persona as a heel and set up what looks like a crossover with Impact, it felt like an underwhelming way to hand Moxley his first loss in AEW and end his more than eight-month reign as champion. Moxley will certainly be asking for his rematch.

It will be interesting to see what benefit AEW get from the partnership, maybe a few of the members of Impact’s top-flight women’s division, but it’s a big win for Impact getting the AEW rub right now. Cody Rhodes has said the AEW’s bridges are down, and it appears Impact used them.

The night also saw one of the biggest debuts in AEW’s short run when the legendary Sting appeared at the conclusion of Darby Allin and Cody Rhodes’ win over Team Taz members Will Hobbs and Ricky Starks. The lights went out and fake snow fell as Team Taz was holding Rhodes. Hear former WCW announcer Tony Schiavone yell “It’s Sting!” really added to the moment. It also worked that The Crow Sting showed up on Dynamite that got the “Game of Thrones” tagline “Winter is Coming” accosted with The Crows guarding The Wall.

Sting appeared through the tunnel wearing his traditional black and white face paint and trench coat. Appearing for the first time on TNT in 18 years and on a major wrestling program since 2016, Sting walked over and looked in the eyes of Arn Anderson, then Dustin Rhodes, then Allin and then Cody without saying a word.

It’s unclear what Sting’s role in AEW will be after it appeared his in-ring career was over following a neck injury he suffered in a match with Seth Rollins at Night of Champions in September 2015. AEW announced Sting signed a full-time, multi-year deal with the company and will speak on Dynamite next week.

The 61-year-old has teased getting back into the ring for one more match or he could be used as manager to help make Allin, who is at the start of a big push at TNT champion and also dons black and white face paint. But it is hard to imagine Sting coming back in this way and not getting in the ring again or involved in a cinematic match of some sort. Allin has a passion for cinematography and could potentially put something together with Sting.

“When AEW launched, I was ecstatic to bring wrestling back to TNT after a very long absence,” AEW president Tony Khan said in a press release. “Sting defeated the legendary Ric Flair in the final wrestling match to be shown on TNT for more than 18 years until the debut of Dynamite in 2019. Now, almost two decades later, it’s such a thrill to welcome Sting to AEW and bring him back home to TNT!”

Orange Cassidy and MJF, the winner of the battle royale, will faceoff next week for the Dynamite Diamond ring.

After Sammy Guevera stopped MJF from throwing in the towel on Chris Jericho’s match with Frankie Kazarian, Jericho gave the Inner Circle a week to get on the same page or the group is going to break up.