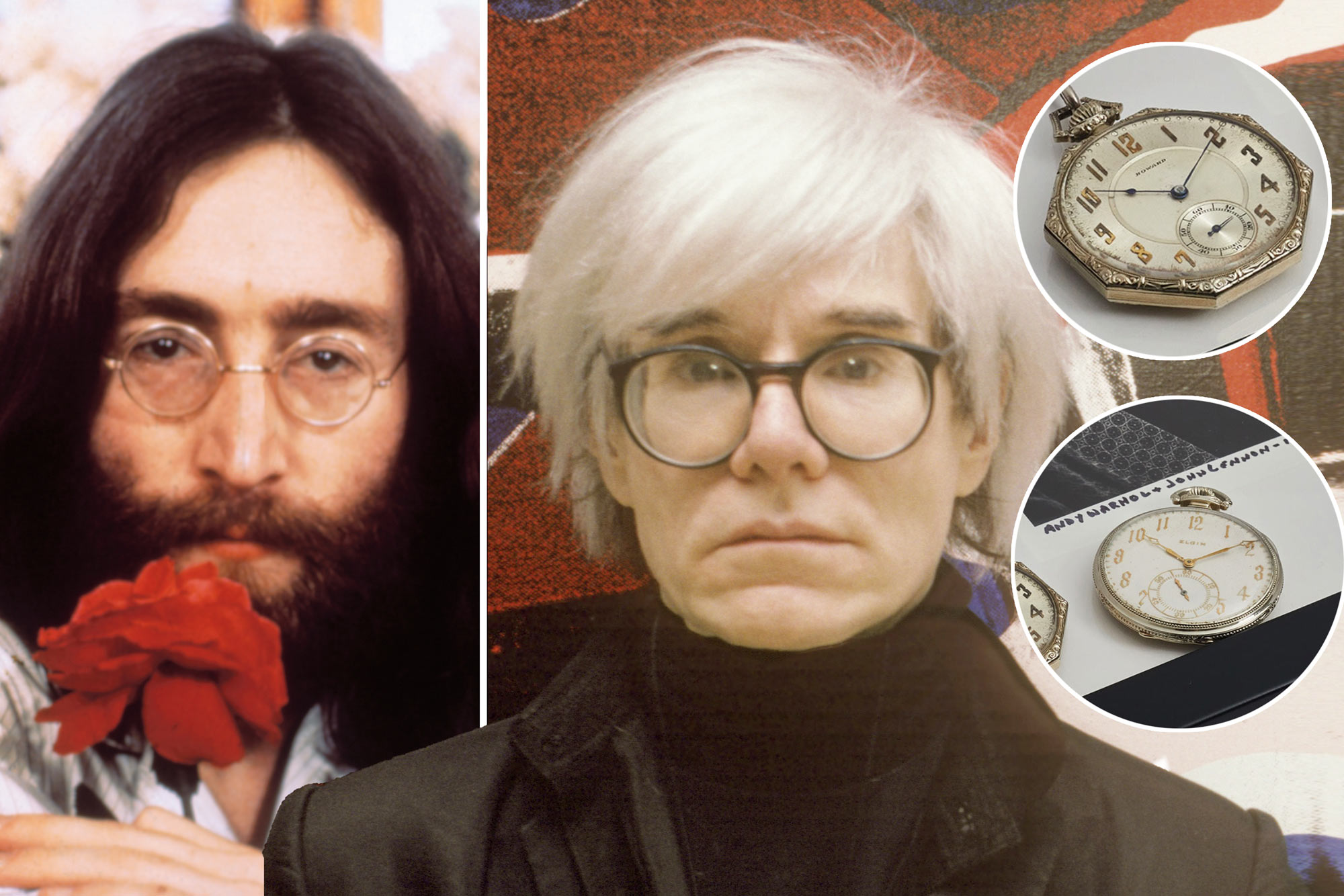 Two 14K white gold pocket watches that once belonged to John Lennon and Andy Warhol are heading to the auction block.

Phillips auction house — who will donate a portion of the proceeds to charity — estimates that the combined timepieces will fetch between $20,000-$40,000.

The auction, taking place on Dec. 12, comes on the heels of the 40th anniversary of Lennon’s death. Warhol also passed away in the ’80s after suffering cardiac arrest following gallbladder surgery.

“The story of these two watches is particularly interesting,” Paul Boutros, Phillips’ Head of Watches, Americas told Page Six on Tuesday. “Warhol and Lennon were close friends in 1970s New York and were once photographed together at the Record Plant. Each watch was originally offered by their estates at auctions in the 1980s in New York. The present consignor of these two watches saw that photo and was so captivated by it, that he dedicated himself to uniting these two timepieces.”

Bob Gruen’s 1972 photo of Lennon and Warhol in front of the Record Plant will accompany the watches in the sale.

Lennon’s timepiece is also significant because he wasn’t known to own many watches.

“John Lennon was seldom photographed wearing a watch, and after he passed away, Yoko Ono auctioned off some of his personal items, including this pocket watch, made by the Boston-based E. Howard Watch Co.,” Boutros told us. “It was the only men’s timepiece included in the auction, and is therefore the only men’s watch with ‘John Lennon’ provenance to ever be offered for sale, making it truly extraordinary.”

On the contrary, the pop artist was known for his love of watches and, according to Boutros, wore a wide array of styles by many different makers.

“He was enamored with their design and would apparently hang them from the canopy over his bed so he could sit and admire their various aesthetics,” he told us.

A portion of the proceeds will benefit the non-profit Give Peace a Chance.