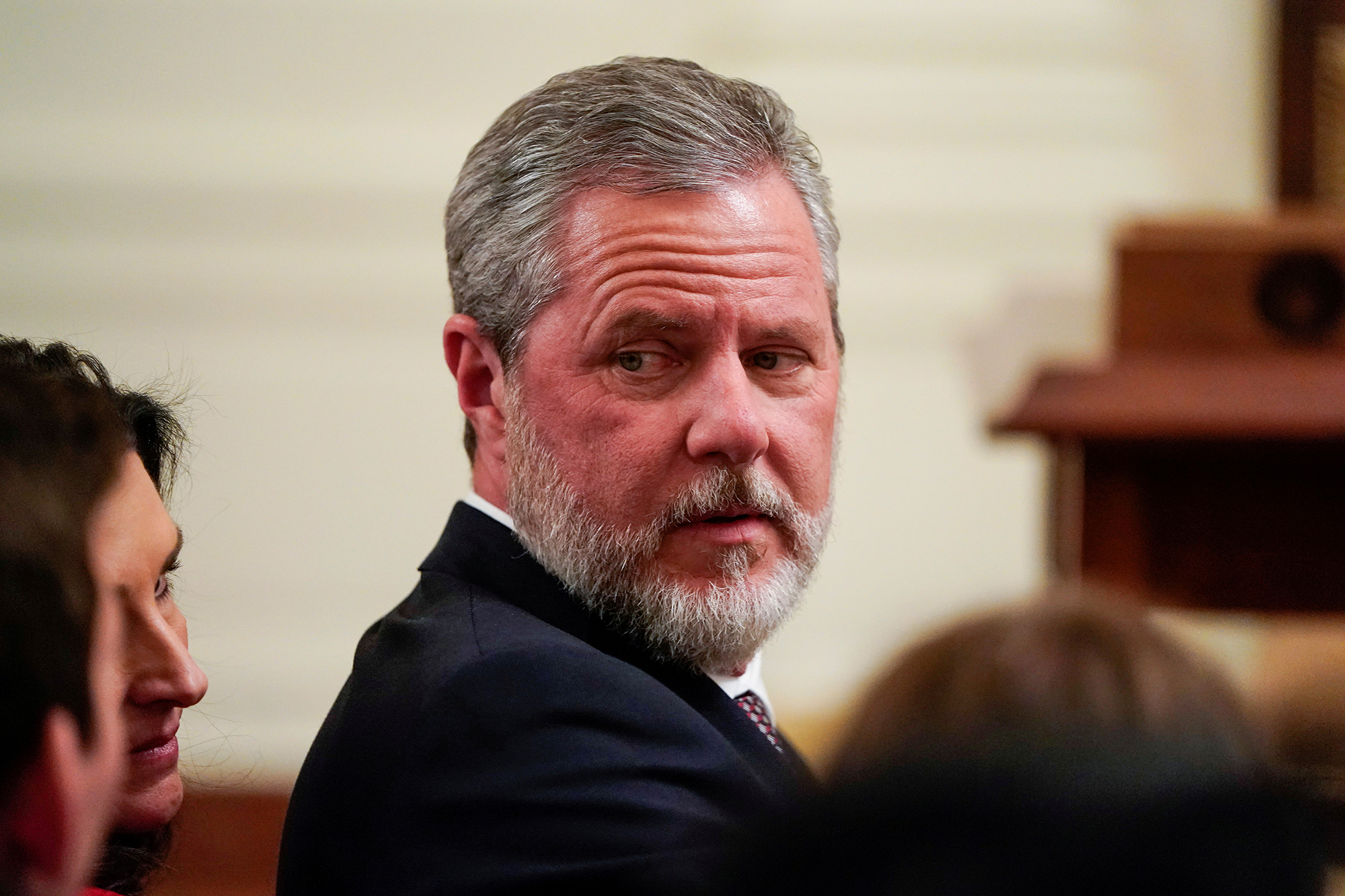 Jerry Falwell Jr. has dropped a lawsuit against his former employer Liberty University that alleged the Christian school defamed him after he resigned as president amid a salacious sex scandal.

A judge in Lynchburg, Virginia this week granted a motion from Falwell’s attorneys seeking to dismiss his claim, at least for now, The News & Advance reported Thursday.

“I’ve decided to take a time out from my litigation against Liberty University, but I will continue to keep all options on the table for an appropriate resolution to the matter,” Falwell said in a statement to the newspaper.

Court documents didn’t indicate why the disgraced evangelical leader decided to drop the complaint he filed in late October.

The judge’s ruling left the door open for him to refile a similar suit later.

In a statement, Liberty said that Falwell’s decision “was not prompted by any payments, promises, or other consideration” from the university.

“The University’s administration and Board of Trustees are pleased that Falwell has dropped his lawsuit and look forward to pressing onward with the work of Liberty’s President and Chancellor Search Committee to find the new leadership to succeed Falwell,” the statement said.

His resignation came after former Miami pool boy Giancarlo Granda revealed he had a yearslong affair with Falwell’s wife Becki, and that Falwell participated by watching them have sex.

Jerry Falwell admitted that his wife had a brief affair Granda around 2012, and said that he wasn’t involved. He said the couple became the victims of repeated extortion attempts by Granda, something the pool boy has denied.

In his complaint, Falwell claimed that Liberty officials accepted Granda’s “baseless accusations” too easily and “moved quickly” to destroy his reputation.

“When Mr. Falwell and his family became the targets of a malicious smear campaign incited by anti-evangelical forces, Liberty University not only accepted the salacious and baseless accusations against the Falwells at face value, but directly participated in the defamation,” the suit claimed.

Falwell had already been on leave from the job when the scandal broke — after a photo surfaced of him with his arm around a young pregnant woman while his pants were open. He has said the photo was a joke.

Shortly after Falwell left, Liberty’s board of trustees announced an independent investigation into the tenure of its former president that would look into financial, real estate and legal matters.