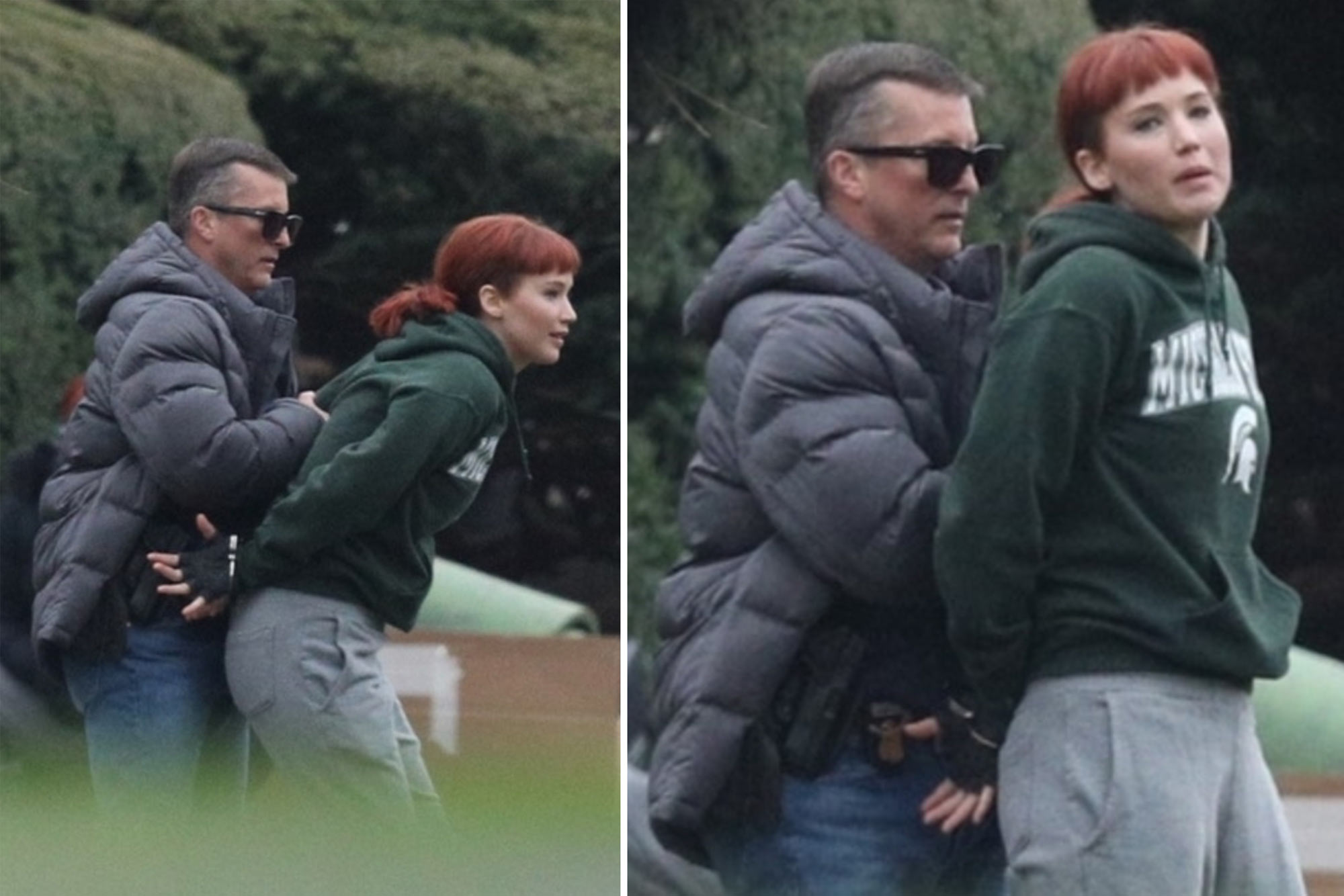 Jennifer Lawrence is back to work — sporting a truly terrible red wig for her upcoming film “Don’t Look Up.”

The 30-year-old actress was snapped wearing a Michigan State sweatshirt on set in Boston on Monday while filming the Netflix movie, in which she plays an astronomer who attempt to sound the alarm that Earth’s safety is being threatened by an approaching asteroid.

In the photos, Lawrence’s character, Kate Dibiasky, appears to be apprehended while jogging by an undercover officer.

The photos come just days after her Kentucky family farm, which also serves as the Camp Hi-Ho summer camp, was destroyed in a “horrible fire” Friday evening. (No people or animals were harmed.)

“Don’t Look Up” is one of four films Lawrence is working on, according to IMDb. Her last film in theaters was 2019’s X-Men installment “Dark Phoenix.”

The actress recently celebrated her first wedding anniversary with Cooke Maroney; the couple married in October 2019. The two were snapped dining out in New York in August.