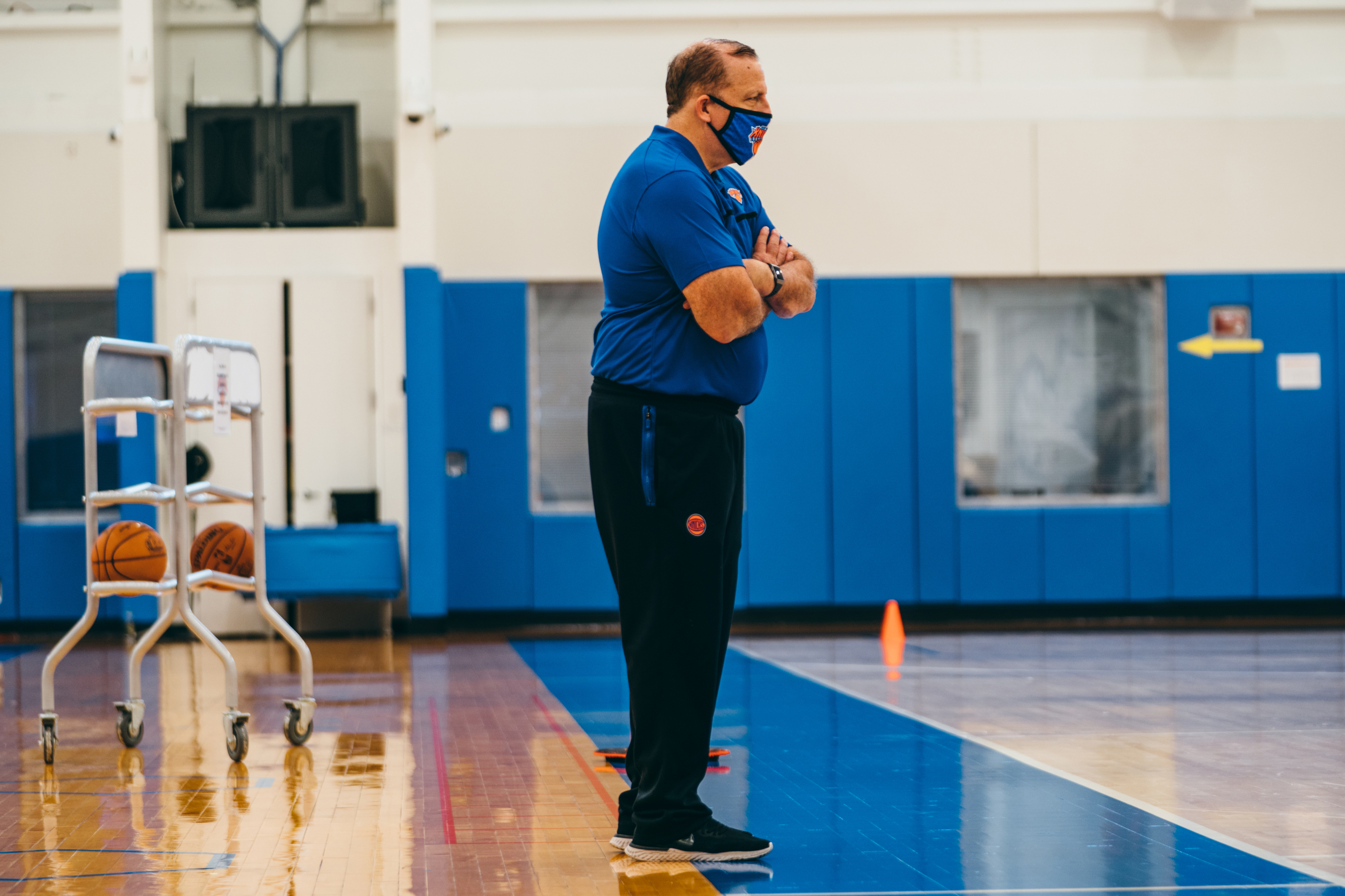 With COVID-19 raging and travel considered a great risk during the holidays, the Knicks received a lump of coal from the league when the schedule was released last week.

With the first half of the 72-game schedule out, 12 of the Knicks’ first 19 regular-season games are on the road, including a late-January western swing to Golden State, Sacramento, Portland and Utah.

NBA protocols are being put in place for road travel — including not arbitrarily leaving the hotel — and the Knicks better read up.

“Every year when the schedule comes out, I think every coach feels like he got the worst schedule in the league,’’ Knicks coach Tom Thibodeau said via Zoom on Monday. “If you have a lot of road games early, that means you’re going to have a lot of home games later. Whatever we have to face, we’re excited about that opportunity, and the challenge for us is to be ready. We’re playing high-caliber teams. That’ll be a good measuring stick for us.”

The Knicks open on Dec. 23 in Indiana and play five of their first seven games on the road. The Post reported Sunday MSG Network broadcasters Mike Breen and Walt Frazier are unlikely to travel to road games at the outset, doing the games instead from a New York studio. The NBA is discouraging broadcast teams from trekking to road contests.

Thibodeau said the organization is “very concerned because it’s serious’’ about members of the traveling party getting COVID-19. “I think it’s important for us to follow the protocols,’’ he added. “Obviously, what’s going on in the country is very concerning.’’

After two days of group practices, so far, so good for Kevin Knox, their 2018 lottery pick coming off a lousy second season. Thibodeau said the small forward was “pressing’’ to prove himself last season.

“He’s had two really good days of practice so far,’’ Thibodeau said. “I hope he can sustain that over a long period of time. But he’s a young guy that has to get better. Looking at the shots that he had taken last year, the ones that he took which I would quantify as good shots, he made those. So I think he started pressing and took some tough shots. When Kevin Knox takes good shots he’s going to make them.”

Combo guard Austin Rivers, signed as a free agent last month, has a pulled groin and has been limited in practice. It would seem doubtful he’s ready for the first preseason game in Detroit on Friday. The Knicks normally make room for a couple of training-camp bodies targeted for G-League action.

A source confirms they may add former Kings and Trail Blazers big man Skal Labissiere, who played at team president Leon Rose’s favorite school, Kentucky. According to a source, the Westchester Knicks may join a group of teams to play a shortened season in an Atlanta bubble.