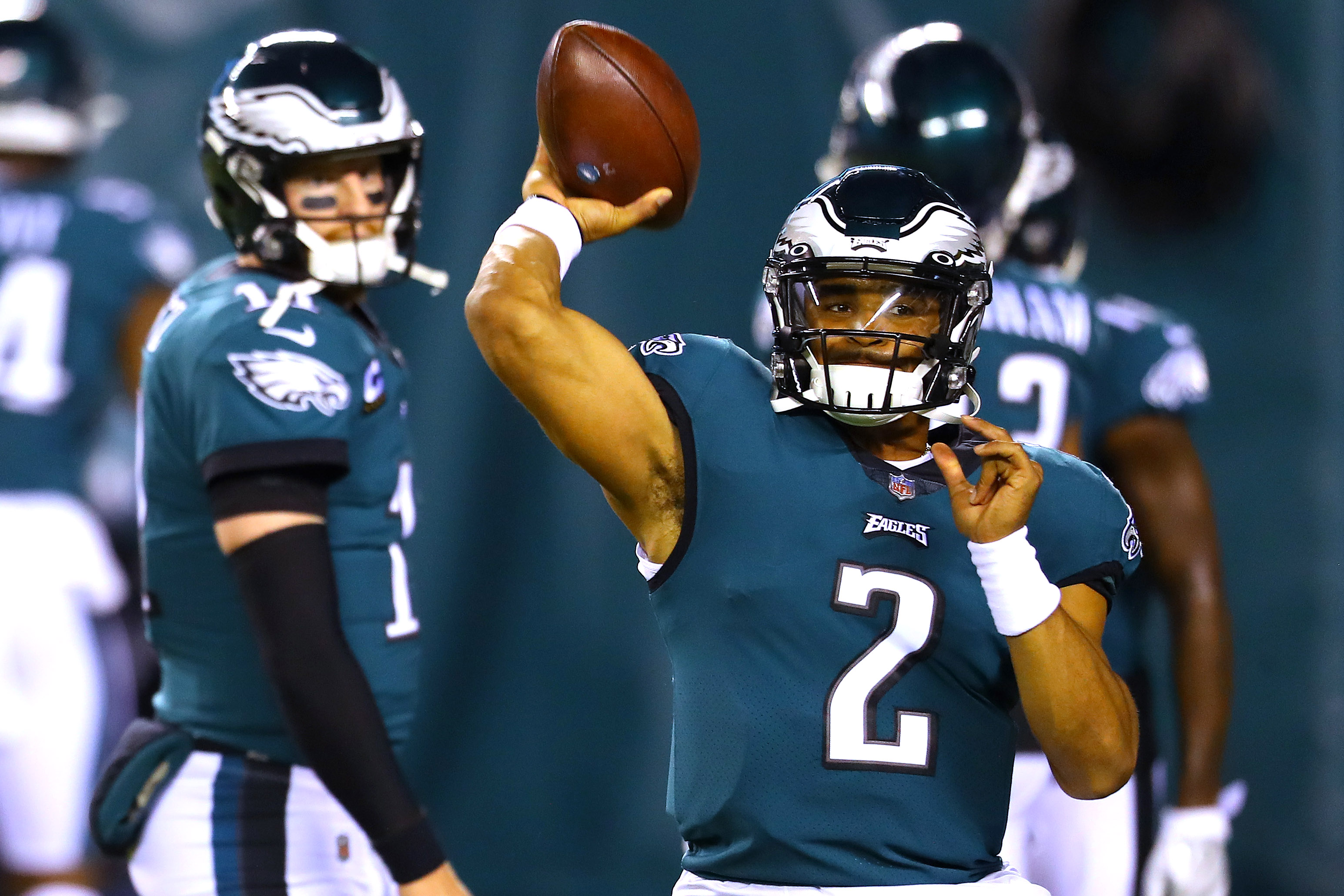 The Eagles have given up on Carson Wentz for now.

Jalen Hurts will start for the Eagles on Sunday against the Saints, the team announced, sending the former No. 2 pick Wentz to the bench.

Wentz has been a shell of himself this season, failing to move the Eagles offense consistently. Philadelphia’s season has crashed to 3-8-1 and it is 1 1/2 games behind the Giants and Washington in the NFC East.

Wentz, 27, has 16 touchdowns and 15 interceptions, while only completing 57.4 percent of his passes thus far this season. Hurts, the rookie out of Oklahoma, replaced Wentz late in the Eagles’ loss to the Packers on Sunday.

“I never like to think like that,” Wentz told reporters about talk of his benching on Sunday. “Obviously, there’s been chatter, I’ve had to get a lot of questions over the last handful of weeks. But I don’t let my mind go there at the end of the day. I’m a competitor and when I’m out on that field, whether it’s practice or a walkthrough or a game, I’m going to leave it all on the field and do everything I can. And today that’s what I did.

“I don’t think I played my best but I did everything I could and at the end of the day I came out of the game and that’s not my call.”