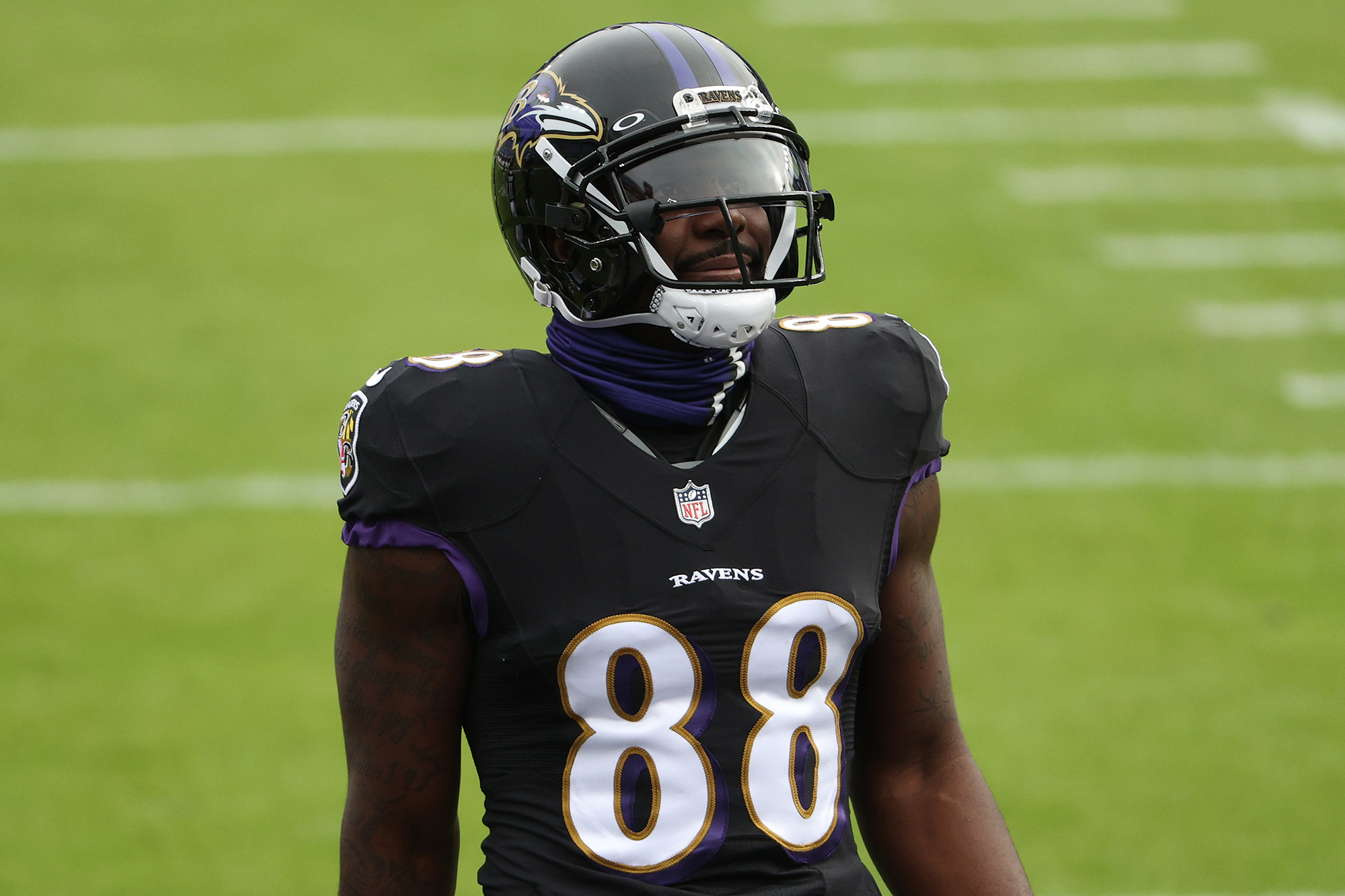 It’s hard to argue that anyone in the sports world had a more eventful night than Ravens wide receiver Dez Bryant. The 32-year-old was pulled from warmups hours before the team’s matchup with the Dallas Cowboys after a positive COVID-19 test, then declared he “quit” the 2020 season on Twitter before changing course and saying he was coming back.

The three-time Pro Bowler remained active on Twitter throughout the game, first tweeting he was going to “drink some wine and cope.” He then asked his followers to post pictures of their wine glasses, several of which he retweeted.

One of the photos he retweeted was of a woman drinking out of a Cowboys wine glass – the team Bryant’s Ravens were playing, as well as the team he spent the first eight seasons of his career with.

At one point, Bryant asked Twitter if they wanted to “hear about my businesses I’ve been working on,” and later said he’s “not drunk yet” and was getting his “business stuff together” to share with everyone. However, he never mentioned it again.

He did praise his teammate Marquise “Hollywood” Brown for a TD catch early in the game, and tweet “Great team win!!!” after the Ravens won, 34-17.

The game would have been Bryant’s first chance to face his former team since he left the Cowboys in 2017, and he shared his frustration in being pulled at the last possible second.

“This was more than just another game for me… It wasn’t about revenge.. I didn’t need a catch… I wanted to make a point…” he tweeted.

He shared a clip from the Ravens official Twitter account of Lamar Jackson, saying about Bryant, “We got to win that game for him because we knew how much it meant to him.”