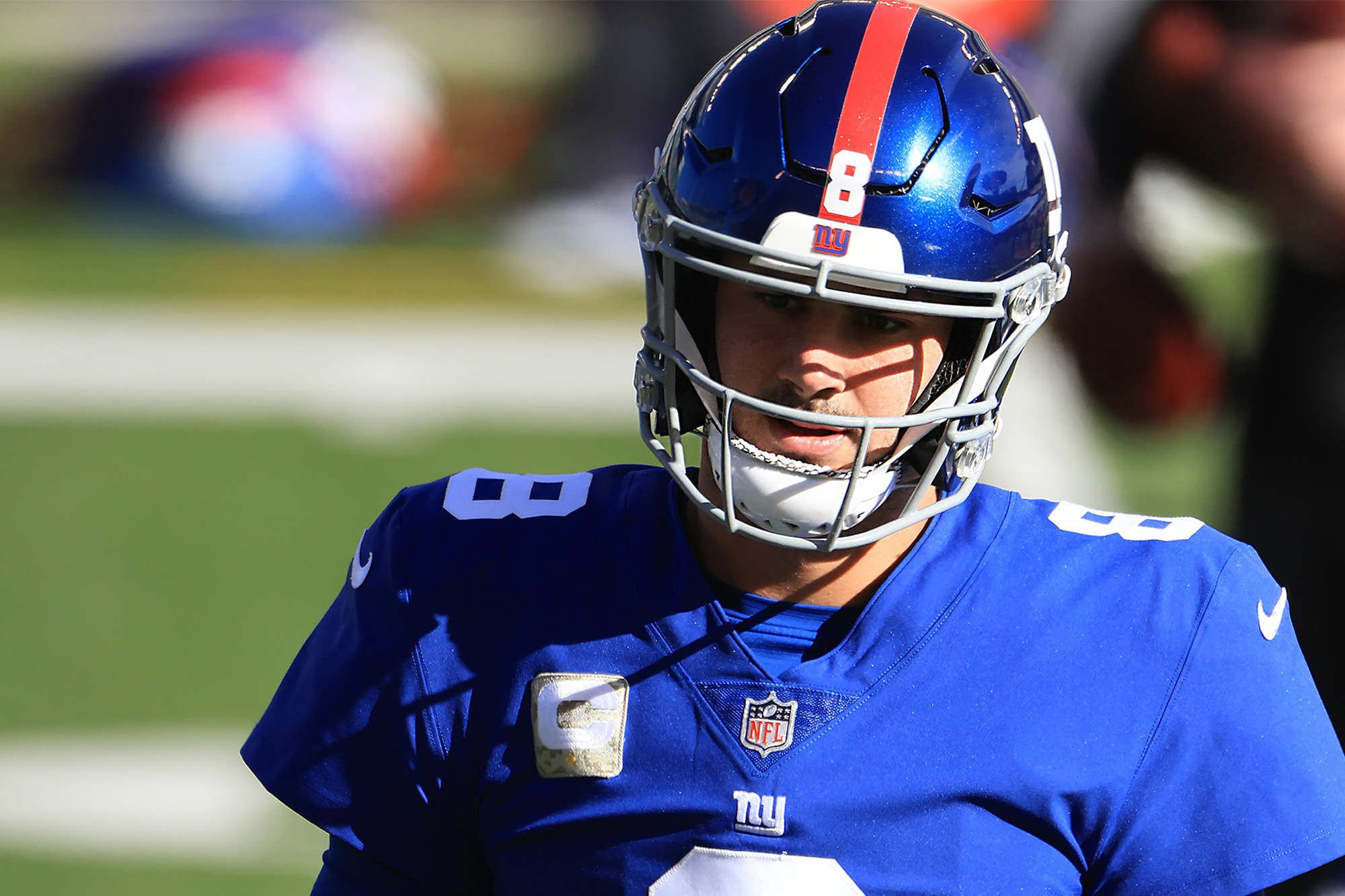 The Giants are holding their breath after Daniel Jones was holding his right hamstring.

Jones left Sunday’s game against the Bengals in the third quarter when he slid to the turf and grabbed the back of his leg. He grimaced while getting to his feet and then made an awkward throw on the next play as he could not put his weight into it or run through the open hole.

Veteran backup Colt McCoy made his Giants debut in place of Jones. His first pass was a completion for a loss of nine yards and his second was a dropped interception that allowed the Giants to kick the go-ahead field goal.

Jones went into the blue medical tent on the sideline. He came back on the field for two plays but clearly was limited in his ability to step into a throw, prompting McCoy to return.

The Dallas Cowboys and Washington Football Team lost starting quarterbacks Dak Prescott and Kyle Allen to injuries against the Giants earlier this season. The Philadelphia Eagles rotate Carson Wentz and Jalen Hurts, meaning Jones had been the only NFC East quarterback to play every snap this season as the four teams compete for one playoff spot in a tight race.

Jones is in the middle of the longest streak of turnover-free play (10-plus quarters) of his career.

McCoy is 7-21 in his career but this is only his second appearance since a broken leg suffered in November 2018.