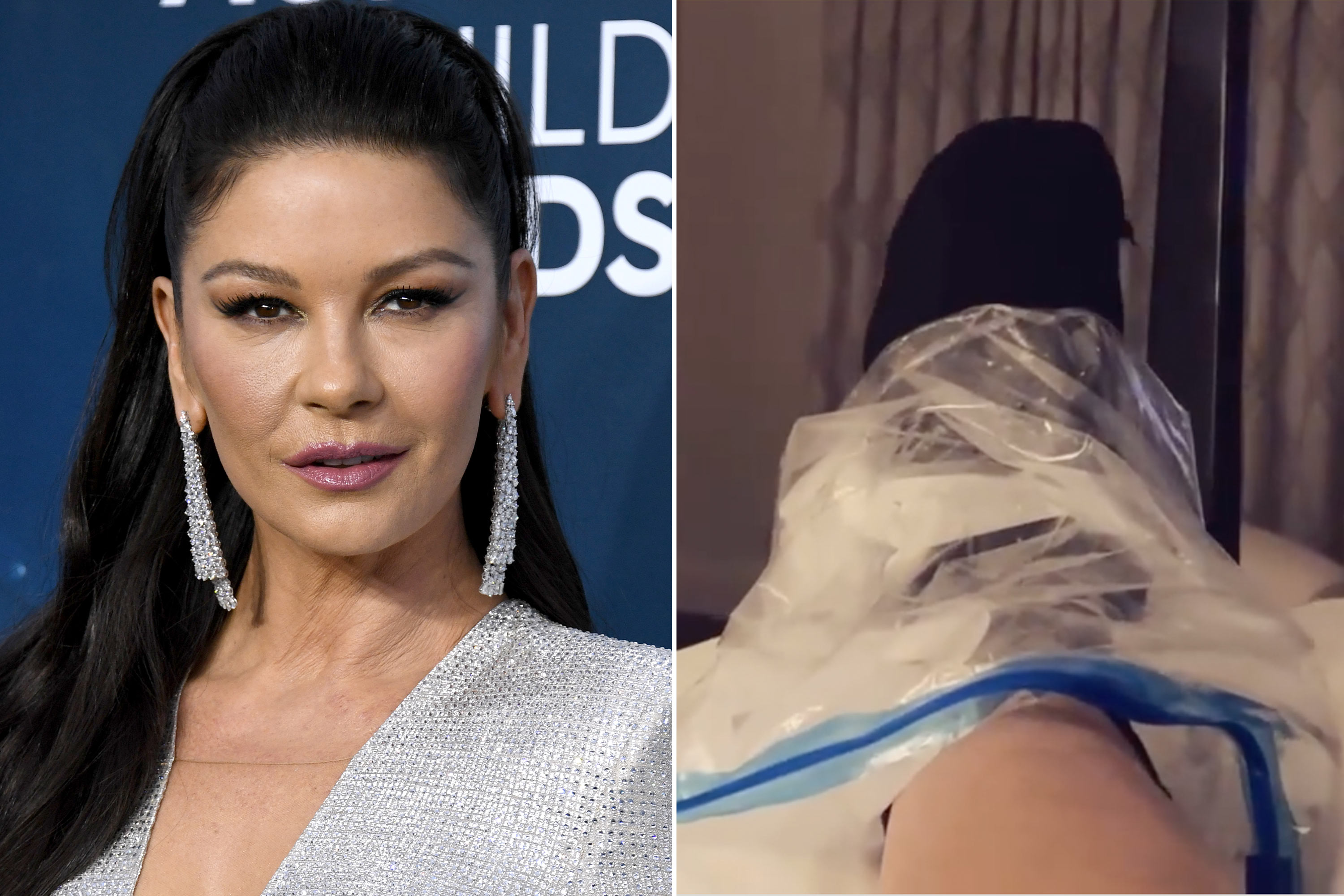 Catherine Zeta-Jones is laying it all on the line in the name of the holidays.

The 51-year-old Oscar winner shared a video on Instagram in which she revealed that she’d injured her foot while decorating.

The star recounted the incident on Sunday while giving fans a gander at her foot as she iced it.

“So, I was putting up my Christmas decorations and an iron rod that’s supposed to be a sculpture — which I don’t even like — fell on my foot, and it hurts,” said the actress in the clip. “Happy Sunday.”

In a follow-up video, Zeta-Jones showed off her decor, which featured a Christmas tree decorated with red hearts and glowing lights.

“Thank you for all your well wishes,” she said. “I hurt my foot doing this. Was it worth it?”

In the caption, she further delved into the injury.

“Thought I would share the fruits of my labor (or labour, if you are reading this in Britain!) Hurt my foot after completing this still life masterpiece,” she wrote. “The pain was worse than labor/labour, but I feel so festive now, but not as festive or as fabulous as the fabulous Mariah Carey. Maybe next year. Anyway, Happy Hanukkah.”

Zeta-Jones celebrated her 20th wedding anniversary with her husband Michael Douglas last month, and to celebrate, the actor shared the story of how he met his future bride.

Douglas, 76, said he was wowed by Zeta-Jones after a screening of “The Mask of Zorro,” and arranged a meeting with her at the Deauville Film Festival.

The actress agreed and they hit it off and enjoyed time together at the festival before Douglas laid a heavy pick-up line on Zeta-Jones.

“I’m going to be the father of your children,” he told her, prompting the actress to leave.

Eventually, the pair “made contact again,” Douglas said in an audio message on Instagram, and “the rest is history.”

The couple married in 2000 and now share two children: Dylan, 20, and Carys, 17. Douglas also has a 41-year-old son named Cameron from a previous marriage.