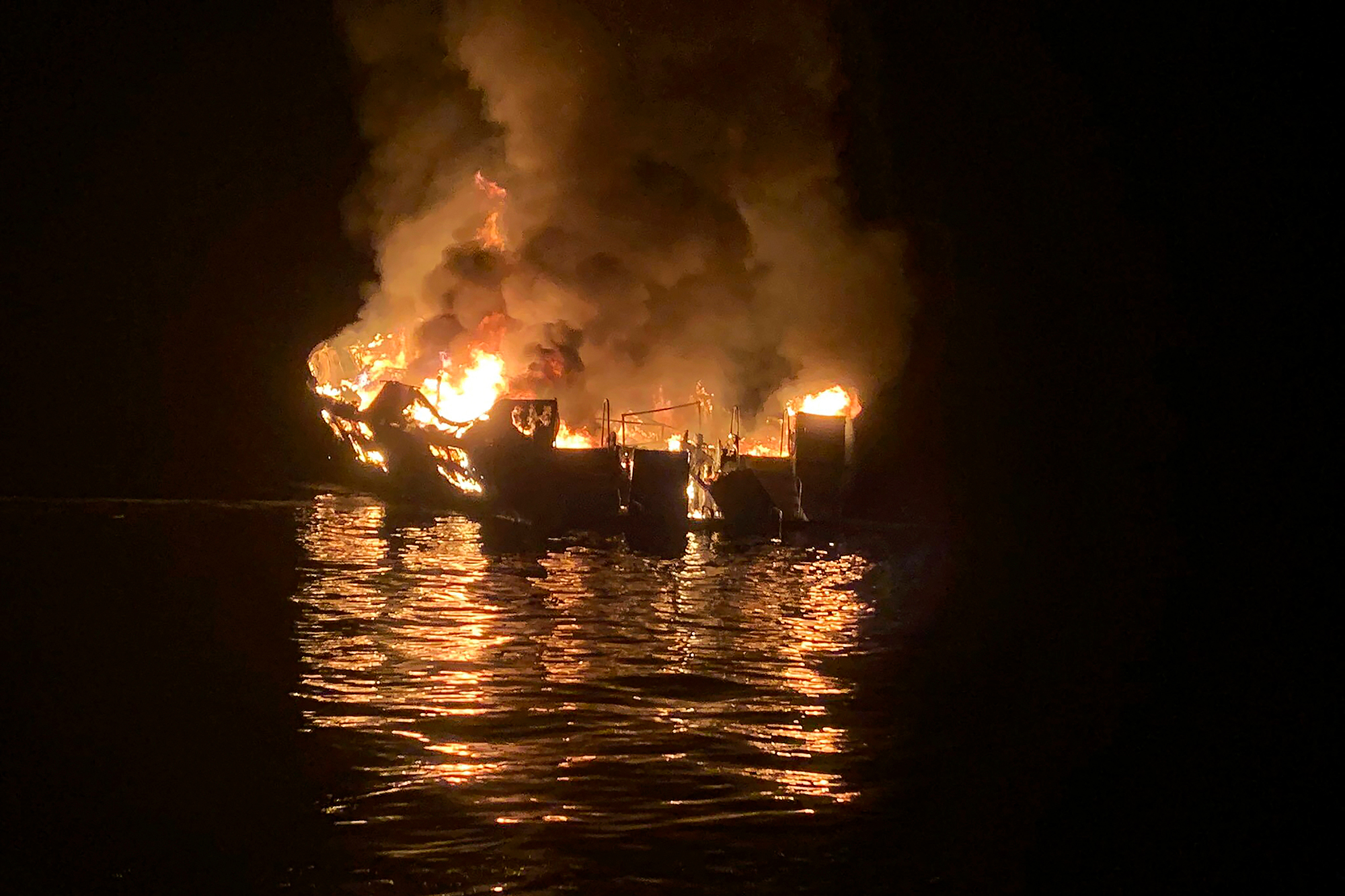 The captain of the Conception — the scuba diving boat that went down in flames off the coast of California last year — was indicted Tuesday on federal manslaughter charges in the deaths of the 34 people trapped below deck.

Jerry Nehl Boylan, 67, was charged with 34 counts of seaman’s manslaughter for allegedly causing the deaths through his “misconduct, negligence, and inattention to his duties,” according to the US Attorney’s office in Los Angeles.

“As a result of the alleged failures of Captain Boylan to follow well-established safety rules, a pleasant holiday dive trip turned into a hellish nightmare as passengers and one crew member found themselves trapped in a fiery bunkroom with no means of escape,” US Attorney Nick Hanna said in a statement.

Prosecutors singled out three alleged violations: failing to train his crew, conduct fire drills and have a roving night watchman on the 79-foot Conception, who would have detected the blaze sooner.

The charges come more than a year after the vessel caught fire and sank early on Sept. 2, 2019, during the last day of a Labor Day weekend scuba diving excursion near Santa Cruz Island off Santa Barbara.

The captain — who made a chilling distress call — and four crew members had all been asleep on the upper deck when the blaze broke out and were able to escape.

The 33 passengers and one crew member stuck in the bunkroom were far less lucky. All of them died of smoke inhalation.

Some of the dead, who ranged in age from 16 to 62, were found with their shoes on, leading to speculation that they had tried to flee, but that a stairwell and small hatch — the only exits to the upper deck — had been blocked off by flames.

The cause of the fire is still a mystery — and could remain that way since the blaze began in an area where divers had plugged in phones, flashlights and other items with combustible batteries.

The summary of Boylan’s alleged failures that night mirror those reported by the National Transportation Safety Board, which earlier this year faulted the boat’s owner, Truth Aquatics Inc., for lack of oversight.

The families of 32 victims have filed claims against the boat owners, Glen and Dana Fritzler, and the company.

The company has filed suit in federal court under a provision in maritime law to try and skirt payouts to the families.

The charges against Boylan each carry a possible 10-year prison term. They were brought under an old pre-Civil War law aimed at holding captains responsible for maritime disasters, which were far more common at the time.

Boylan is expected to surrender to federal authorities in the coming weeks.