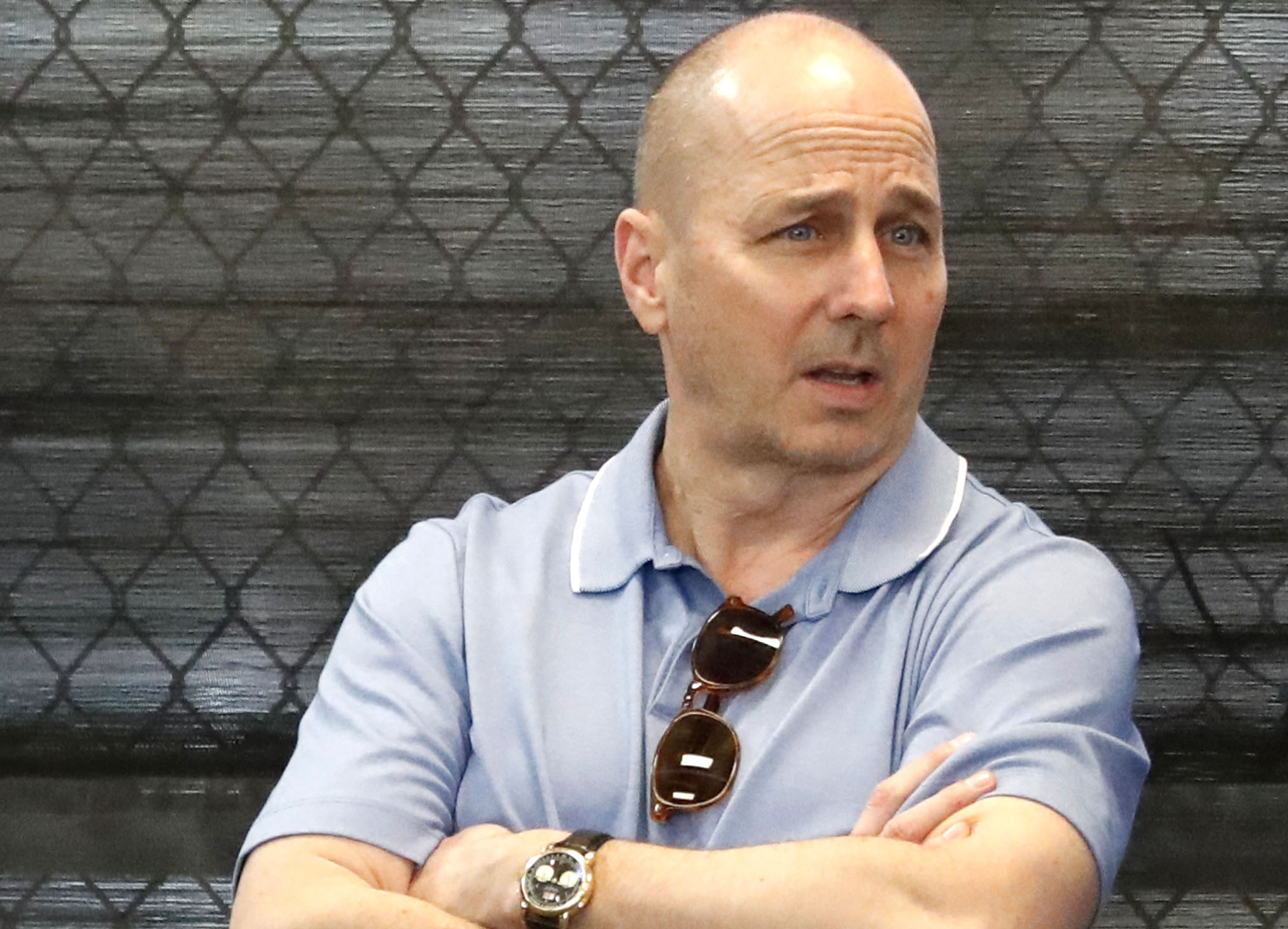 The Yankees might be counting on their young pitchers more than ever before next season.

With Masahiro Tanaka, J.A. Happ and James Paxton all on the free-agent market — and possibly gone from The Bronx for good — the Yankees have little rotation depth, but general manager Brian Cashman said last week they might stick with what they currently have behind Gerrit Cole.

That could include Domingo German, who finished serving his suspension for violating MLB’s domestic violence protocols last year, and eventually Luis Severino, after the right-hander comes back from Tommy John surgery.

Cashman called them “No. 2 [starters] at worst,’’ but the Yankees can’t count on too many innings from either starter due to their lack of action last season — which would leave them with Jordan Montgomery and some combination of Deivi Garcia, Clarke Schmidt, Mike King, Nick Nelson, Miguel Yajure and perhaps Jonathan Loaisiga.

Nevertheless, the Yankees have remained quiet on the free-agent front when it comes to pitching, and that could continue if they sign DJ LeMahieu and decide not to spend more money this offseason.

Cashman said that might be the case during the week on the YES Network.

“Would I like to add to [the rotation]? The answer is yes, if we can,’’ Cashman said. “I think it’s best served to do so, but at worst, you could certainly daydream just to believe that you might actually have everything that you need there.”

If that’s the case, they will be asking a lot of some inexperienced arms.

Montgomery, 27, leads the group with 46 games started in his major league career. The 26-year-old Loaisiga has 11 starts, but has battled injuries. Garcia, King, Schmidt, Nelson and Yajure have made a combined 11 starts.

“We’re really high on Montgomery, and I think he’ll continue to take his next steps,’’ Cashman said. “I think Deivi Garcia at the end, what he did last year, was something that gives us great optimism. The limited experience and exposure that he got should serve him well moving forward.”

But Cashman didn’t rule out making changes, and Tanaka or Paxton could still be brought back. Trevor Bauer seems to be out of their price range, with the Yankees looking to stay under the $210 million luxury-tax threshold.

Corey Kluber, Jose Quintana and Taijuan Walker are some other inexpensive free-agent options, and the Yankees may also look to the trade market.

As Cashman said last week: “If I can add to our pitching, we will.”