We’re all spending more time at home these days. With the holidays just around the corner, it’s a good idea to stock up on some hilarious (and potentially naughty) party games like the amazing Exploding Kittens. Did you know that they actually have a family version of Cards Against Humanity now?

They make amazing gifts for friends and family, too. Check out these amazing deals on some of your favorites. But hurry: these deals are only good for Black Friday. Once the day is over, so will these bargains.

Save 50% on the Exploding Kittens Card Game

Exploding Kittens might be the looniest 15 minutes you ever spend around a table with other people. Exploding Kittens is a game for anyone who gets excited about kittens, explosions, laser beams, and maybe goats. The game is the brainchild of Matthew Inman, creator of The Oatmeal.

Regularly it’s $20 which, for the frivolity it provides, is a steal. Exploding Kittens is on sale for Black Friday for just $9.99. That’s 50% off, cowboy. It’s a strategic game version of Russian Roulette in that if you draw an exploding kitten card, you lose the game.

Exploding Kittens is perfect for adults, teens, and kids; it’s easy to learn because the rules are basically right on each card and you make things up as you go. The object of the game is to discard all the cards in a hand without, um, blowing up.

Save 50% on Exploding Kittens

Save 50% on the Exploding Kittens Party Pack 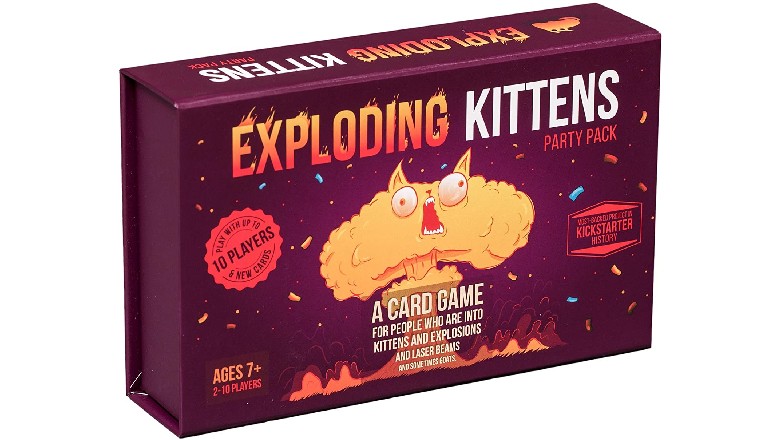 More than 9 million copies of Exploding Kittens have been sold and there’s a reason for that: it’s fun, crazy, and fun (I’m aware that I used “fun” twice). When we’re all allowed to get together socially again (that time is coming!), you’ll be glad you picked up the Exploding Kittens Party Pack ahead of time for half off.

The Party Pack is the same family-friendly party game as Exploding Kittens but with this box, you’ll be able to cram 10 players around the table! Double the players, double the strategery. No less a haughty news outlet than CNN said of Exploding Kittens: “It’s like UNO, except there are goats, magical enchiladas, and kittens that can kill you.” Sounds like a fun time.

Save 50% on Exploding Kittens Party Pack

Save Up to 50% on Exploding Kittens Expansion Packs 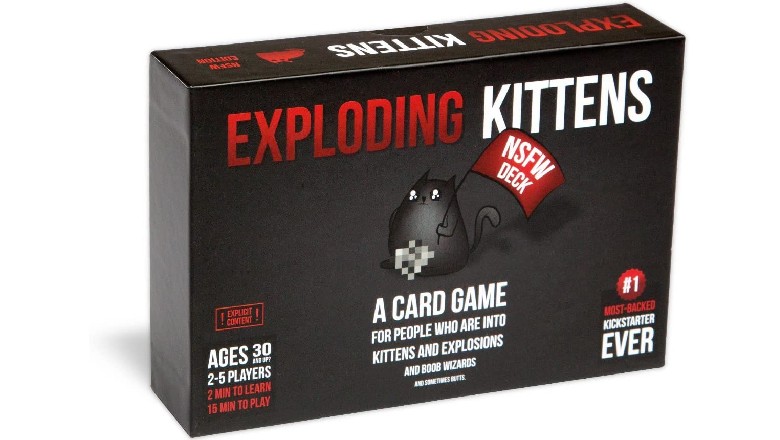 A great card game like Exploding Kittens wouldn’t be great if there weren’t expansion packs to make the game better. While the original game is more than capable of entertaining the masses without them, the difference here is that you’ll have so much fun with this goofy card game that you’ll want to pick up the expansion packs.

There are four expansion packs on sale for Black Friday: Streaking Kittens, Imploding Kittens, Barking Kittens (complete with wearable cat crown), and Not Safe for Work Kittens. Trust me: those NSFW kittens are very, very naughty. For the deal these packs are on right now, you would be wise to grab them all in one go.

Save 50% on Exploding Kittens Party Pack

Save 42% on Bears Vs Babies Monster Building Game 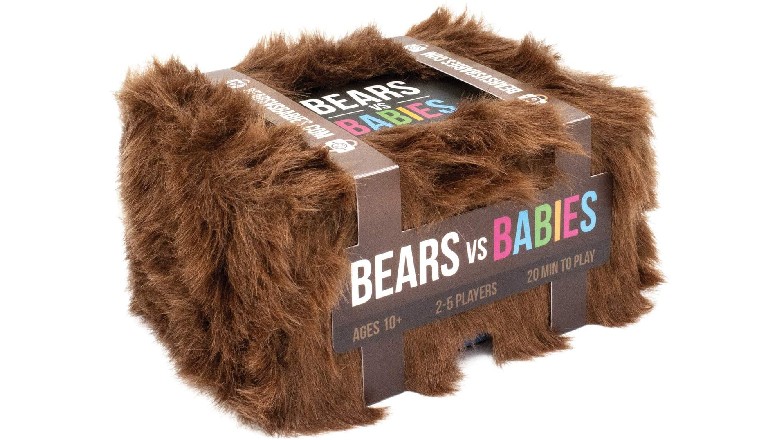 From the geniuses that brought Exploding Kittens to life, I give you Bears Vs Babies: A Monster Building Game. Basically, the goal of each round is to…er…build magnificent monsters to…er…eat despicable, horrible babies. And the player to eat the most babies wins. Uh, yeah.

Stitch together a Handsome Salmon armed with knives and burritos or a Pomeranian of Light and Wonder in business attire who can run at light speed. Give your creation limbs, weapons, and special hats to help prepare them for the inevitable infant onslaught. Outbuild the babies and other players to win.

You can upgrade your monsters with wicked power tools, caffeine IV drips, party hats, and more. Gameplay gets more intense with provoking other players, secret identities, softly sung lullabies, or dismemberments. You may have to trust me on this one that you’ll be crying from laughter with this incredibly funny card game great for families with kids 10 and over.

Save 42% on Bears Vs Babies Party Game 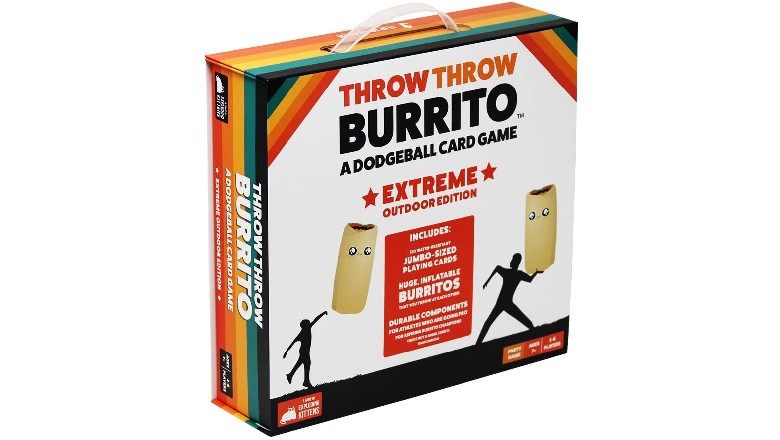 We all know that social gatherings these days need to be at least six feet apart and preferably outdoors. Throw Throw Burrito is a game that’s totally up for that. This version of the hilarious dodgeball game is slightly different: this is the extreme outdoor edition featuring water-resistant jumbo-sized playing cards and huge, inflatable burritos that you throw at each other. Having an outdoor edition of the game is awesome in this age of the pandemic.

Players attempt to collect matching sets of oversized cards faster than each other while ducking, dodging, and chucking large three-foot-tall (!) inflatable burritos. The cards you collect earn points but if you get hit with a burrito, they all go away. Rack up points by finding matching sets of three from the deck and steal points from your opponents by hitting them with the giant burritos.

Save 25% on Cards Against Humanity: Family Edition 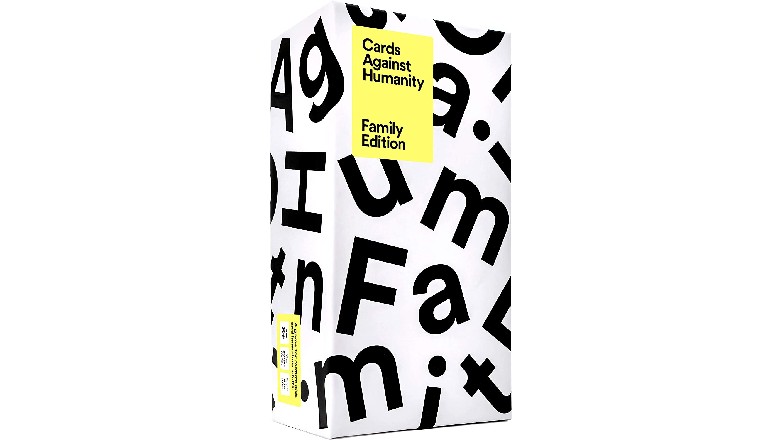 By now, even if you haven’t actually played Cards Against Humanity, you’re most likely aware of the object of completing a sentence or answering a player’s question with outrageous, ribald statements designed to make the entire group shake with embarrassing laughter. Playing CAH is most likely the hardest I’ve ever laughed to the point of almost passing out.

The challenge is that you really (really) can’t play this game with children. Until now, that is. Cards Against Humanity: Family Edition isn’t just the regular game with all the adult stuff taken out. They rewrote the entire thing and playtested it with thousands of families.

The game includes 600 cards packed with groundbreaking (their word, not mine) toilet humor, such as “Filling my butt with spaghetti” and “A cloud that rains diarrhea.” Ah, memories. Make sure your kids are ages 8 and up to play but don’t worry, there’s no adult content.

Save 25% on Cards Against Humanity: Family Edition

Disclaimer: Heavy Inc. is a participant in the Amazon Services LLC Associates Program and other affiliate advertising programs and may receive a commission if you purchase a product via a link on this page.