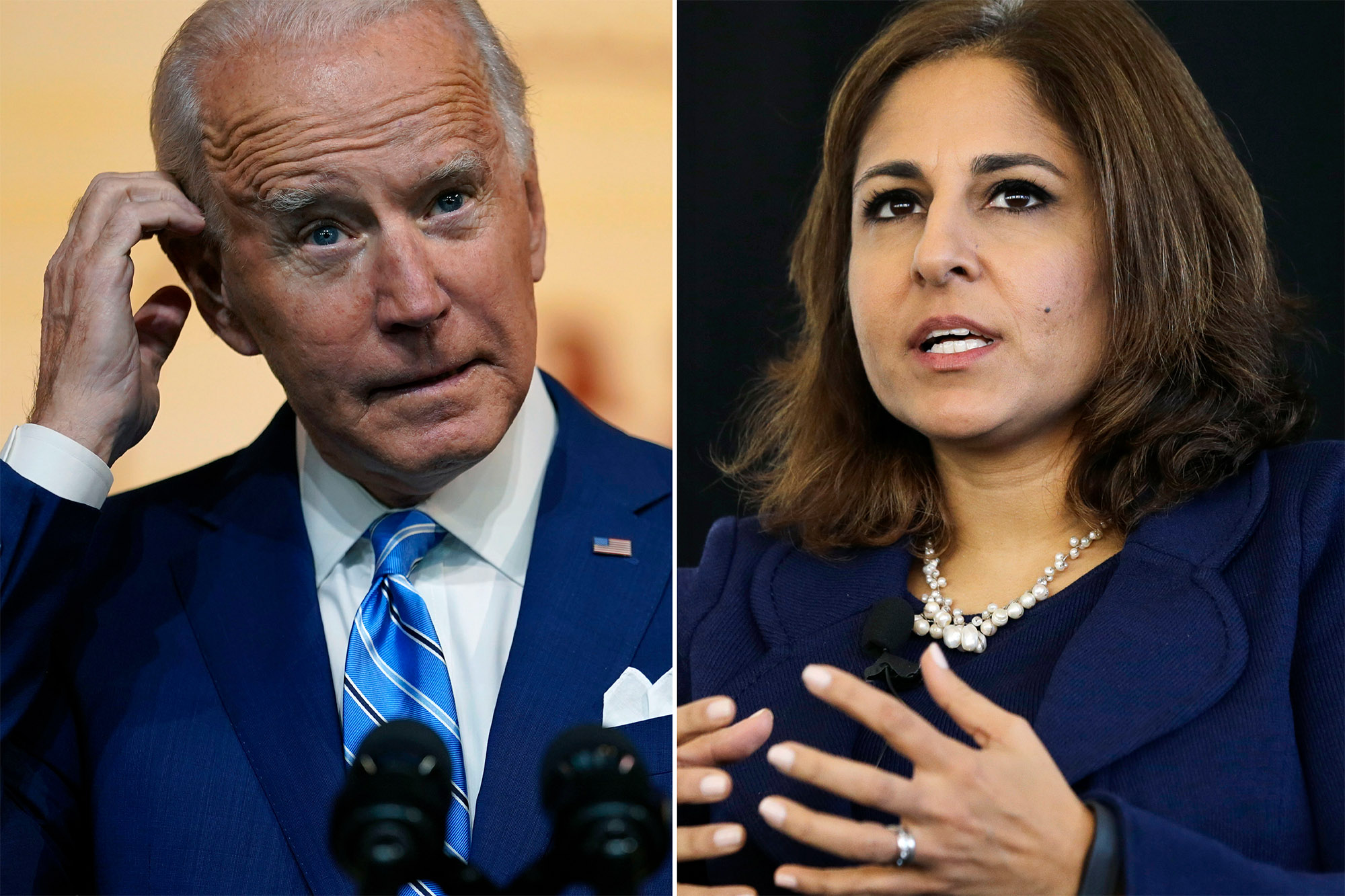 The 50-year-old president of liberal think tank Center for American Progress and long-time Clinton loyalist served as an unpaid advisor during her 2016 White House bid and repeatedly claimed in the weeks after Trump’s victory that Clinton only lost because of Kremlin operatives.

In a series of tweets, some still online Monday, Tanden claimed the “Russians did enough damage to affect more than 70k votes in 3 states,” referring to Clinton’s losing margin in the Rust Belt states of Wisconsin, Michigan and Pennsylvania.

“Why would hackers hack in unless they could change results? What’s the point?” she speculated, suggesting this was why “Trump was as surprised as everyone else” by his win.

Her selection on Monday as Biden’s OMB chief, a hugely-important role which oversees the administration’s financial management, quickly went down in flames as Republicans said there was no chance she would be confirmed by a GOP-controlled Senate.

Tanden has a history of making inflammatory comments about Republican senators which she swiftly began deleting on Monday after news of her confirmation broke.

Josh Holmes, the former chief of staff to Senate Majority Leader Mitch McConnell speculated on Twitter that Tanden’s nomination was a “sacrifice to the confirmation gods” while Garrett Ventry, an ex-adviser to the Senate Judiciary Committee’s GOP majority, said it would be “a funeral.”

Tanden would need 51 votes in the Senate to become chief of the OMB. Democrats control 48 seats but are hoping to pick up two more in the Georgia Senate election runoffs in January.

“Neera Tanden, who has an endless stream of disparaging comments about the Republican Senators’ whose votes she’ll need, stands zero chance of being confirmed,” he wrote Monday.

Unveiling his economic team on Monday, Biden also announced Cecilia Rouse to direct the Council of Economic Advisors, which provides the president with objective economic advice.

Biden will inherit the White House amid an unprecedented economic crisis caused by the COVID-19 pandemic, but in a March interview with Vox, Rouse, a former member of Obama’s Council of Economic Advisers, claimed the US didn’t need any financial stimulus.

“Right now, we don’t need stimulus. We need the opposite of stimulus,” Rouse claimed. “We want the economy to stop, in many ways. Right now, we need liquidity. We need people to be able to pay bills.”

Gridlocked for months, Congress is yet to vote on extending small-business Paycheck Protection Program loans or the $600 per week federal boost to unemployment insurance with millions of Americans out of work.

On Sunday, the former veep also named his all-female communications shop which will be led by Kate Bedingfield, who was the campaign communications director.

Jean-Pierre, a former MSNBC contributor, also has a history of peddling conspiracy theories, claiming in a March interview on the liberal network that the president claimed the Coronavirus was “a hoax.”

In October 2017, Jean-Pierre also claimed that Trump was “essentially defecating on women” by allegedly signing unspecified executive orders to take away their rights, and in January 2019 insisted that the president’s criticism of the intelligence community felt like “authoritarianism.”