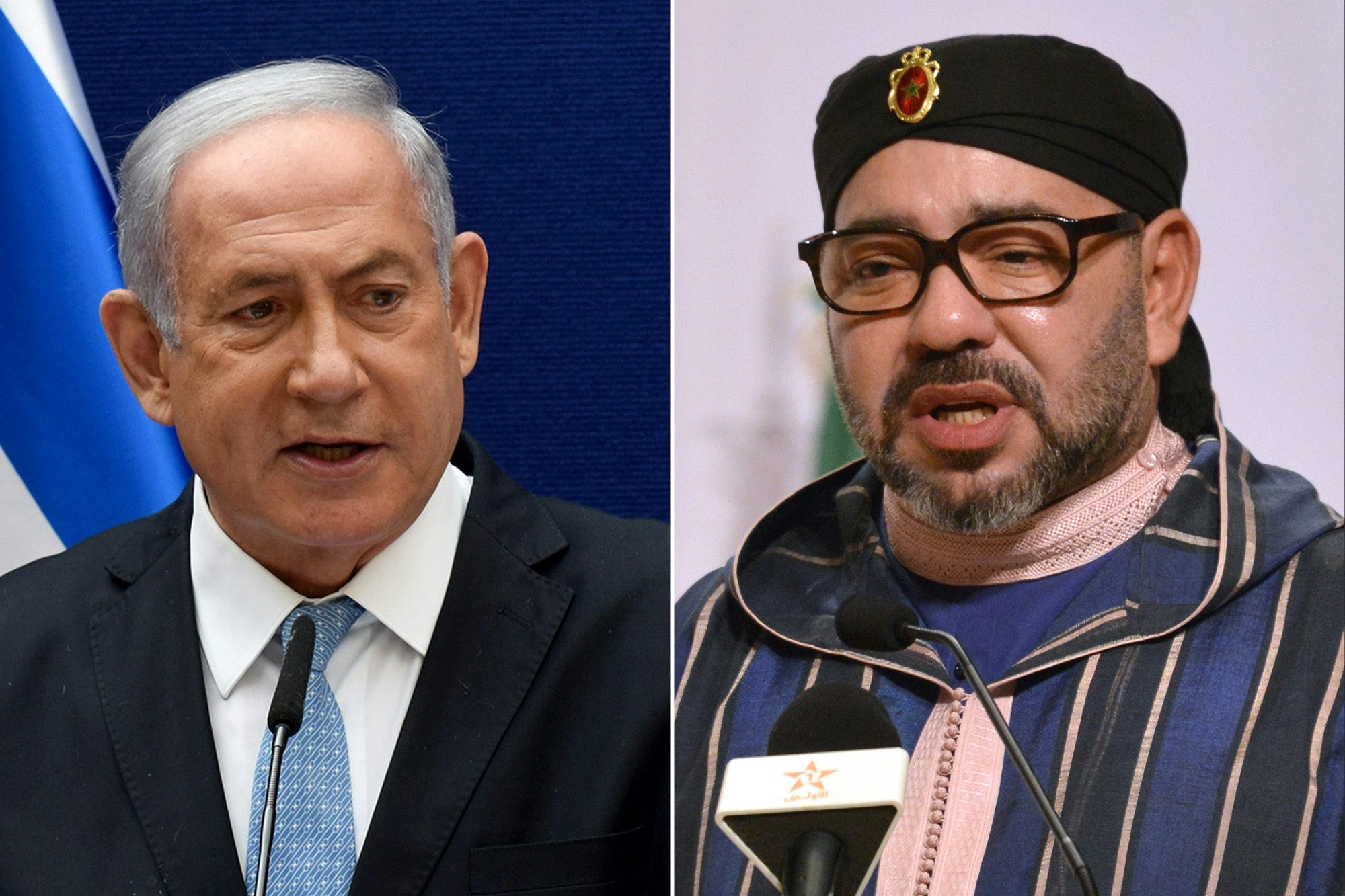 Israeli Prime Minister Benjamin Netanyahu hailed the “historic” news that Morocco will recognize the Jewish state – and is expected to hold a phone call with King Mohammed VI and President Trump on Friday about the new ties, according to a report.

“This will be a very warm peace. On this Hanukkah, the light of peace has never shone brighter than today in the Middle East,” Netanyahu said after the announcement Thursday, The Times of Israel reported.

“I’ve always believed that this historic day would come — I’ve always worked for it,” added Netanyahu, who thanked Trump for brokering the Jerusalem-Rabat agreement, in which the US is recognizing Moroccan ownership of the Western Sahara, a former Spanish colony occupied by an Algerian-backed rebel movement.

“President Trump, the people of Israel will be forever indebted to you for your magnificent efforts on our behalf, he said.

Netanyahu also thanked the Moroccan king for his “historic decision to bring a historic peace” between the two nations.

“And hundreds of thousands of these Moroccan Jews came to Israel and they form a human bridge between our two countries and our two peoples — of sympathy, of respect, of fondness and love,” Netanyahu said.

El Al said it would immediately begin preparations for direct flights to Casablanca, The Times of Israel reported.

“We have long been examining the economic and operational possibility of running direct flights to Morocco,” the company said.

Gil Stav, vice president of marketing and sales at Israir, told the Maariv daily that the company would seek approval to fly to Morocco as soon as possible.

“This is a historic and joyful announcement,” said Stav, adding that he believed Morocco would be a very popular destination.

Arkia also said it would seek to operate a daily route to the North African nation, including “package deals, heritage trips and group trips.”