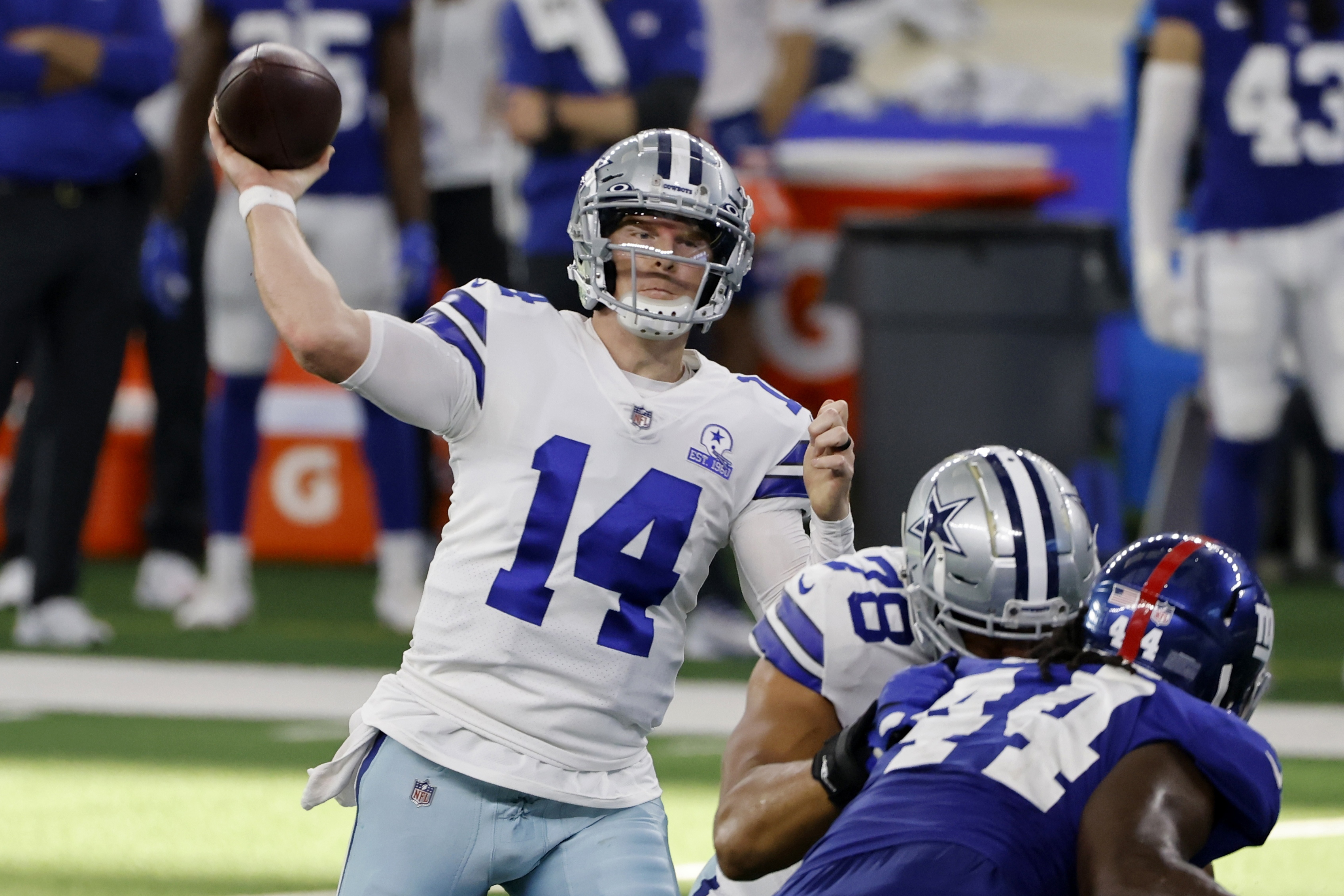 One of the longest-running jokes in fantasy football is the revenge-game narrative. When a player faces a former team, there is always some analyst who opines how a player will dominate in an effort to show up the team that discarded him.

From Eagles wide receiver DeSean Jackson lighting it up against Washington to Lions running back Adrian Peterson running hard against the Vikings, free agency has gifted us with this unorthodox and completely unproven way to dominate our competition. This week, those who stream quarterbacks get two amazing opportunities to serve up everyone’s favorite cold dish.

When Andy Dalton takes the field Sunday, it will be the first time in his 10-year career that he will be on the visitor’s side against the Bengals. Cast aside for the now-injured Joe Burrow, Dalton will have the opportunity to show up his former team and whichever backup scrub it decides to start under center this week.

Put aside the “revenge” angle for a moment and consider some other factors. Dalton has tremendous receiving weapons at his disposal and faces a defense that ranks 26th against the pass, allows the eighth-most passing yards per game and has given up 23 touchdowns through the air this year. The Bengals’ pass rush ranks dead last as well, so even the Cowboys’ offensive line struggles are minimized. What better way to trash-talk your opponent than to beat them with the “Red Rifle?”

If trusting Dalton makes you too nervous, then how about using Alex Smith when he takes on the team that drafted him, let the media abuse him then tossed him into the trash bin in favor of Colin Kaepernick? The veteran is the feel-good story of the year, having come back from massive leg reconstruction and has led Washington to two straight wins, putting it in contention for the NFC East title. The 49ers are still dealing with injuries on defense and are giving up nearly 250 passing yards per game at home this season. Smith has rookie Antonio Gibson lending his support out of the backfield and has an elite receiving weapon in Terry McLaurin.

Beating your opponent in Week 14 is great, but doing it while streaming mediocre quarterbacks is even better. Trash-talking throughout is priceless. Why not give yourself an early holiday gift and do all three? You can even call it “revenge” if you want.